Want something exclusive this Christmas? How about this £150k carbon fibre framed superbike? 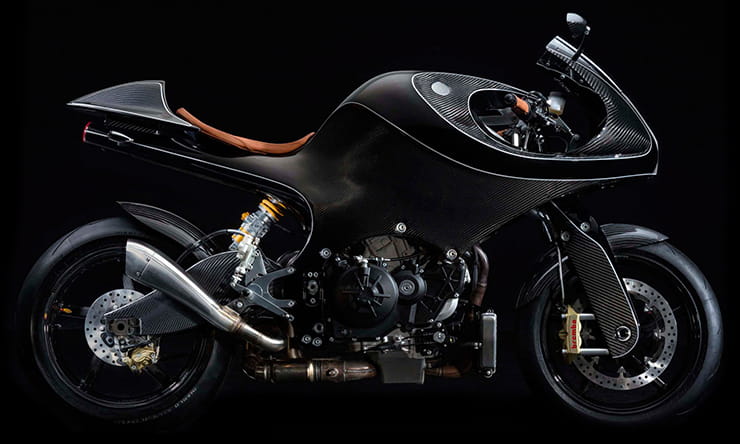 Here’s a bike that caught our eye at last week’s EICMA show in Milan. It’s the VanderHeide, a Dutch built, RSV4-powered, carbon fibre chassis limited edition superbike, of which only 25 will be built. Oh, and it costs 150,000 Euros.

But it is gorgeous, completely, utterly, drop dead gorgeous. It has been created by brothers Rolf and Sjors van der Heide, with styling from Michiel van den Brink, and they set out to create what they called a ‘Gentleman’s Racer’ that challenged the conventions of traditional motorcycle design.

Carbon fibre is all the rage this year, with bikes like Ducati's Superleggera and BMW's HP4 RACE concept also shown at EICMA, but the VanderHeide takes carbon usage to a whole new level. What we have is a 100% carbon monocoque chassis with full carbon swingarm and a patented front end design made from, you guessed it, carbon fibre. Unsurprisingly, the five-spoke BST wheels are also full carbon and the other componentry could have been pilfered straight from the world superbike paddock with Brembo brakes, Ohlins suspension and Pirelli Supercorsa SC rubber all gracing the VanderHeide.

The double wishbone front fork is linked to a Ohlins TTX36 damper, with the same shock also used at the rear. The two dampers are positioned in line, which the VanderHeide brothers claim eliminate opposing forces and reduces stress on the chassis. The steering angle is adjustable and can be changed with a basic allen key.

Power comes from Aprilia’s jewel like RSV4 motor, delivering a mere 201bhp in road trim or over 230bhp in ‘race configuration’. The detailing is stunning, from the race style MoTeC TFT dash to the hand crafted leather seat and matching grips. It’s a true work of art and if it sounds like your next ride, and you are sufficiently wedged up, head over to www.vanderheidemotorcycles.com to find out more. 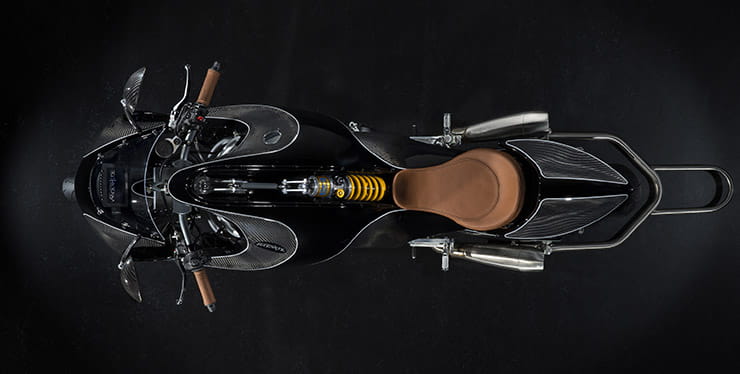