Ducati 1299 Superleggera: the £72,000 carbon-fibre framed beast coming to a road near you! 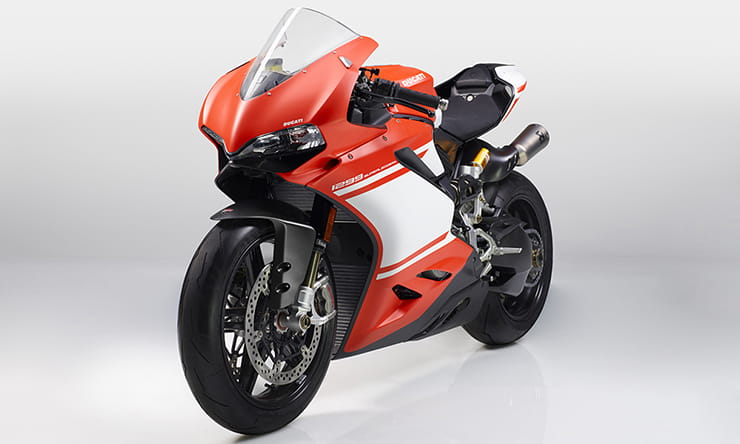 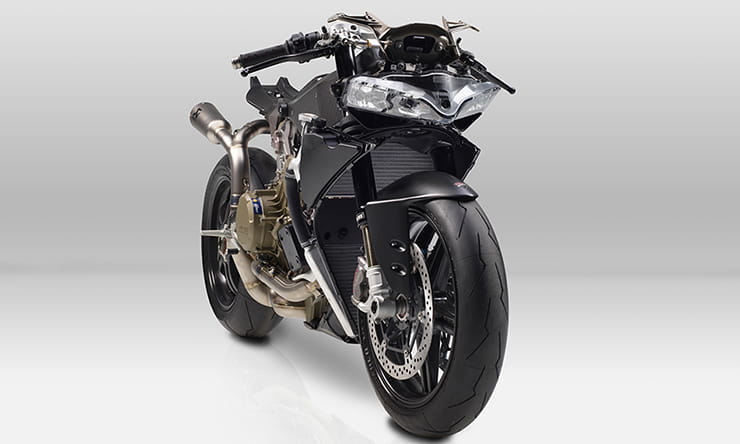 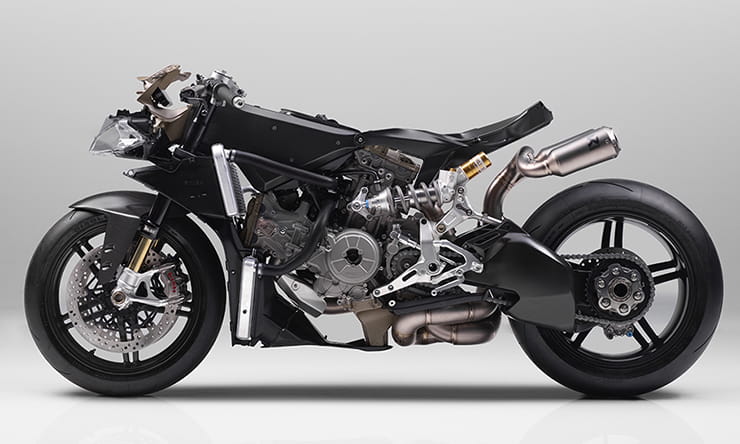 Just when you thought Ducati’s Superleggera was special, and the V4-powered MotoGP replica Desmosedici was the most spectacular Ducati you’ll ever see, along comes the new 215bhp, 157kg 1299 Superleggera. Wow!

More than that, it’s already sold out thanks to Ducati approaching exclusive Ducati owners even before the bike was officially released this evening. Do the maths and that’s some £36 million pounds coming through the gates of Bologna on this model alone.

Weighing in some 11kg less than a full-blown world superbike factory race bike, the new Superleggera 1299 has the kind of numbers that are getting close to a MotoGP bike, yet remarkably, the carbon-fibre framed superbike is for sale, for the road, but only in a limited edition of 500 ultra collectable bikes.

When we say carbon-fibre, we mean carbon-fibre everywhere. From the bodywork in carbon to the main chassis, swingarm, subframe and carbon wheels. No wonder it weighs so little. The monocoque frame itself uses a quality control system used in MotoGP and includes high-strength carbon-fibre with a resin system resistant to high temperatures and 7075 aluminium alloy inserts co-laminated into the composite structure. It weighs 40% less (or 1.7kg less) than the standard Ducati 1299 Panigale’s monocoque frame. The wheels feature aluminium hubs and save 1.4kg in weight and offer 26% less rolling resistance at the front, and 44% less rolling resistance at the rear to improve the handling and agility.

But, it’s not just about weight, the Superleggera is the most powerful twin cylinder motorcycle from Ducati ever made, outing out an astonishing 215bhp from. Even that number dwarfs the already mighty Ducati 1299S at a claimed 205bhp. 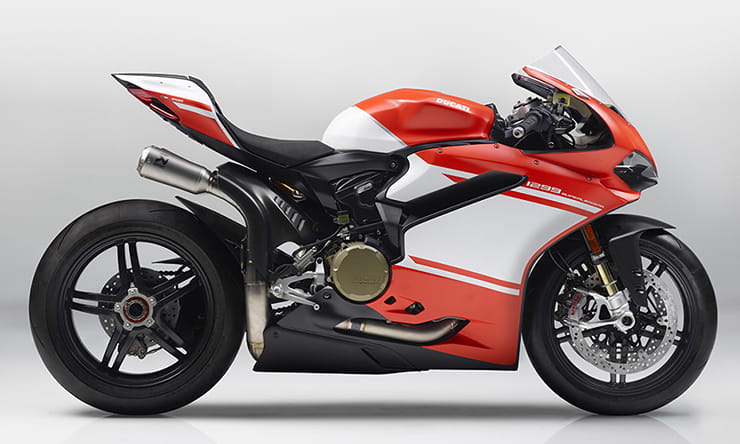 Controlling all that power is a new MotoGP-developed (well close to MotoGP) electronics package which uses a six-axis Inertial measurement unit as used on the 1299 Panigale S Anniversario. It features the next generation electronics with an evolution of Ducati Traction Control featuring Ducati Slide Control, and Ducati Power Launch control as fitted to the XDiavel, but a first on a Ducati superbike.

Though even without it, I can’t think of much this side of a MotoGP bike that is going to beat you off the lights. Ducati chose Pirelli’s Diablo Supercorsa SP tyres to keep all friendly.

Each bike will come with a track kit which includes a complete Akrapovic titanium racing exhaust system, a racing screen, number plate removal kit, sidestand removal kit, front and rear paddock stands and a bike cover. If they ever get seen outside of the future owner’s garages that it. We for one hope to see one on a track day soon, just so we can slobber all over it.