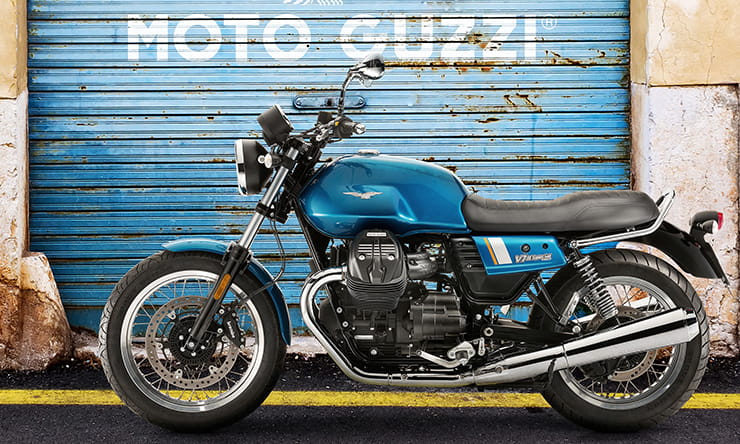 Proving that you can meet the strict new Euro4 emissions laws with a traditional air cooled engine, Moto Guzzi has unveiled a heavily revised version of its classic-from-the-factory V7 range for 2017.

Designated the V7 III, the third generation of the modern day V7 features a significantly updated engine and a host of chassis and spec refinements. As with the outgoing V7 II, there are several different specifications – from the entry level Stone, with single colour and cast wheels (above) to the traditional wire-wheeled Classic (pictured below) and upgraded Racer. As 2017 is also the 50th anniversary of the first V7 and the transversely-mounted V-Twin with which the brand has become synonymous, the company is also producing a limited edition of 750 Anniversario models that come complete with chrome fuel tank and leather saddle.

The latest V7 claims a 10% power increase over the outgoing model, although at 52bhp the 744cc motor remains mellow, although the Guzzi has always been about the attitude and feeling. That extra power, and Euro4 compliance, comes via a thorough overhaul that improve internal efficiencies within the ebgine. Crankcases have been modified and new crankshaft is said to deliver both improved response and more controlled engine braking.

Piaggio, who own the Moto Guzzi brand, say that the aluminium heads, pistons and cylinders are completely new, although the 80x74mm bore and stroke remains unchanged. In traditional Guzzi style, the V7 uses old school pushrods to actuate the two valves per cylinder. There’s also a new exhaust system with catalytic converter, as well as revised gearing.

Styling has been subtly updated, although Guzzi has been careful to retain the traditional design that gives the V7 its olde worlde charm. What’s not old, or traditional, is the optional Moto Guzzi multimedia platform that allows the bike to connect to a smartphone. The system extends the instrumentation on the V7, allowing five functions to be displayed at any time (such as speed, instant fuel economy, power and torque outputs) and allows trip information and routes to be recorded. The app also has a ‘find my bike’ feature to help locate your bike in a busy parking lot.

Overall, we’re not expecting the V7 to ride significantly differently to the outgoing model that charmed us in our retro group test earlier this year, but it looks like a worthwhile update that should make it more appealing to traditional Guzzi fans and those looking for a classic bike that comes without the hassle of owning an old machine. 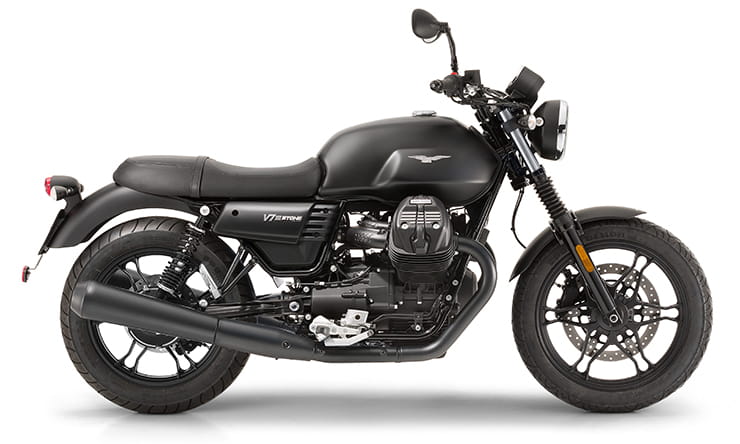