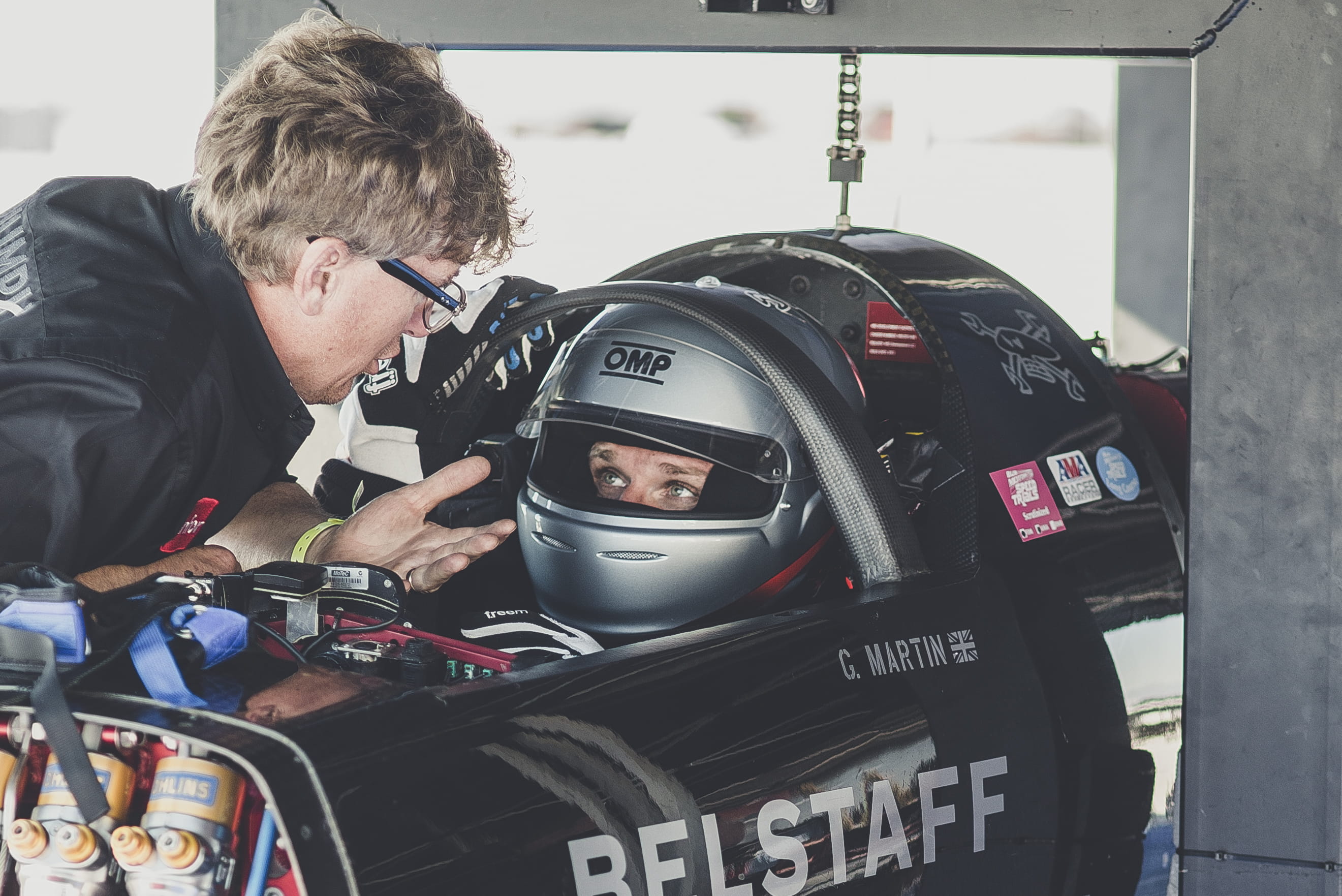 Triumph have confirmed that they and Guy Martin will return to Bonneville Salt Flats next year in a new attempt to retake the land speed record.

The British manufacturer has unfinished business after this year’s attempt was blighted by poor salt conditions that wrote off their high profile effort to not only beat the current record of 376.36mph, set by the Suzuki-powered team Ack Attack in 2010, but to break through the elusive 400mph barrier.

Martin’s American built streamliner features two destroked and supercharged Triumph Rocket III engines, displacing 3000cc and producing over 1000bhp. Despite clocking 274mph in private testing at the 11-mile course, taking the record for the fastest ever Triumph, the TT podium finisher was unable to set any kind of meaningful time in September’s challenge for the outright record due to the softness of the salt.

Speaking to the media at last week’s EICMA show in Milan, Triumph’s Chief Commercial Officer, Paul Stroud, said: “We are 100% committed, as is Guy Martin, to breaking the overall motorcycle land speed record. We are absolutely focussed on going way beyond the record that we set this year of 274.2mph, which we broke during testing in incredibly challenging condition, conditions that held us back from a full top speed attempt. Next summer, we will be back at Bonneville. Weather and conditions permitting, we hope to bring the record home to Triumph for the fifth time in the brand’s history, which would be a record in itself.”

Despite failing to come close to taking the record, Guy’s 2016 attempt was broadcast as part of his Channel 4 show, Speed.
Recommended Articles