Norton confirm 2-rider team for 2017 TT assault with a 650 Twin in development! 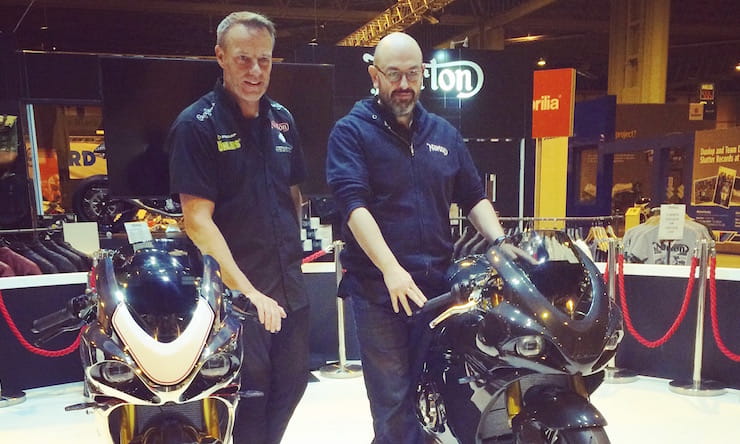 With the stunning new Norton V4 SS and RR models now unleashed, BikeSocial caught-up with the man who has successfully taken the iconic British brand to an exciting new direction with these modern superbikes.

BikeSocial: The stand has been packed everyday, you must be delighted with the reaction?

Stuart Garner: "It’s been ace and so busy. From the moment we released a sketch of the bike earlier this year to today we’ve been working like a steam train to get the bikes ready. So to see and hear all the positive feedback about the bikes makes it all the worth while."

BikeSocial: There’s a lot of care and attention displayed in the manufacturing of the bikes, you must be proud?

Stuart Garner: "The engineering and hand built attitude towards the bike makes it what it is. And if it was to robot and to jelly mould it wouldn’t have the soul or stance its got. It would look a little too mass produced."

BikeSocial: Have you ridden either the SS or RR yet?

Stuart Garner: "I’m waiting until the new year to swing a leg over one. We’ve been busy getting all of the engineering done to get the bike out, but looking forward to taking a few off to Spain in the New Year."

BikeSocial: All of the SS Superbikes have sold-out already but how are sales going for the RR?

Stuart Garner: "Really well. We’ve even had some customers purchase both versions, the SS & RR, with the plan of using the SS on the road and have the RR as a display bike." 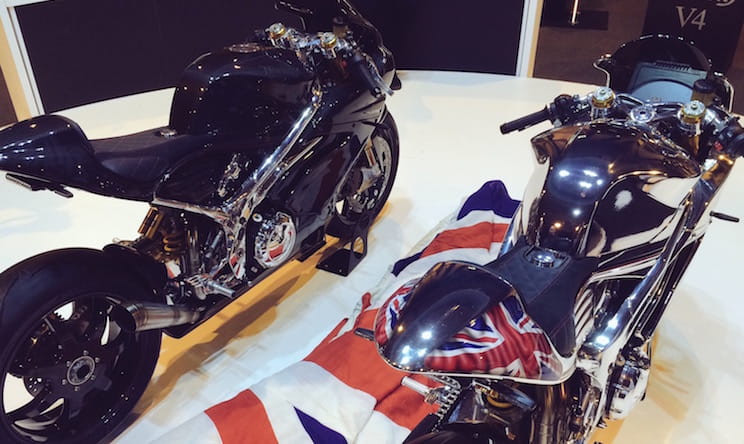 BikeSocial: There’s been a lot of hype around carbon fibre frames recently with the release of the Ducati Superleggera and the BMW HP4 Race. Would a carbon frame be something you might look into?

Stuart Garner: "I think in a few years to come, you’ll see that happen probably. It’s just a little too early in the bikes development. In the last few years technology has moved on so much. We’ve proved this chassis works out on the Isle of Man TT! When you go down the bottom of Bray Hill your pulling multiple G in compression, then a few seconds later you’re going airborne over Ago’s Leap. There’s some huge stresses going through the frame so we would definitely want to see some more tests on carbon frames before we go down that route."

BikeSocial: Could we potentially see smaller capacity bikes from Norton in the future?

Stuart Garner: "Yeah totally, in time. We have developed this engine to potentially do a twin rather than four, an inline twin and maybe a 650, something like that. It’s a bit of time away yet but you’ll see a mid-capacity engine from Norton in a year or two."

BikeSocial: Would this lead to a Lightweight entry at the TT?

Stuart Garner: "There’s a chance at the moment to go and own this class with a top quality 650. We could certainly turn out a very competitive package in the class. However, next year we plan on running a two-man superbike team on these new SS bikes. We’ve developed the chassis using the Aprilia engine, so this engine does also fit into these new superbikes if we need it to."

BikeSocial: Can you tell us a little more about the TT experience customers receive when they purchase an RR?

Stuart Garner: "Every owner of a Norton RR will actually get to do some laps of the TT Mountain course with David Johnson, Steve Plater and Mick Grant joining them. The organisers have even given us access to the pit lane prior to the lap, so I can’t wait to see all the RR’s lined up down there! After the lap we’ll then head off to the Jurby race track for an exclusive track day. We’ll have all our TT riders and factory race guys on hand to then help owner’s set-up their RR superbikes."

Currently, there are only two Norton V4 SS Superbikes in the world and these can be found at Motorcycle Live until Sunday 27th November. If you can’t make it down to the show look out for the two-man TT team in June on the Isle of Man. 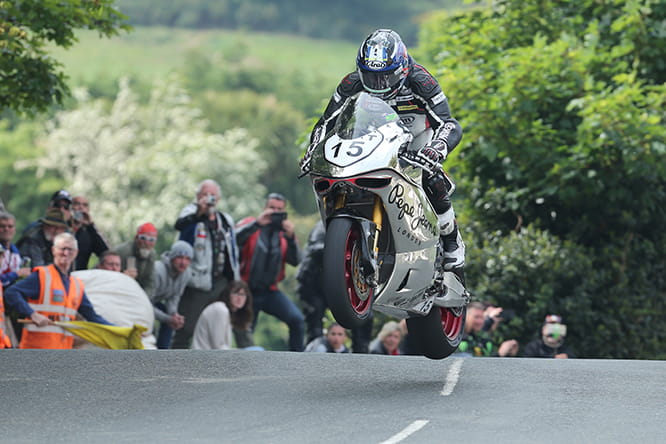