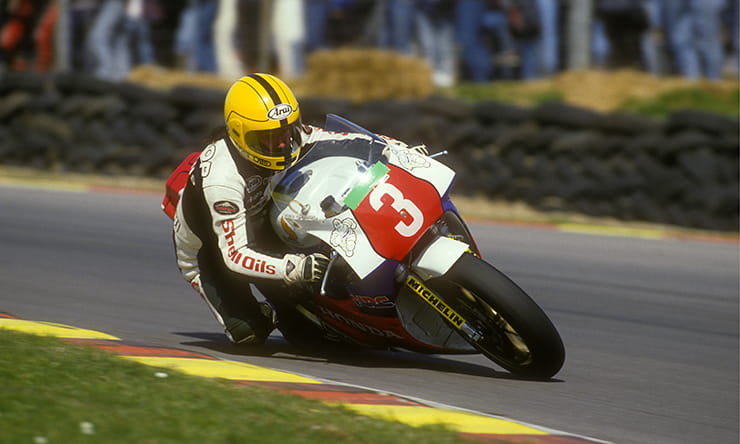 Just two years ago we were treated to the film ‘ROAD’, the documentary exploring the lives of two pairs of racing brothers carrying one very famous surname, Joey and Robert Dunlop, and Robert’s sons Michael and William.

Now, a new movie based on the life of the legendary Northern Irish road racer, Joey Dunlop, has been confirmed as in production.

According to reports from the Belfast Telegraph, 33-year old Belfast actor Martin McCann, star of The Survivalist and currently appearing in The Fall TV series, has been cast as the 26-time Isle of Man TT winner.

The interview with McCann also reveals the film has been written by Oscar-nominated Ronan Blaney and will be co-financed by Northern Ireland Screen, a fact confirmed to BikeSocial. The script is said to delve into what made Dunlop so obsessed with racing.

Very few other details are known about the production although a spokesperson from Northern Ireland Screen said, “the project has development funding but is at a very early stage.”

About researching the role, McCann told Sunday Life, ““The more I’m learning about Joey, the more I’m amazed. I am completely in awe of the man.”

He continued, “He was an enigma. The script tries to understand what his obsession was with racing and the trance that these men go in.”

Dunlop from Ballymoney in County Antrim died while leading a 125cc race in Estonia in 2000, aged 48 having returned to the Isle of Man only two weeks earlier and won in three different classes. 26 wins and 14 further trips to the TT podium were only part of the great man’s success. He won the TT Formula One title five consecutive times, took 13 North West 200 victories and was awarded an OBE for his charitable work in Romania and an MBE for his services to sport.