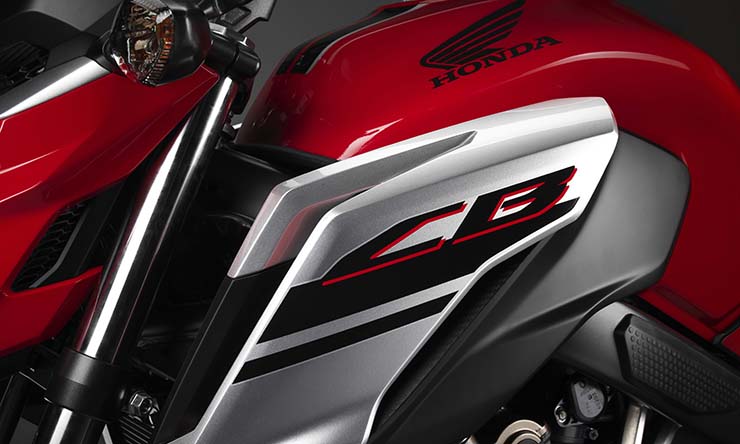 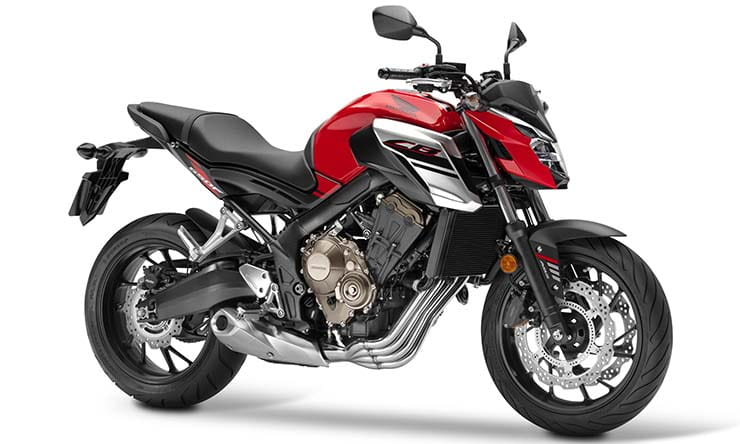 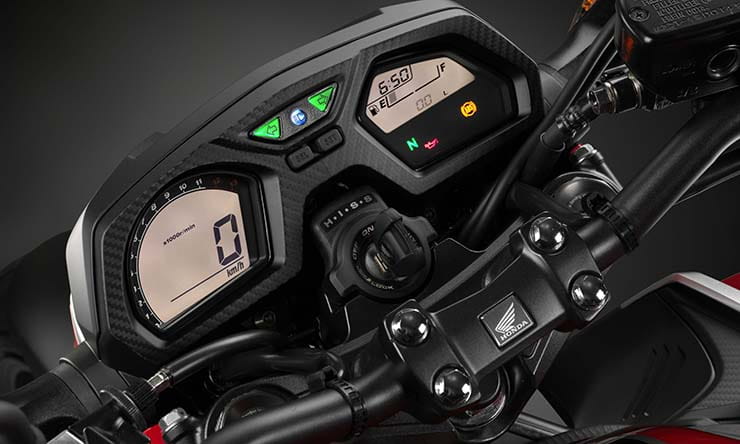 Honda this evening unveiled an updated version of its middleweight CB650 with tough new styling and a touch more power among the many changes.

Developed by a youthful Honda development team, the CB650’s 649cc four-cylinder engine develops 90bhp – three up on the outgoing model – and has been designed to deliver what Honda describes as a ‘boisterous induction roar’.

That additional power comes from revised intake funnels and a freer-flowing new exhaust system. Honda claims that the extra power kicks in at 5000rpm and is increased across the rev range, right up to the 11,000rpm red line. The new bike also has revised gear ratios, with shorter gearing from second through to fifth for better roll-on acceleration. Internally the motor features a host of changes to reduce friction losses and bring the CB650 in line with the current round of Euro4 emissions laws.

Chassis-wise, Honda has also given the CB650 an update. Brand new 41mm Showa Dual Bending Valve (SDBC) forks are said to improve both comfort and handling, while the steel diamond shaped frame itself has been stiffened around the headstock but made more flexible around the frame spars. This, say Honda, gives high levels of rider feedback. Riding position is also slightly different, with a more forward stance that places the rider closer to the front wheel.

The CB650 comes with a choice of red, black or blue colour options, but no details are yet available regarding prices or when it will be available in showrooms. 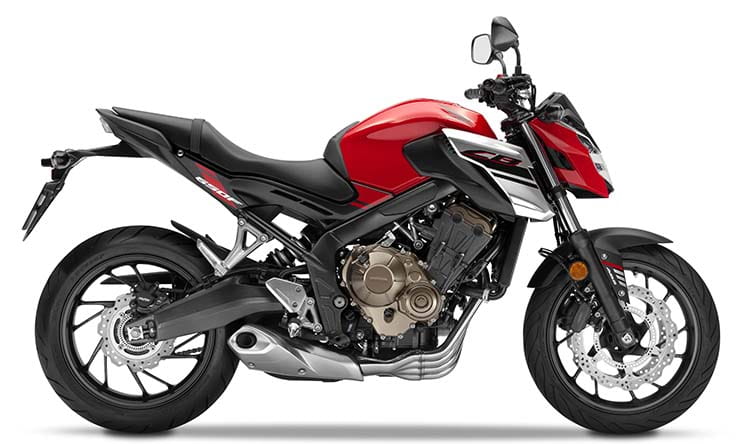