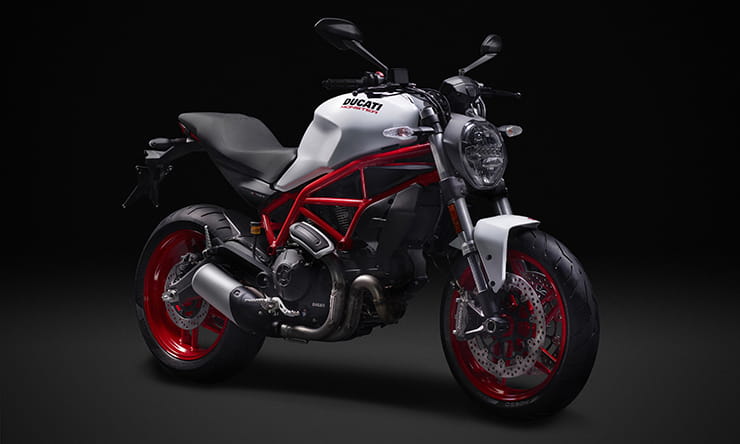 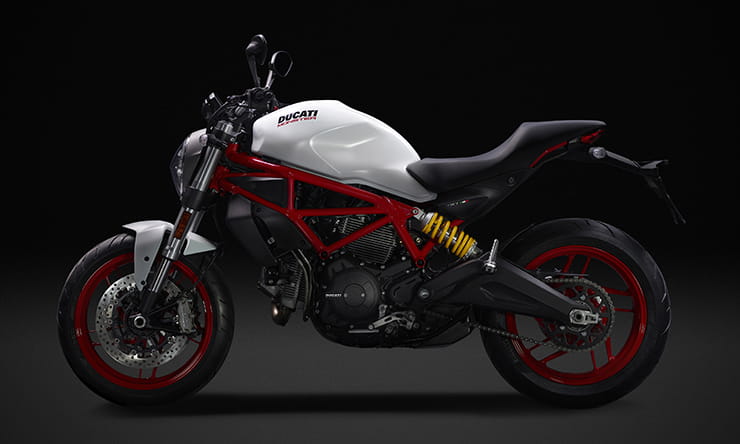 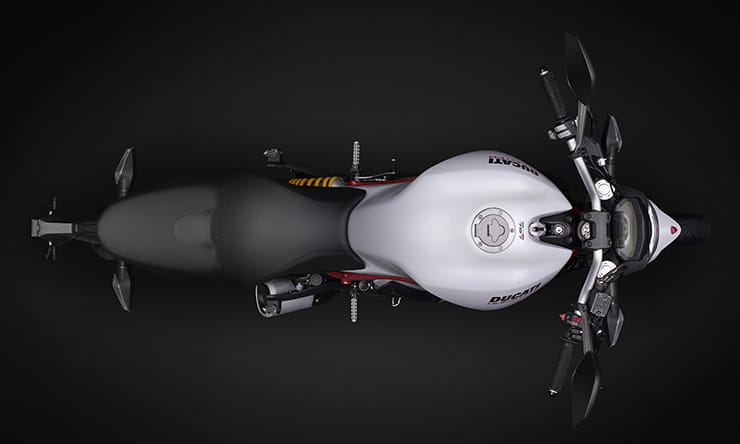 Ducati has unveiled its Euro4-friendly 2017 Monster range, with a new entry level Monster 797 introduced alongside the 821 and revised versions of the 1200 models.

The 797 embodies the spirit of the original early Nineties Monsters with a traditional air-cooled, two-valve-per-cylinder motor putting out 75bhp, more than the original Monster 900 of 1993, weighing 193kg ready to ride.

No prices have been announced for the Monster 797, however we understand that it will slot in at around £1000 less than the liquid cooled £8950 Monster 821.

The 797 features a lower specification than the other Monsters in the range. The tried and tested 803cc motor has been lifted from the Scrambler range, while the 797 wears more basic suspension than its more glamorous brethren and loses many of the sophisticated electronics and riding modes from the 821 and 1200 versions. It does, however, still boast an impressive spec for an ‘entry-level’ bike, rolling out of the factory on Pirelli Diablo Rosso II rubber and featuring the same Brembo M4 monobloc calipers as the more expensive models. 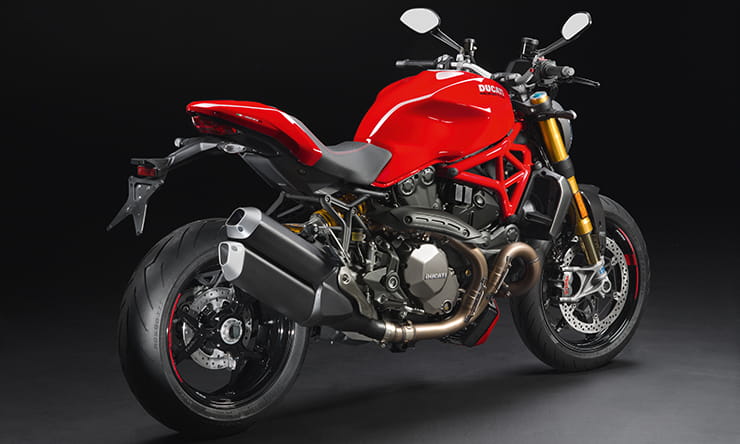 While the 821 remains unchanged for 2017, the Monster 1200 series has been updated to bring it in line with the latest Euro4 emissions regulations.

All three bikes feature sophisticated electronics to make the bikes easier to handle and to deliver the improved emissions required for Euro4 compliance, this gives the rider three riding modes (sport, touring and urban) and features an inertial measurement unit (IMU) that controls the anti-wheelie software and Bosch cornering ABS.

The S and R versions come with full-adjustable Öhlins suspension front and rear, while the R sheds 5kg (180kg to 185kg for the S) through its forged alloy wheels. The R also features a slightly different riding position with a taller, 830mm seat height, and runs top-spec Pirelli Diablo Supercorsa SP tyres as standard.