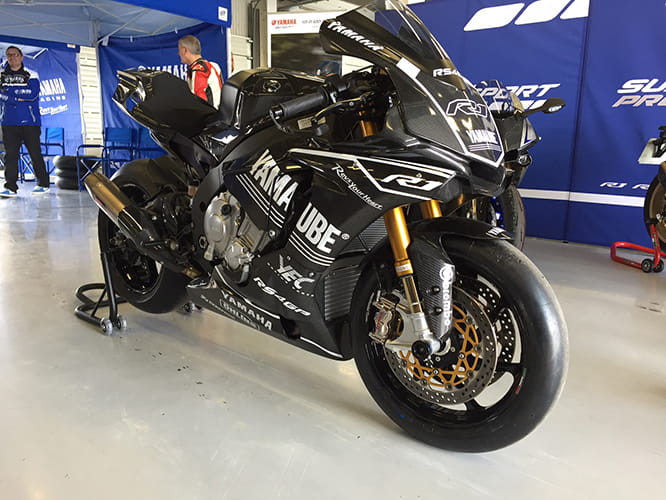 The Yamaha R1 has already been handed every plaudit a sports bike could ever want, but that’s not enough for the boffins at Yamaha Motor Europe who decided to build the best track day version of the R1 the world has ever seen, this side of a full-on world or British superbike of course.

Called the Yamaha RS4GP, because of the MotoGP-based nature of many of the parts, the ultra-special R1 features a tuned engine, full carbon-fibre bodywork, MotoGP-spec Ohlins forks and top-spec Brembo radially-mounted brakes just like the ones that Valentino Rossi and Jorge Lorenzo run in MotoGP.

The bike also has lightweight Marchesini Racing Wheels, a full Akrapovic race exhaust system that sounds every bit MotoGP, fold-up adjustable levers, a race seat unit, and MotoGP-style hand guards. And that's all on top of the already awesome 200bhp R1 and its full-spec electronics, cornering braking, wheelie control, quickshift and all round Crossplane crank brilliantness. 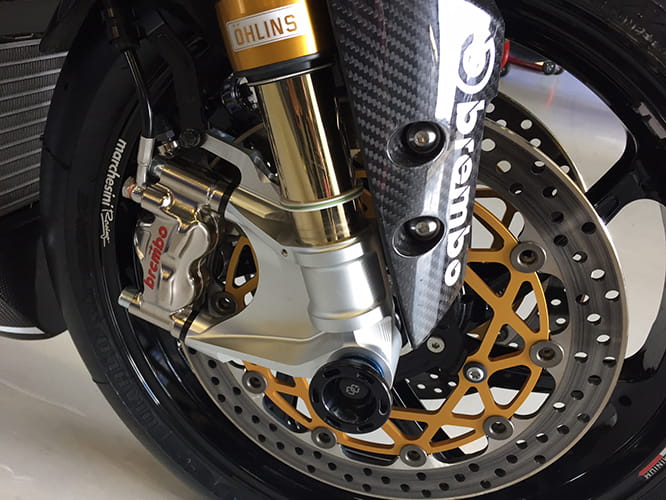 We rode a bike that went some way to this spec built by Yamaha UK last year and it blew our minds. Unfortunately, Yamaha wouldn't let us test the RS4GP, but we'll keep trying.

No price or spec sheet has been given on the bike, but we spotted it at Silverstone last week where the bike is being paraded around as part of the Yamaha Supersport Pro Tour along with an anniversary edition Yamaha R1 and a Yamaha M1.

The Pro Tour gives riders the opportunity to sign-up to ride a Yamaha R1 or R6 free of charge for a session at a track day with numerous dates around Europe, and three dates in the UK. 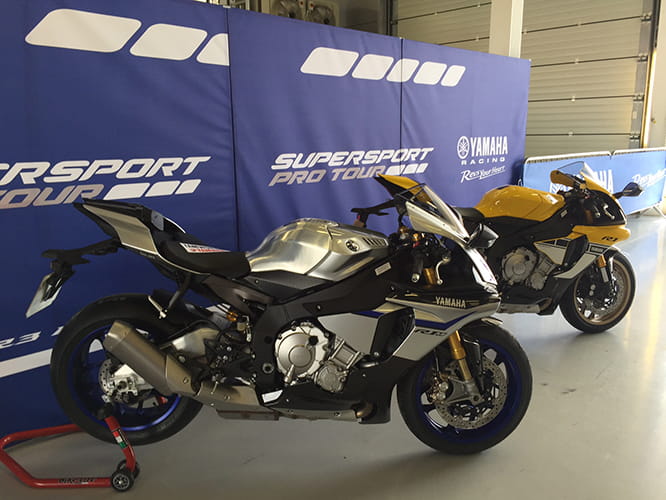 Yamaha spokesman Jeff Turner said: “We believe the only way to truly test our supersport bikes, the R1 and the R6, is to get them on track. The Yamaha Supersport Pro Tour gives riders the opportunity to do that in a safe environment on some of the UK’s best circuits.

The Pro Tour has already been run at Oulton Park and Silverstone this week, and is running on May 21 at a Focused Events track day at Donington Park. For more information go to the Supersport Tour page.