Which bikes were most popular in 2015? 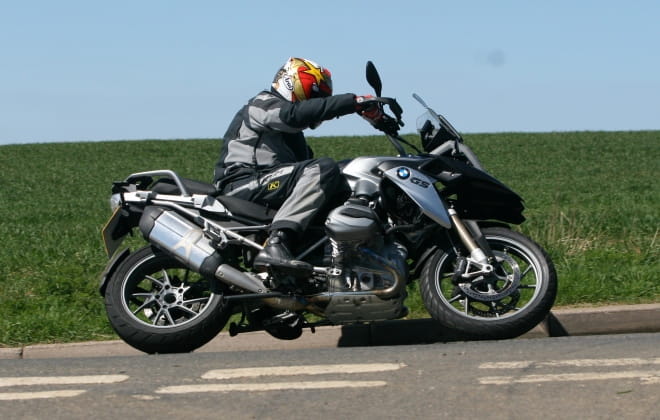 During the strong economic period between 2004 and 2008, bike sales were in the 130,000-140,000 region, taking a nosedive from 2009 onwards as the problems hitting banks and businesses worldwide filtered through to the average rider’s pocket. Prior to 2004, sales had been higher still (in 2002 some 180,500 new bikes were registered) but they were fed largely by a boom in moped sales that dropped off in the early part of the millennium.

The government has just released its annual breakdown of new registration figures for 2015, allowing us detailed insight for the first time into which models have been driving the new sales boom. Every make and model to be road-registered is listed and detailed, so we can finally tell precisely what’s been selling.

The government figures differ to the monthly new bike sales data provided (to those prepared to pay) by the Motorcycle Industry Association in several ways. It’s taken from registration data, so will discount any bikes sold purely for off-road or racing use, and importantly it’s available to access, interpret and republish.

However, it’s not perfect. A proportion of bikes are inevitably incorrectly registered and there’s always a proportion listed as “other Italian” or “Model Missing”. Even so, the figures provided by these data are as good an insight into the country’s motorcycle market as you’re likely to find anywhere.

Another problem comes from the designation of bikes, which can lead to underreporting of bikes’ sales. For instance, Kawasaki’s ZX-10R and Z1000SX are both registered as ‘ZX 1000’ followed by a three letter code that defines details including, but not limited to, the exact model, its production year and whether or not it has ABS. As a result, during 2015, government figures split sales the Z1000SX into no fewer than nine different models, and the ZX-10R appears under an incredible 12 different names. The naked Z1000 (officially ‘ZR1000’) also appears under 12 designations. Other brands suffer similar problems that can lead to sales being under-reported, for instance by ABS and non-ABS versions of the same bikes being registered under different names and therefore counted separately.

We’ve taken the government registration figures and worked to eliminate these problems to come up with an accurate overview of what was selling best last year.

It’s been a dozen years since Ewan McGregor and Charley Boorman’s Long Way Round TV show helped kick the adventure bike market into overdrive but it’s still showing no signs of diminishing. In fact, it’s still getting stronger.

BMW’s R1200GS is, of course, still the number-one seller in the adventure arena, and when sales of the base GS and the Adventure model are combined it’s the UK’s best-selling two-wheeler, full stop. The numbers are astounding; with 1411 R1200GSs and 1290 R1200GS Adventures registered in 2015 for a total of 2701 GS sales overall, it’s the bike’s most successful year yet. That model alone now accounts for more than 2% of all UK bike sales.

It’s an impressively dominant figure, particularly given the fact the GS is a seriously expensive machine, but BMW hasn’t got the market to itself by any means. Triumph is hard on its heels with an impressively wide Tiger range.

Overall, adventure bikes accounted for 16,653 sales in 2015 – a rise of 26.8% against a background of a bike market that improved by 15.6%. However, it’s clearly not as simple as launching an adventure bike and then trying to fend off hoards of customers. BMW and Triumph alone made up nearly 40% of those registrations, while many other competitors failed to achieve anything like the same success. Kawasaki’s Versys 1000 made 425 registrations, Suzuki’s V-Strom 1000 made 366 sales (still making it Suzuki’s best-seller), Honda’s VFR1200X reached only 283 and Yamaha’s XT1200Z Super Tenere could only manage 146 registrations, UK-wide, in 2015.

Honda’s NC750X might be a little soft to be classed an adventure bike, but it has the right look and reached 865 buyers. Another strong performance came from Ducati’s Multistrada, with 761 sold.

Remember that KTM famously turned down the chance to supply bikes for Long Way Round? Well the firm’s 1190 Adventure only achieved 210 sales, while the 1290 Super Adventure did 157 and the 1050 Adventure found only 154 buyers.

While most of the successful adventure bikes aren’t cheap machines by any stretch of the imagination, another notable success story in 2015 was the excitement over good, affordable bikes. And by that we mean Yamaha’s MT series.

The MT-09 Tracer managed 1517 sales during the year, and on the official government new registrations list it’s the number-one seller over 125cc. However, that’s slightly false, not least because the same document splits the sales of the MT-07 in ABS and non-ABS versions. Combine them, and the smaller Yamaha MT did better still, with 1622 registrations. The unfaired MT-09, a year older than the other two success stories, nearly cracked the 1000 sales mark at 998. Down in the 125cc class, the MT-125 is the best-selling non-scooter, with 1473 sales.

Little could come close to Yamaha’s dominance when it comes to bargain machines. Honda’s CBR650F, with 585 registrations, showed that there’s still a market for sporty all-rounders, and its naked cousin the CB650F was close with 525 sales. 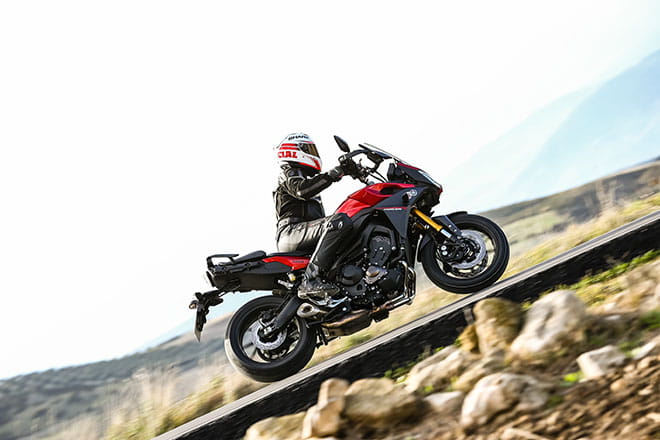 Throughout 2015 a constant stream of spy pictures left no doubt that Triumph was on the verge of replacing its old 865cc Bonneville twin with a completely new machine. Normally that would give manufacturers a problem as they try to shift the end-of-line models from showrooms, but there’s a quiet boom going on in the retro bike sector and as a result those last-of-the-line air-cooled Bonnevilles have been flying from showrooms.

If we include all derivatives, including the Thruxton and Scrambler, some 1860 Bonnies were registered in the UK during 2015. That’s an incredible performance for a bike with a design that’s effectively a decade and a half old.

Ducati’s Scrambler is at the opposite end of its life and only went on sale in the second quarter of 2015, but it managed to shift an impressive 1002 units before the year was out. Meanwhile few could have expected that BMW’s niche R NineT would be the firm’s fourth-best-selling model, with 688 sold during 2015. That means it outsold every 600cc supersports bike and every 1000cc superbike except its stablemate, the S1000RR.

Whether you class it as a retro bike or a cruiser, the sales of Harley’s XL883 Sportster, at 809, mean that it was easily the firm’s best seller and took the scalp of several machines that you might imagine were much more popular.

Super nakeds – worth all the fuss?

Magazine front pages in 2015 were filled with super nakeds – crazy superbike-engined streetfighters that have been among the must-launch machines for manufacturers over the last couple of years.

So have they managed sales to support that enthusiasm? In the UK, the answer is ‘no’ for most of them.

The most crazed, 160bhp-plus machines that garnered so much press attention during the year really didn’t set showrooms alight. The BMW S1000R reached 580 new owners (compared to 674 for the new S1000XR and 872 for the S1000RR), while the KTM 1290 Superduke R showed that despite all its efforts KTM is still struggling to appeal to mainstream buyers, with only 249 registrations. Aprilia sold 203 Tuonos. Oh, and EBR’s 1190SX had three registered…

For real success on the naked scene, you need to look down a size bracket and at the Triumph Street Triple, which achieved an impressive 1440 registrations, the lion’s share being the more expensive ‘R’ version.

Best sellers by class (over 125cc) 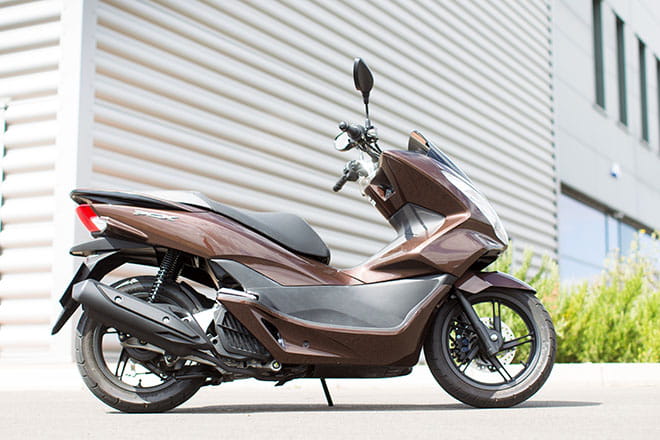 What about 125s and scooters?

While it’s always risky to draw conclusions about the market as a whole from the sub-125cc class, since many scooters and L-plate machines are bought by riders who are simply biding their time before graduating to a car, it’s interesting to see that there interest in sports bikes appears to be growing in the lower ranks.

Their popularity could be a partial explanation for the increasing interest from manufacturers in the 300cc sports bike class. At the moment, sales in that category are slow (Yamaha sold 260 YZF-R3s, Honda sold 137 CBR300Rs, Kawasaki just 62 Ninja 300s) but if these 125cc sports bike riders begin to graduate to larger models, the 300s might prove a useful stepping stone. Honda’s 500cc twins could also benefit – there were 354 CBR500Rs registered in 2015, and 433 CB500Fs.