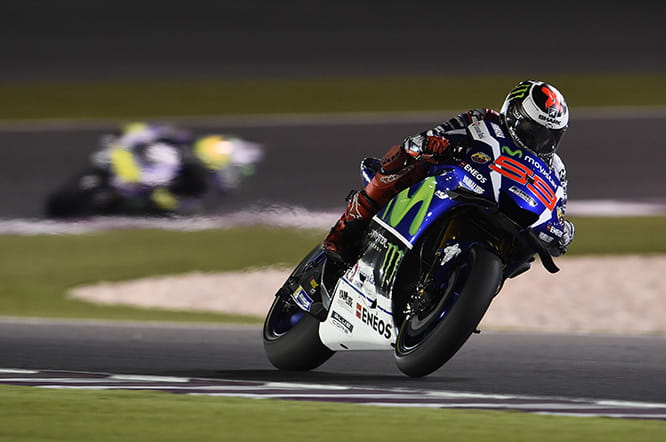 After three years with HJC, reigning MotoGP World Champion, Jorge Lorenzo, signed with new helmet sponsor, SHARK, ahead of the 2016 season. Now, the French manufacturer have released details of a limited-edition Lorenzo replica version of the top-spec Race R-Pro lid.

The helmet will be available in UK dealerships from May in sizes XS-XL with an RRP of £419.99.

After a faulty lid affected three-time world champion Lorenzo at Qatar last year then the infamous fog-gate messed with his vision at Silverstone for the British GP in August, Lorenzo called time at the end of his contract with HJC to move to SHARK.

SHARK couldn’t help themselves to a little dig in the press release, stating “The visor has a patented four anchor point visor safety lock and is treated with an anti-scratch treatment outside and an anti-fog treatment inside.”

The replica lid features the Factory Yamaha rider’s personal logo ‘Por Fuera’ meaning ‘On the outside’ as well as the ubiquitous Monster Energy logo. 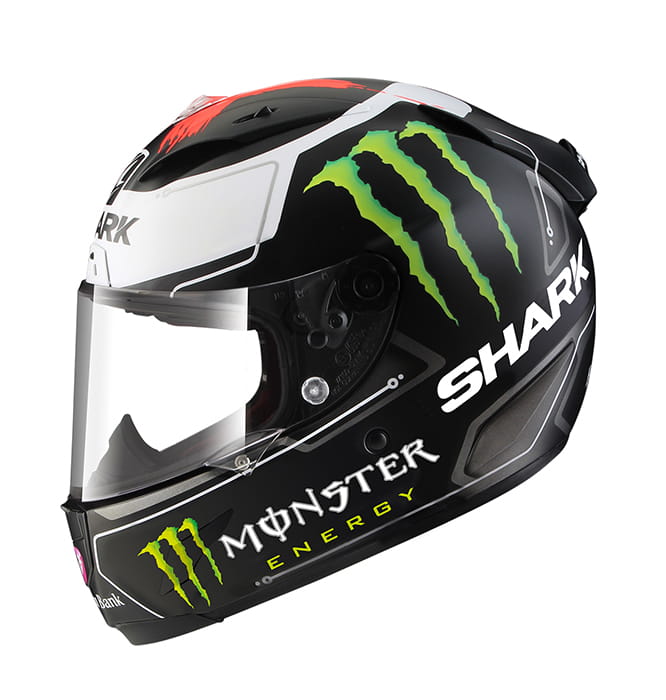 Do you own a race-replica helmet?  or