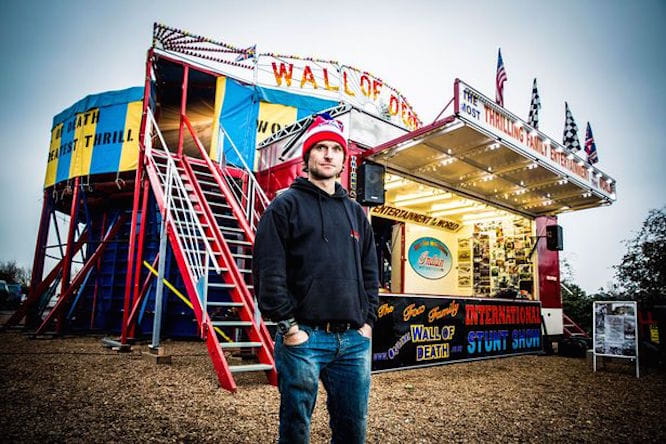 Guy Martin has become the first man to both set and break a world record for the highest speed recorded on a Wall of Death live on TV.

The death-defying stunt saw the Lincolnshireman ride both an Indian Scout and a BSA-based custom shed-build on the world’s largest Wall of Death in a hangar in Manby, North Lincolnshire.

The 34-year-old, who made his name on the road racing scene, was given two attempts to first set and then break the Guinness World Record. Martin set the bar high for himself on the first run, recording a highest speed of 70.33mph.

After a short break, the tea-loving TT racer was at it again and shattered his own record as he approached closer to 80mph. The final speed recorded was 78.150mph with Martin putting himself under forces of up to 5.2G.

It was clear he thought he could go faster, asking presenter Steve Jones for another crack at it before being told he wasn’t allowed – upsetting some viewers as there was still 14 minutes of the show left to run. 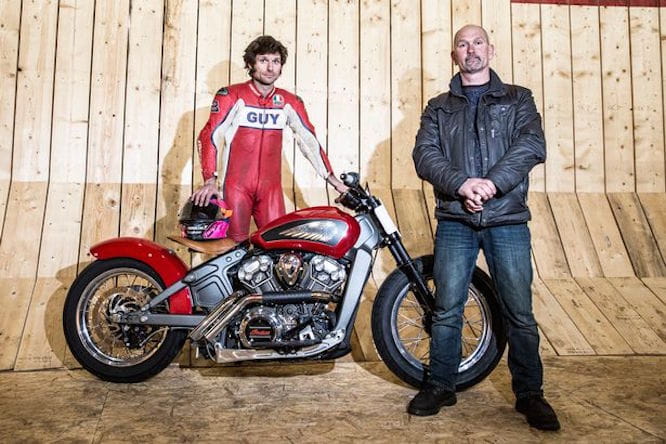 Following the event Martin told the TV audience he ‘couldn’t believe he’d got away with it’ after ‘greying out’ during the final run. Due to the prolonged, intense G-Forces he would face, Martin had previously undergone training with the RAF’s medicinal unit and gone up in a stunt plane with a former fighter pilot.

His Wall of Death training came from legend Ken Fox, who according to Martin knows more about the historic fairground stunt than anyone else.

Martin was initially to take on the Wall of Death challenge last year but his 130mph crash at the Ulster Grand Prix saw the attempt placed in doubt. However, upon considering what his future would entail – which involved deciding to sit out of the 2016 Isle of Man TT in order to compete in a grueling mountain bike race – he was adamant he would still attempt the challenge.

The live show is Martin’s second TV programme of 2016 following his head-to-head F1 vs Superbike challenge with David Coulthard earlier this month. Both shows are a precursor to the next series of ‘Speed with Guy Martin’, set to air later this year with the petrol-head seeking to break even more records including breaking the 200mph barrier in a Ford Transit van.