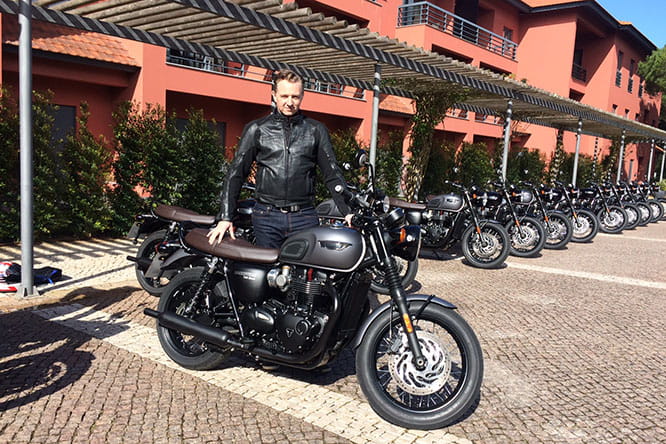 Fifty-seven years after the original Bonneville T120 was born, Triumph has introduced a brand new version for 2016 among its five-strong Bonneville range. While its silhouette remains, the icon has evolved.

At first glance you can be mistaken for thinking there’s nothing too modern about the £9600 T120 range with its heritage styling but they are completely new motorcycles with not one component from the current model making it into the 2016 range.

Miles Perkins, Triumph’s Head of Brand Management describes it as: “A most distinctive statement of Triumph’s past and present”.

Part of the universal brief across all five models and their three engines was to provide much higher torque, delivered lower down. With Triumph’s next generation ride-by-wire fuel-injection and engine management system, the six-speed 1200 Bonneville engine is engineered with a 270° firing interval for a smooth, linear power delivery. A peak torque figure of 105Nm (77.5 ft-lbs) at 3100 rpm is a whopping 54% more than the previous generation. Infact the claim is of 13% more fuel economy than the outgoing model, too.

Differences between the T120 Black versus the standard model are all aesthetic; a distinctive dark brown seat and blacked out details, including rims, grab rail, exhaust and the two paint schemes: 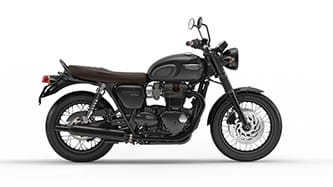 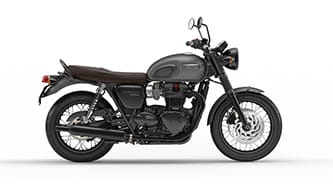 Bike Social’s Michael Mann is at the riding launch of both the Bonneville T120 Black and Thruxton R in a wet and windy Portugal. Both models will be available in dealerships by the end of April and the full specs will be revealed later today.

Mann’s been riding the Bonneville this morning. Here are his first impressions: "I've covered a very chilled 25 miles on the T120 around some damp Portuguese roads.

"Not only does the bike look right, it feels right too - with a noticeably high quality finish. The high torque 1200cc twin does exactly what it says on the tin, providing prenty of drive from low in the revs, particularly in second gear.

"The new Bonnie is very comfortable with capable suspension and provides gentlemanly and sedate ride. I feel relaxed. The two-stage heated grips have been thoroughly tested already and I can confirm that even in the low mode they are very effective.

"The gears are long and so far I've never needed to go beyond fifth. Sixth is all but an overdrive and riding along at 30mph in second, the bike is only pulling 2750rpm. Twist the throttle and second will soon take you beyond 50mph.

"The 224kg dry weight appears heavy on paper and, while the bike feels like it's carrying some extra timber, it is no performance bike and the mass just adds to the sturdiness.

"The T120 is a modern classis bike to go for a ride on after a stressful day. The only mark against it so far is that the twin-disc front brake set-up feels a little soft, but I shall continue testing it ahead of filing my full review this evening." 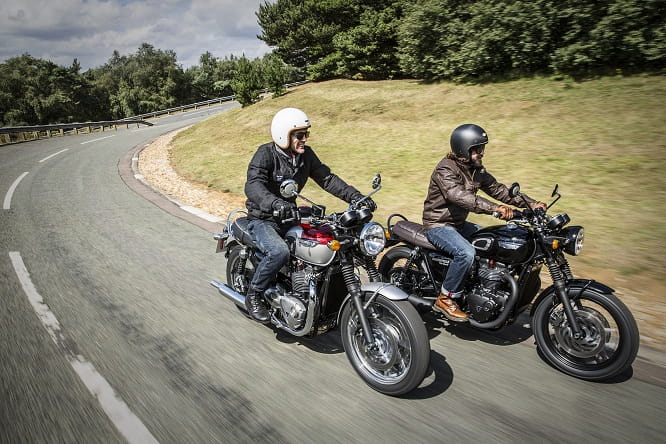 Look back for the the full review, coming soon. Meanwhile, Mann’s first impressions of the Thruxton R will be coming a little later this afternoon.

What are your first impressions of the new T120?