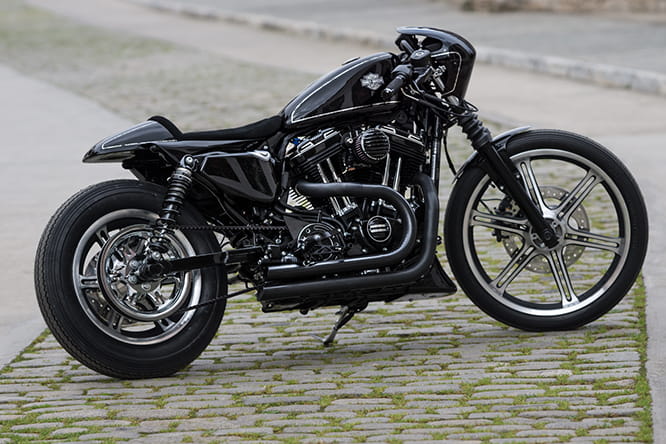 The Athens-based Harley-Davidson dealership has achieved the auspicious title of ‘Custom King’ having been crowned the winner of this years Battle of the Kings (BotK) competition, designed to inspire both existing and potential customers showing how easy customising can be.

211 official Harley dealerships across Europe, Middle East and Africa were set the challenge of taking one all-new Sportster Iron 883 as the blank canvas from which to show off their customisation skills.

Paschalis Tsalamagkas and Yannis Kourougiaouris built a cafe racer called ‘Nyx’ that took inspiration from the Ancient Goddess of the Night – a shadowy figure of power and beauty. Viewed from the rear, ‘Nyx’ resembles a snake and from the front a panther, both creatures of the night. The deep gloss black paint with hints of silver flake alludes to a starry night sky. 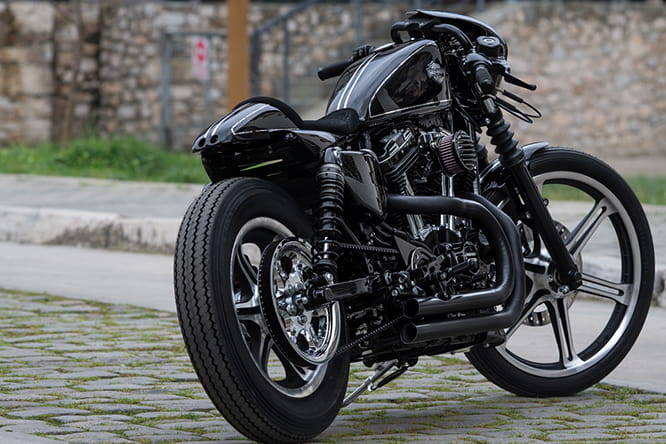 Mr Tsalamagkas, said: “When we first decided to do this build we never expected to get this far. It’s an honour to be crowned Custom King for 2016 and I want to thank the team back in Greece and everyone who helped us on this project.”

Mike Johnstone, Director of Marketing Operations for Harley-Davidson EMEA, said: “It’s safe to say that we’ve been blown away by the creativity and attention to detail of the competing teams.

The BOTK contest was a two-stage process, with the first stage being a national online voting competition generating over 65,000 votes to establish the winning national ‘Custom King’ in each market, culminating in a head-to-head contest between the 12 national champions and the presentation of the prestigious award at the ‘Wheels & Waves’ custom lifestyle event in Biarritz, France. 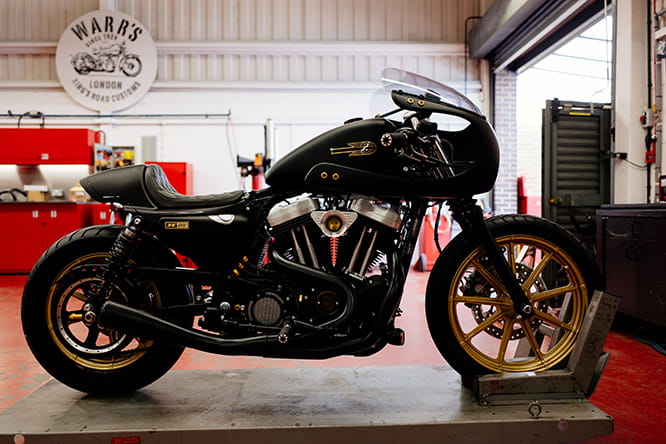