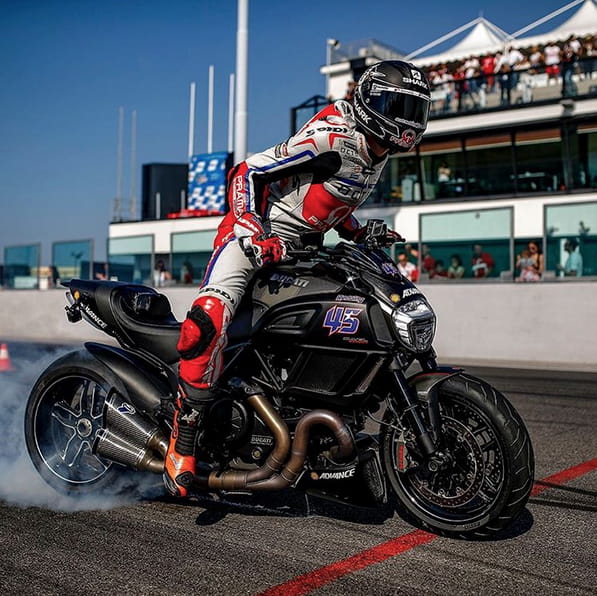 For months we’ve been speculating if Casey Stoner would make a return to racing or not. Well, it finally happened at the World Ducati Week, for a few seconds at least, with Brit MotoGP star (and Bike Social-backed) Scott Redding showing him a wheel to take victory in the Ducati Diavel Drag Race.

The event was one of the star attractions on the Sunday at World Ducati Weekend.  Eventual winner Redding lined up with Ducati stars of past and present like Troy Bayliss, Andrea Dovizioso, Loris Capirossi, Andrea Iannone, Brit WSB-star Chaz Davies and of course, Stoner himself, now Ducati’s MotoGP test rider.

Redding said: “I never got the chance to race Stoner for real because he retired in 2012 and I started racing the MotoGP class in 2014. But it was great to line-up against Stoner on the Diavel and win in front of so many Ducati fans, even if it was just a bit a fun!" 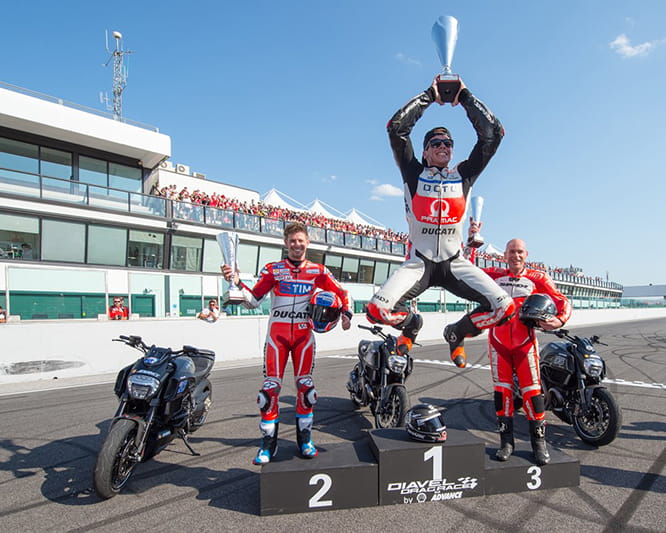 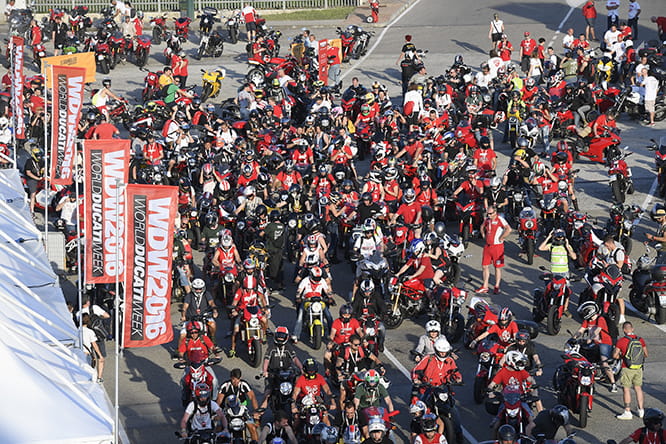 The ninth World Ducati Week saw some 81,000 people attend the Misano World Circuit and descend on the Adriatic coast over three days to celebrate their passion for the Italian marque and indulge themselves in being Ducatisti.

As well as on-track parades from the stars, the chance to join in a parade through to the town of Riccione, Ducati experience riders, and some 2000 Ducati Scramblerists attending, WDW also gave people the chance to celebrate 90 years of Ducati helped by Ducati’s management who cooked in the traditional Saturday night barbecue to serve local speciality piadini.

Ducati also chose World Ducati Weekend to launch two new models – the new Ducati Supersport bike and the new, limited-edition 1299 Panigale S Anniversario. Just 500 of the ultra-special Panigales will be built. The new SS was shown in a closed room to guests, but pictures of the new sports bike with a road focus were leaked at the weekend.

·        3 hours of Rustida at the Santamonica stadium, where 80 lifeguards and 33 Ducati managers cooked piadina and sausages for the public of WDW2016