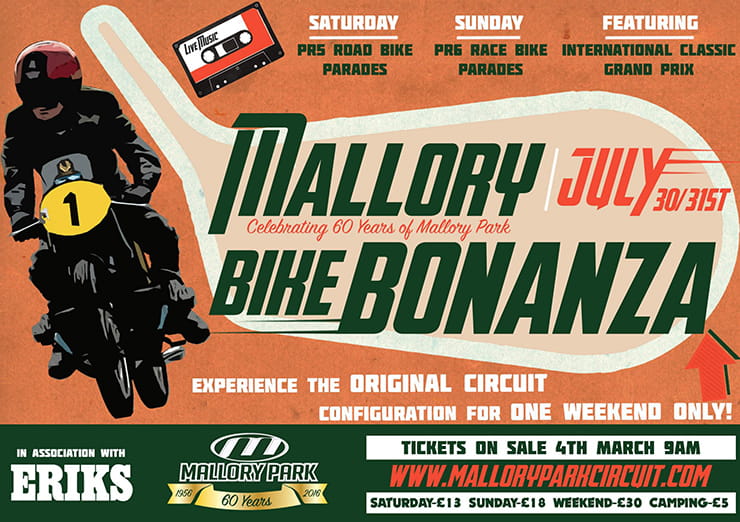 Next weekend (30th - 31st July) the Leicestershire circuit celebrates its 60th anniversary with a party that namecheck Moto GP stars and TT winners.

Celebrations include appearances from Michael Dunlop, Ian Hutchinson and a cluster of top racers from previous decades, such as John Cooper, Chas Mortimer and Sammy Miller. Oh, and don’t forget Moto GP star Bradley Smith - the man who finished 18 Grand Prix races inside the top 10 last year, making him the highest-placed British rider for the second year running.

Smith, Hutchy, Dunlop, Mortimer, Cooper and many others will appear at Mallory Park as part of the circuit’s annual Bike Bonanza, when hundreds of classic machines and riders descend on the short circuit, not to mention thousands of spectators, live music and demonstrations.

But this year - of course - will be a particularly special year. And so it should be: over the years Mallory has witnessed some of the most exciting moments in motorcycle racing history. Among them was John Cooper’s staggering win against Giacomo Agostini and Jarno Saarinen’s spectacular 1972 victory, when thousands upon thousands of spectators witnessed, for the first time, a man putting his knee down.

Since then the track - known as the ‘Friendly Circuit’ - has been an integral part of motorcycling history. It hosted the famous Race of the Year for decades, one of the most well-attended and exciting events in the motorcycle diary, alongside national events including British Superbikes.

Murray Walker OBE said: “Mallory Park has been in use and giving pleasure to countless thousands of people over many years since it was first used for grass track racing before being bought by the bluff and moustachioed Clive Wormleighton and transformed into a proper tarmac race track in 1956. I know all this because I have spent so many happy times commentating there, especially at the ‘Race of the Year’ post-TT £1,000.00-prize motor cycle meetings.” 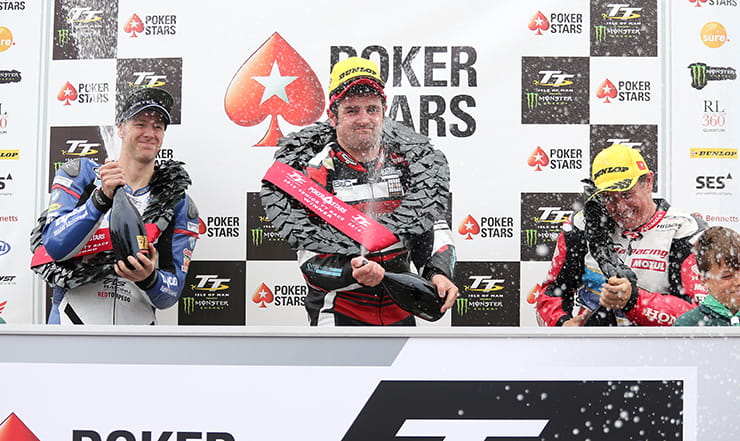 Looking back on the circuit’s history, former motorcycle racer and circuit owner Eddie Roberts said: “I have been coming here for many years. I remember being a spectator at the famous Race of the Year when John Cooper beat Agostini, that was absolutely brilliant and the crowd was electric. It was like being a football match - there were about 40,000 people there. People were so excited because Cooper was a Derby man and he beat Ago, who was riding the MV - the unbeatable machine at that time.”

Roberts said: “We have so many events going on here. It still excites me. I can remember when we first took over the circuit and I was sitting in the in the office watching a test session thinking ‘all the years I have ridden and watched here and now I’m running the place, amazing.”

As part of the Bike Bonanza / 60th anniversary celebrations Michael Dunlop will be riding an MV Agusta 500 Three as part of the Mallory Masters Parade on the Sunday. The MV Augusta Three - the Italian’s response to the ever-innovative and competitive Honda - was famously raced by Agostini in seven consecutive 500cc World Championships from 1966 to 1972.

But that’s just on track…

Natalie Hansard, Manager at Real Motorsport Limited, “Adding Bradley to our ever growing star line up is really exciting, and is a great opportunity for spectators to meet a true British Grand Prix talent.

We are really looking forward to welcoming Bradley to Mallory Park on the Saturday for the Bike Bonanza 2016.”

For information on tickets and further details visit www.malloryparkcircuit.com 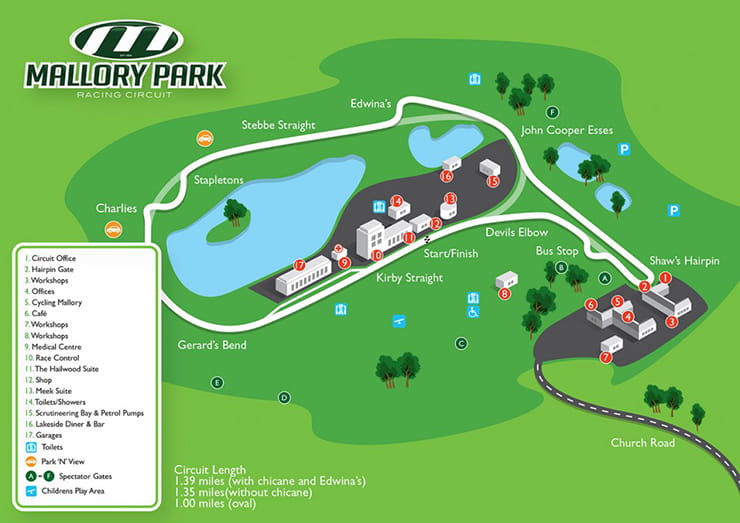