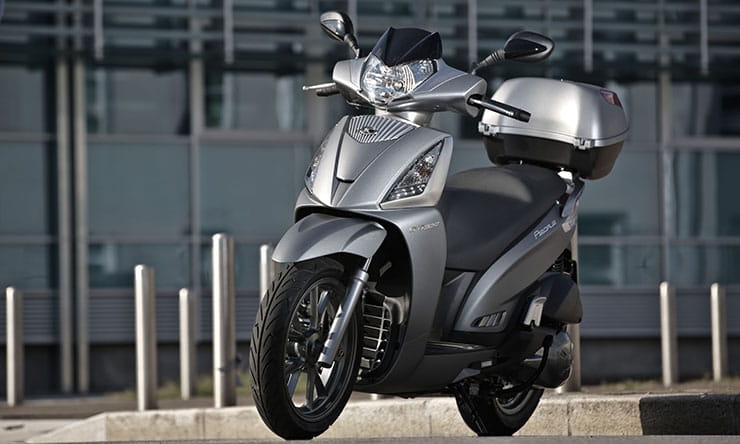 It might have a daft name, but Taiwanese manufacturer KYMCO's new People GT 300i promises to be a real gem when it comes to the UK this summer.

KYMCO may not be that well known here in Britain but the company has steadily risen in the past few years, building scooters and small capacity bikes that often provide a match for those rolling out the factories of the more established Japanese brands. Indeed, Kawasaki's recent J125 and J300 scooters are essentially rebadged KYMCO products and demonstrate the esteem with which they are now held in the industry.

The company claims that its latest model features an all new engine that powers the scoot up to an 85mph top speed and is a 'complete modern package for serious commuters wanting performance, style and stability when zipping through congested roads, or cruising at top speeds down the motorway.'

At the heart of KYMCO's new model is an injected four-stroke, four-valve water cooled motor, while the chassis features 16" alloy wheels and adjustable rear shocks, while the ABS system comes from German specialists Bosch.

The People GT 300i is already on sale in Europe, where it has been well received by the public. We think it looks pretty handsome in its silver livery, even if we're not too keen on the name.

At 3,999, you're getting a fair chunk of scooter for your money, especially as the spec sheet includes a practical 12v charging point under the seat. It's on sale from August.