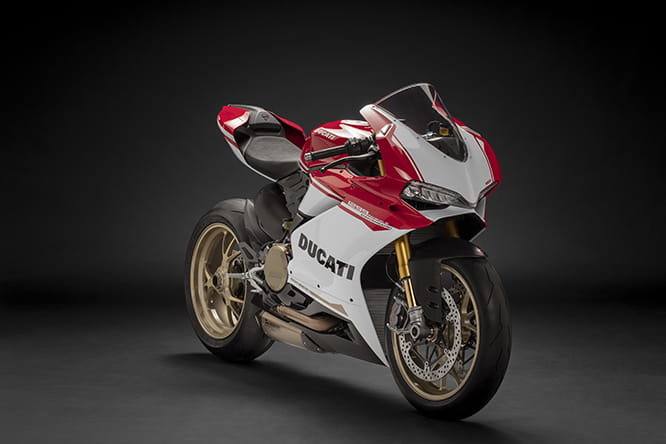 It’s been a busy day for Ducati at Misano as the Bologna-based manufacturer hosts its annual World Ducati Week event. Having tried to keep the lid on a new Supersport model in one corner, while in the other this evening, CEO Claudio Domenicali and former MotoGP world champion and Ducati test rider, Casey Stoner, took the covers off a special, limited-edition bike known as the 1299 S Anniversario.

Celebrating the firms 90th anniversary, the limited edition Ducati which weighs 188kg (wet), 2.5kg lighter than the Panigale R, will be available in dealerships later this month. Bike Social has just discovered the price too; £23,995.

The all-new colour scheme is based on the race bikes with white, black and Ducati Red fairings complemented by the super sexy gold wheels.

Its top triple clamp and steering head inserts, both in machined-from-solid aluminium alloy, make each bike unique having been laser-etched with the bike’s unique production number of 500. The steering head inserts shift the front wheel forward 5 mm, giving the same chassis geometry as the incredible Panigale R. 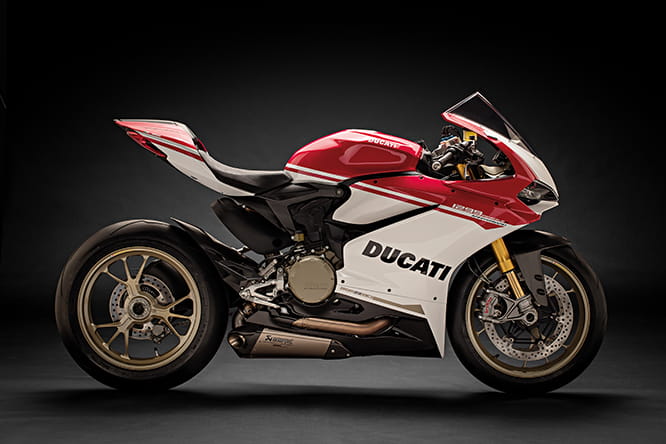 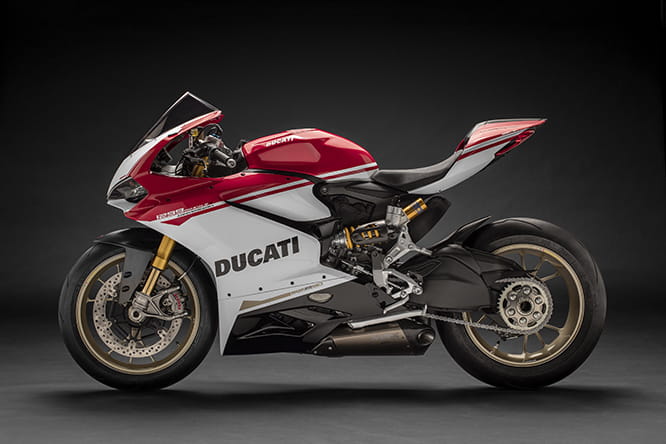 The weight is saved by including a light lithium battery, together with carbon fibre heel guards, rear mudguard and shock absorber cover.

The special bike to celebrate Ducati’s 90th anniversary comes with a racing kit consisting of an Akrapovic Racing exhaust in titanium, billet aluminium mirror blockoff plates, and a cover for the hole created by removing the license-plate holder for track days. 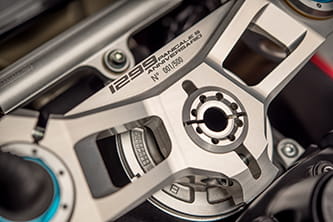 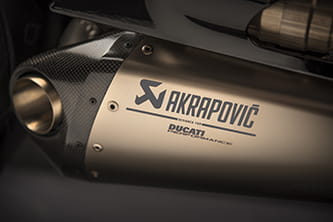 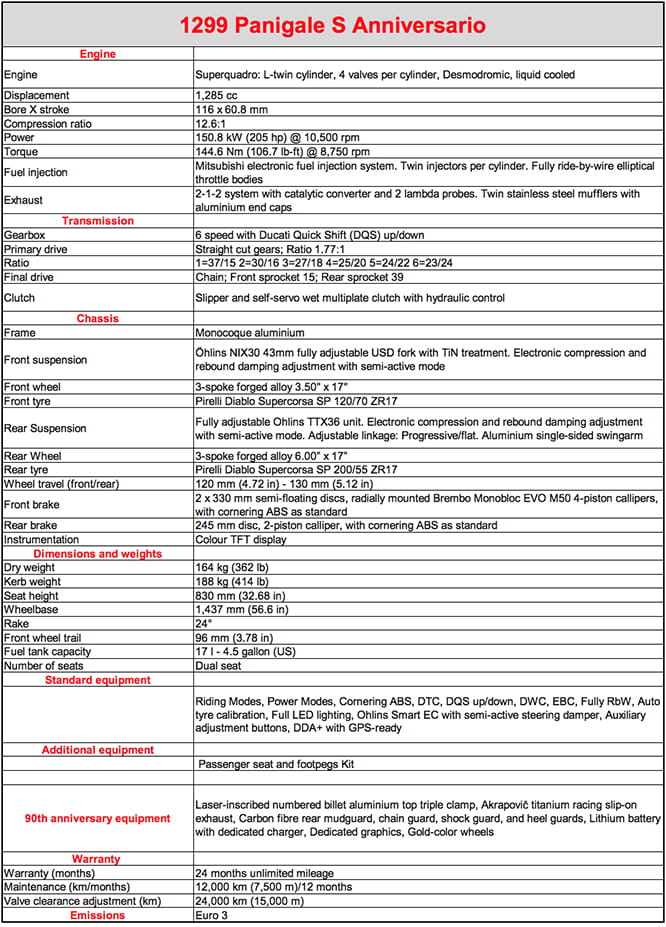 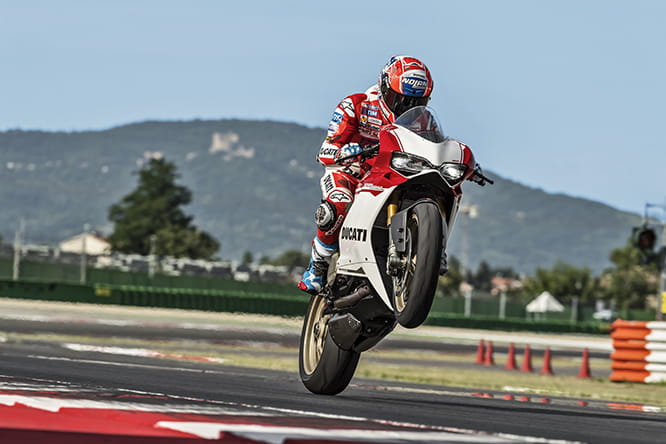