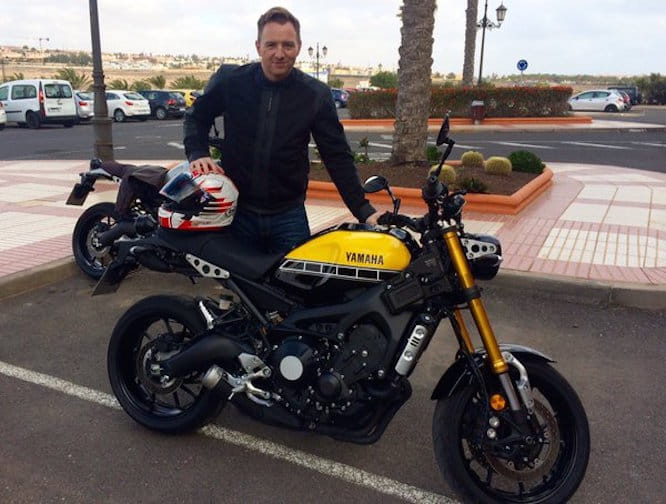 Valentino Rossi may receive a substantial pay cheque from Yamaha but we believed him when he stood on a stage in Italy last November at the launch of the XSR900 and said he wants one. Looking quite comfortable in the hipster get-up including obligatory open face lid and goggles, the GOAT seemed genuine with his admiration.

Fast forward two months and here we are in Fuerteventura at the official press riding launch of Yamaha's newest member from the Sports Heritage range, the XSR900. It takes the three cylinder 847cc liquid-cooled motor straight from the extraordinarily popular MT-09 and adds it to a lightweight frame with the same modern technology including traction control, slipper clutch, engine modes and adjustable suspension front and back as the donor bike.

With 113bhp and 64.5 ft lbs of torque at the rider's disposal, plus those retro-chic looks, the XSR900 could be one of the smash hits of 2016 which will be available in dealerships from February with a price tag of £7849, unless you like the 60th anniversary paintjob which is an extra £150.

The 9-time World Champion wasn't available, apparently he's in Sepang doing something, so we sent Bike Social's own Michael Mann to the launch to see if the hype is real. He'll be publishing the full review very soon but here are his first impressions of the bike:

A wolf in sheeps clothing or rather a prize boxer in Gieves & Hawkes. This bike is alive, the 113bhp triple cylinder motor straight from the all-conquering MT-09 sings one hell of a song which is more growl than howl.

The bark from the stubby exhaust sure makes you feel good about riding the latest Yamaha.

Its appearance doesn't shout performance but the bigger of the two XSR's (the other being the 700cc version released toward the end of 2015) more than holds its own through the twisty yet flowing mountain roads of Fuerteventura at the world riding launch. With 65 ft lbs of torque on tap there's plenty of grunt down low to power out of the 2nd and 3rd gear turns.

It's slightly taller than the 09 with a seat that sits marginally further back due to revised fuel tank. There's plenty of comfort on board though the exhaust protector gets in the way a little if you have feet larger than a size 3! 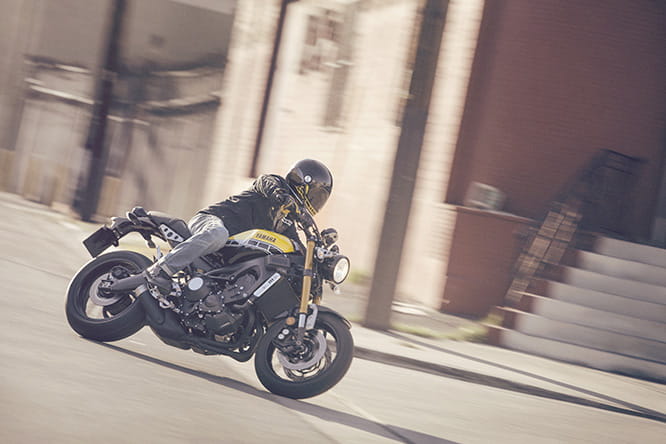