Imagine the world's best motorcycle racers head-to-head in a packed arena sticking bikes sideways at 70mph while locking elbows with their rivals, and you've got the Superprestigio dirt track race.

It kicks-off in Barcelona this weekend with a star-studded line-up including all three reigning FIM Motorcycle Grand Prix World Champions. Here’s a quick guide to the event, including all you need to know and how to watch it this weekend! 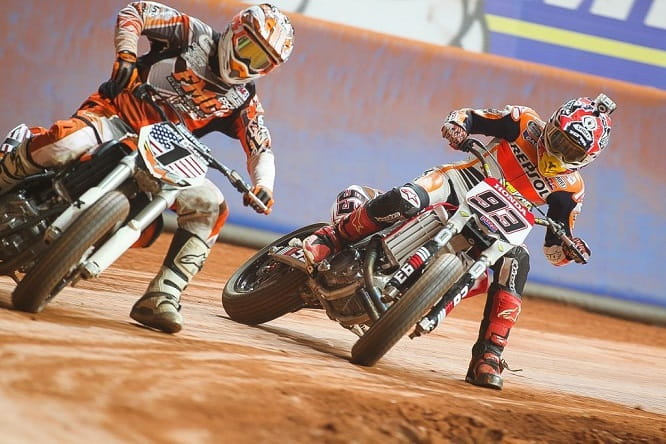 The Superprestigio is a flat track race, first held in Barcelona in January 2014, involved a wide variety of racing stars from MotoGP World Champion Marc Marquez to the AMA Pro Flat Track Champion Brad Baker. For those of you unfamiliar with flat-track racing, riders race around an oval track in a number of qualifying heats before the final to decide the eventual winner.

In the Superprestigio, any dirt track, motocross, enduro or supermotard bikes with dirt-track spec features can compete as long as they are powered by 4 stroke motors with a capacity above 250cc. They run Michelin Supermotard wet tyres.

Flat track race bikes have no front brakes, although unlike Speedway machines they are still fitted with suspension. 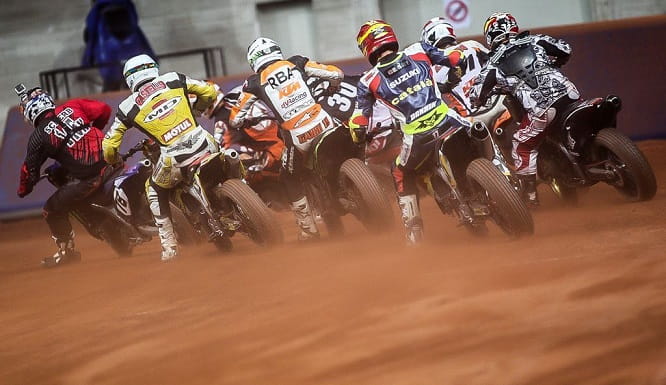 This Saturday! The riders are permitted time to practice in the morning before the doors open for the main event at 16:30. The first Heats get underway from 18:30 with the first finals just before 8pm. The ‘super final’ which will see the likes of the Marquez bros and Rabat go up against Brad Baker, Jared Mees and Guy Martin is timetabled for 21:11.

WHERE CAN I WATCH IT? 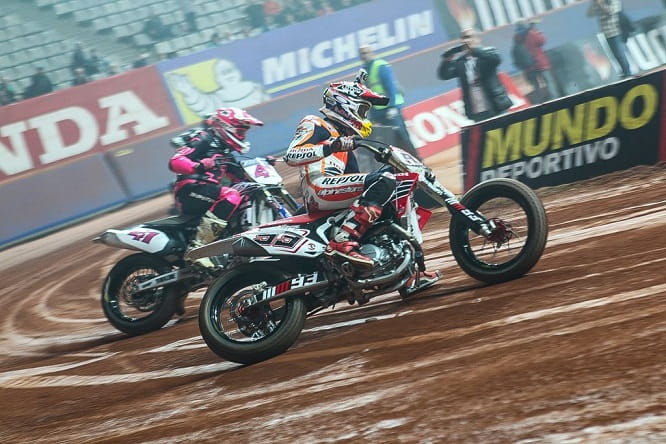 There will be a stream online via the official website at www.dtxbarcelona.com and you can watch via your tellybox if you’re a BT Sport customer. The evening’s event will be shown on ‘BT Sport Extra’ which is accessible via the red button.

WHO IS TAKING PART?

Last year MotoGP World Champion Marc Marquez was narrowly defeated by AMA Flat Track champ Brad Baker and this time the young Spaniard will have his work cut out even more. 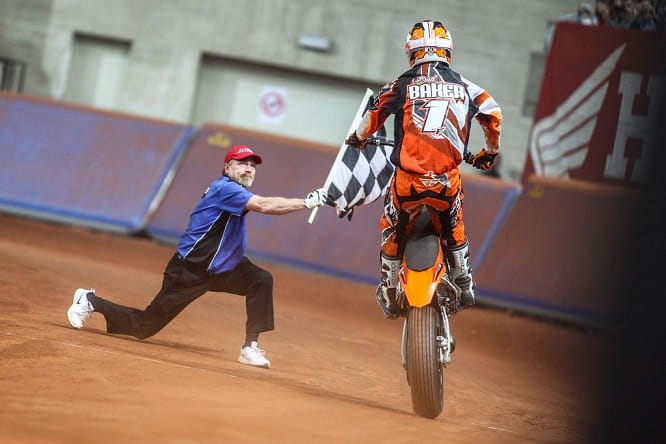 Not only is Baker back and keen to put on a repeat performance, reigning AMA Pro National Flat Track champion Jared Mees is joining the Washington resident on team USA. Mees, who had never flown outside of the United States before this event, reclaimed his Flat Track title this year after losing out to Baker in 2013. The American duo will be joined by 23-year-old Shayna Texter, the first woman to win a pro flat track race in the States. 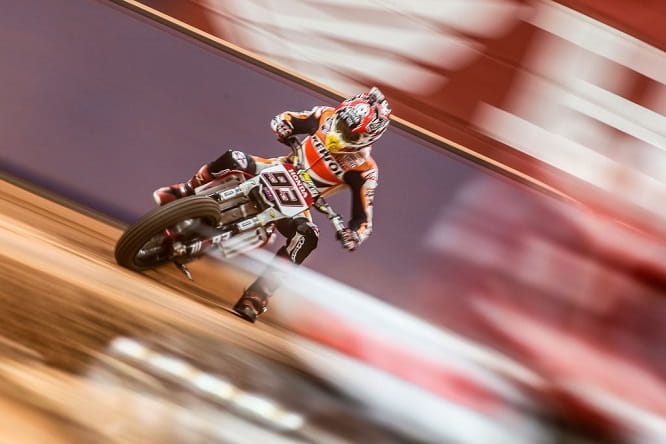 Despite not having ridden competitively at this kind of level since his retirement in 2008, triple World Superbike Champion Troy Bayliss will compete aboard his beloved KTM with many pundits tipping the Aussie as a dark horse for victory. Since retiring from racing, Bayliss has spent a lot of time riding dirt bikes and even though he’s more than twice the age of some of his rivals, he should not be ruled out.

Britain’s representation is led by our very own Scott Redding, who, as you’ll know, never needs much of an excuse to ride around sideways. After struggling with competitive machinery in MotoGP this season, Redding will be keen to show what he’s got to offer in battle with Marquez, who the Brit beat numerous times in the Moto2 category.

Other names of note include this year’s Moto2 runner-up Mika Kallio and 2010 Moto2 champion Toni Elias. A full entry list can be seen below.