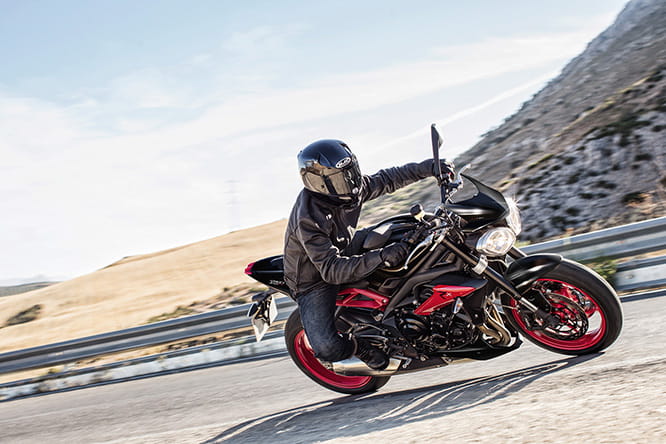 Eagle-eyed visitors to the Triumph stand at Motorcycle Live at the NEC last month will have already seen the new and limited edition Street Triple Rx ‘Black’ in the flesh. However, it wasn’t until this week when the official announcement of the ‘new’ bike was made.

The middleweight naked market has been dominated by Triumph and its Street Triple for years and then in September 2014 the Hinckley firm announced it was going to give us an even better one, the Rx.

The Rx used the same frame and 675cc inline triple motor offering 105bhp but came with a higher specification including a tail unit from the Daytona 675, a quickshifter as standard and a seat cowl, belly ban and fly screen.

So it’s got a new paint job then.

The Street Triple Rx Black is available in dealerships from early January 2016. As with all Triumph motorbikes, it comes with an unlimited mileage, two-year factory warranty. Service intervals are every 6000 miles, or one year, whichever is soonest. Priced from £8,599 OTR, the same price as the standard Rx and £400 more than the Street Triple R. 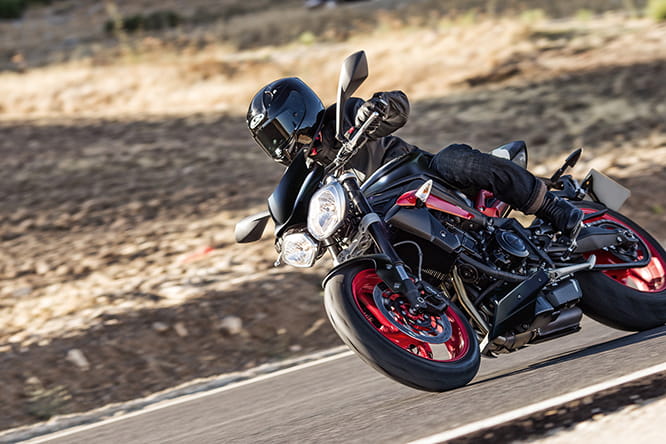