Every year more and more motorcycling events appear on the calendar taking place all around the UK and even though the weather's being a little unhelpful it's now time to plan your trips. We've picked out the top ten events to ride to. 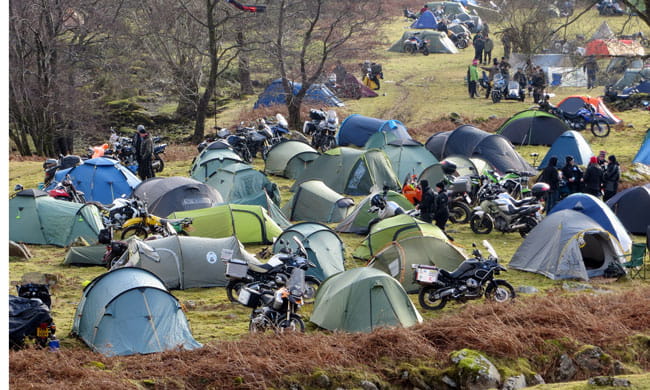 One of the classic, historic winter biker rallies (and, as such, often mentioned in the same breath as the German Elefant Rally), the Dragon has been held annually at the end of winter in North Wales since 1962 making it one of the UK’s longest running biking events. Famed for its toughness and Spartan terrain it’s not for the feint-hearted with attendees often having to endure miserable conditions often including snow. Even so, attendance is usually well into three figures. Entry is £25pp in advance. (NB the closing date for receipt of cheques for this year’s event is this Saturday, January 9th. Applications after this date should include cash. Full details on the website.) 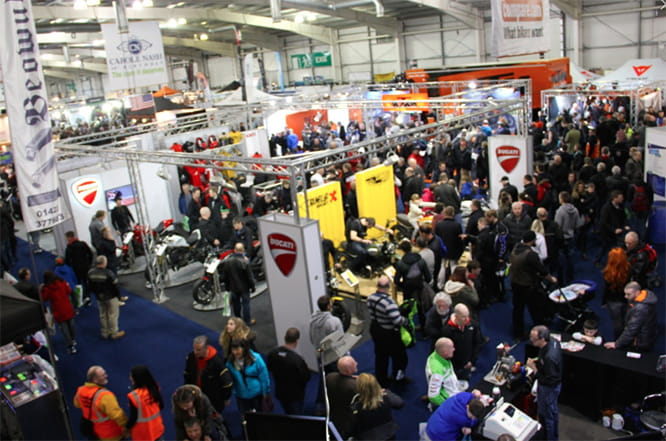 The Scottish Motorcycle Show is one of the traditional season openers and is this year again held at the Royal Highland Centre, Ingliston, Edinburgh, EH28 8NB. All the usual attractions will be present including the latest new models, classic bikes, stunt shows by Terry Grant and Kevin Carmichael, guest celebrities including Steve Parrish, custom bikes galore, trade stands and a sizeable auto jumble. What’s more it’s easily accessible and largely indoors, too – what’s not to like? Pop by and sasy hello to Bike Social too. Entry on the day is £17 for adults, £15 for seniors and U15s go free! 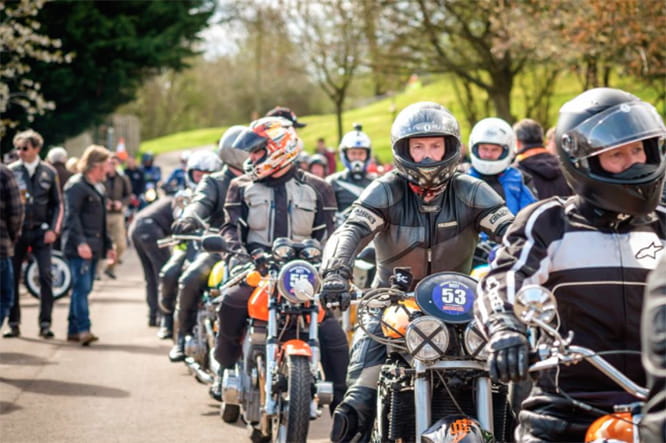 This bike festival is centred around the Prescott hill climb course near Cheltenham in the south west. Apart from over 100 exhibitors including trade and manufacturer stands, there’s stunt shows, music concerts and, best of all the opportunity to both watch a wide variety of bikes and riders tackle the famous hill but also to have a go yourself. Gates at the one-day event open at 8.30am and entry, for adults, is £12 in advance or £15 on the gate with kids going free. For full details checkout the website. 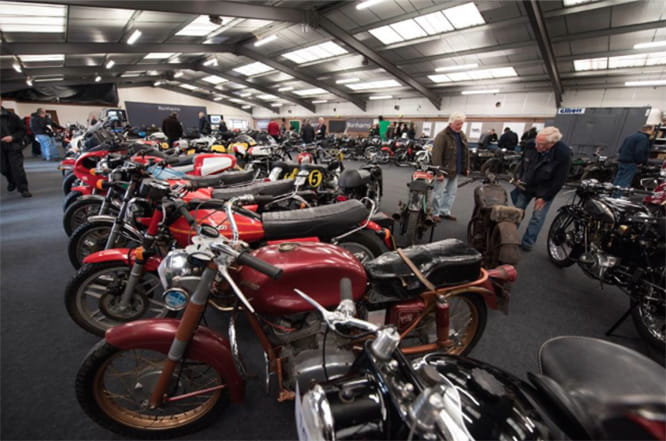 The Stafford Show, or, to give it its full name, the 36th Carole Nash International Classic MotorCycle Show, is arguably the biggest classic bike show of the year and combines all the usual elements – classic displays, club stands, trade and accessories vendors, celebrity meet and greets plus a large auto jumble – with one of the biggest classic bike auctions, via Bonhams, of the year which this year will see the sale of a recently discovered hoard of Brough Superiors. Adult tickets are £12 in advance or £14 on the gate with concessions for Seniors and U12s. 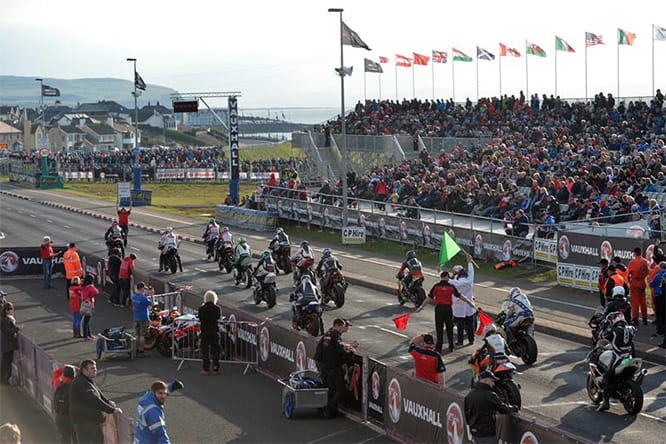 The historic North West 200 is one of the jewels of the Irish road-racing scene, one of the world’s fastest motorcycle races (and all on public roads) and has grown to become Ireland’s largest outdoor sporting event bar none.

Held on the famous ‘triangle’ of roads between Northern Ireland’s Coleraine, Portrush and Portstewart, the NW is a week long festival of racing and motorcycling and an event for the true road-racing connoisseur. It’s also a great ride to by bike and ferry, with ample bike parking. 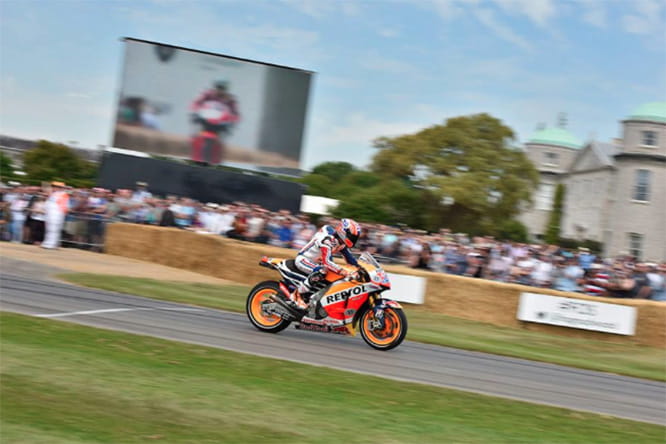 The Goodwood Festival of Speed is a motorsports festival centred around a demonstration hillclimb at Goodwood House near Chichester, East Sussex which, wince its foundation by Goodwood’s Lord March in 2003, has rapidly grown to become one of Europe’s leading and most star-studded motoring events. Although cars, and particularly historic racing cars of all types, take precedence, bikes also feature strongly, with Valentino Rossi and Casey Stoner amo0ng the star draws aboard their MotoGP machines in 2015. In addition there’s an immense amount of displays, demonstrations, manufacturer and trade stalls and more resulting in attendances in excess of 100,000 on each of its three days. It’s good – but it’s also busy and pricey! 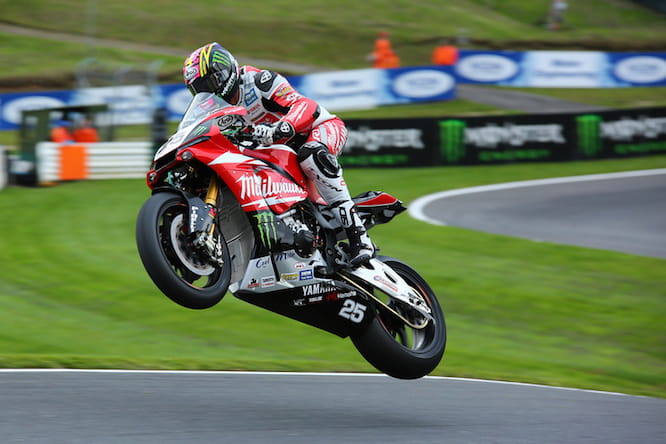 The Cadwell Park round of the British Superbike Championship, traditionally held over the August Bank Holiday weekend, has grown to become one of the highlights and most popular events of the British motorcycle sport calendar. It’s a picturesque (if narrow!) circuit, highlighted by the famous ‘Mountain’ with great spectator viewing, enjoyable access roads in the centre of the country if you travel by bike and, usually, great weather too! All-in-all there’s probably no better British national racing event! 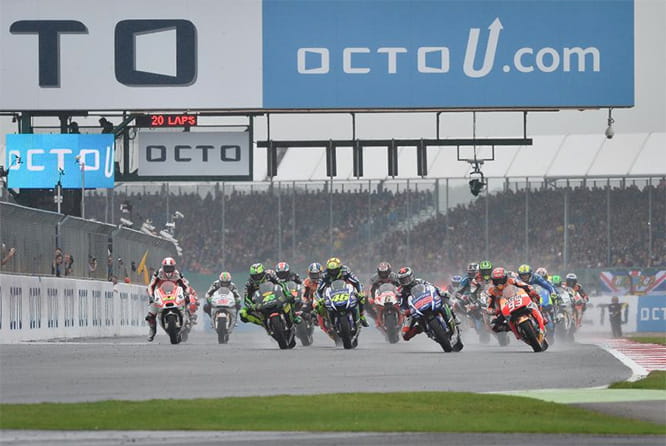 The British round of the MotoGP world championship series is the blue riband event of UK motorcycle racing and Britons’ only opportunity to see the likes of Rossi, Lorenzo, Marquez and their 250bhp factory GP machines in the flesh. For 2016 it continues at the enormous and spectacular Silverstone facility and is accompanied by a packed card of support races and a huge variety of side stalls, entertainments and displays. Silverstone is also as easy as it gets to access by road being located in the heart of the UK in Northamptonshire.

Not cheap, not up close and personal but as big and glamourous as motorcycle racing gets. 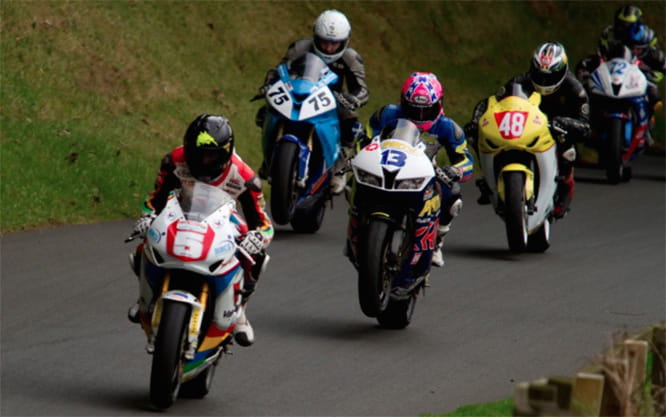 Almost the diametric opposite to the Silverstone GP, Oliver’s Mount, an ultra-narrow occasional circuit sited in a park in Scarborough, North Yorkshire, is about as close as you get to Irish-style road racing in mainland England. It’s also old school, ‘50s-style racing – but aboard modern production-based machinery – at its best. Crowds get close to the action, the atmosphere is friendly and relaxed the Gold Cup event in September is its marquee event featuring most of the TT names. It’s also a great ride-out by bike, over the Yorkshire moors to the picturesque Victorian holiday town. 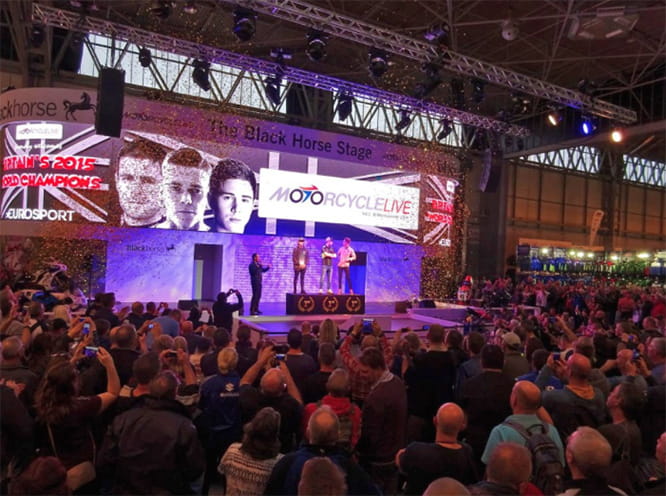 Again, not likely to be your warmest ride-out of the year (although last year it was exceptionally mild), Motorcycle Live at the NEC, Birmingham, at the end of November, remains Britain’s biggest and most significant motorcycle shown where nearly all of the brand new models for the following year will be on show for the first time. That’s reason enough for most, but in addition there’s trade stands galore, displays, celebrity Q&As and much more. Best of all, being in the Midlands, it’s easily accessible by bike with free motorcycle parking and (for a small fee) bike gear storage.

Any of those float your boat? If you're organising a bike event, meet or ride-out then why not advertise it for free on the What's On page of Bike Social. or you could see what's happening near you.