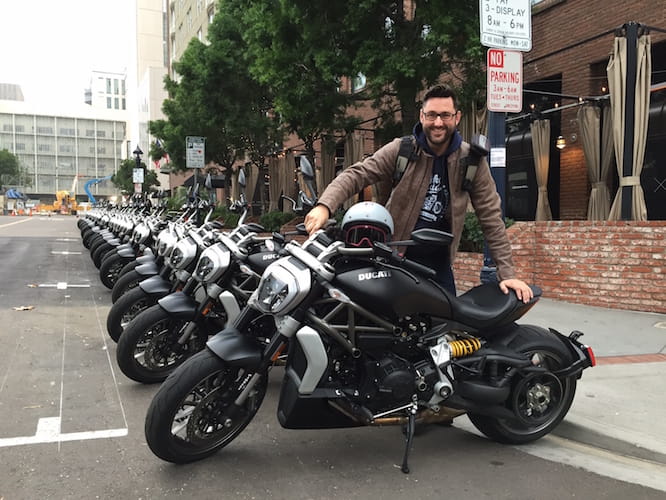 The thought of a feet-forward, belt-drive Ducati cruiser a few years ago would have sent the Ducatisti choking on their very expensive aged Parmigiano Reggiano and running for the first plane out of Bologna.

But, with the 165bhp Diavel launched back in 2011, and the Scrambler and Multistrada changing the perception of what a Ducati could be, Ducati has now launched its latest high-end toy. Meet the XDiavel, a 156bhp cruiser powered by a new variable-valve timing engine, complete with riding modes, launch control and a massive 240-section Pirelli rear tyre.

We're currently riding the XDiavel at its world launch in San Diego. 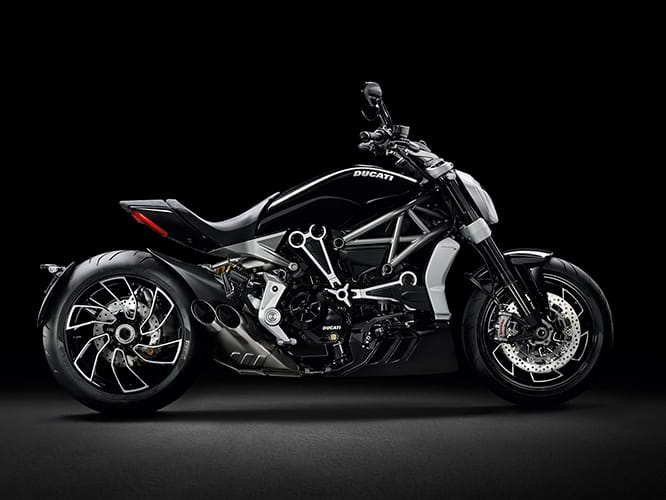 Our man at the launch, Bike Social boss, Marc Potter called in from California with his first  impessions. He said: "It makes its maximum torque of 95ft-lb at 5000rpm which is unheard of for a modern Ducati, so you can imagine how much grunt this bike has.

"Straightaway you can feel the incredible torque of the really low-revving engine, up to 5000rpm, it’s incredibly strong. On to the freeway and you just twist the throttle and you’re into the next lane. At lower speeds you can feel the 240 section rear tyre pulling the bike slightly off-line, it feels weird for the first few minutes but once you get into it it’s a really lovely motorcycle. This is every bit the cruiser Ducati say it is, but it is a Ducati as well and you can feel that from the force of the engine." 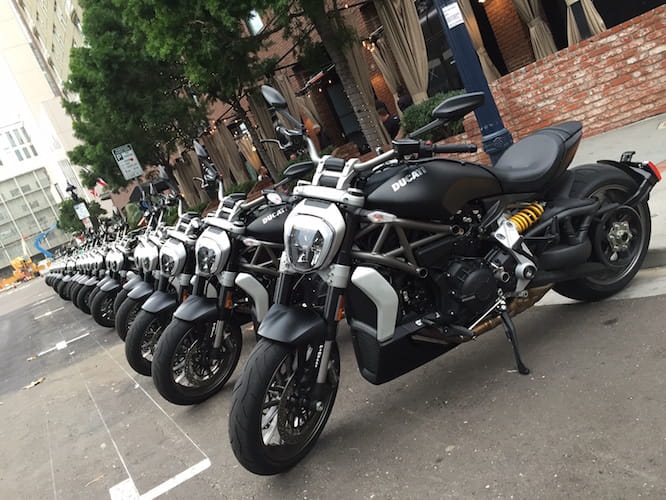 We'll have the full test of the XDiavel and some full technicolour pictures of our man riding the bike online later.