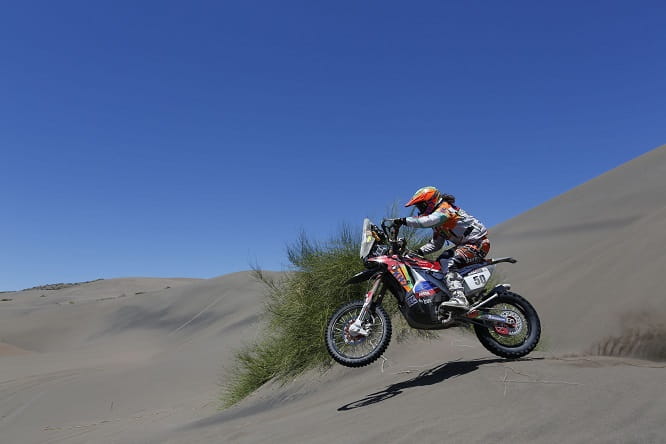 Featuring 9,000 gruelling kilometres across some of the most challenging terrain in the world, the Dakar Rally is without doubt one of the toughest races out there. You only have to look at the many amazing pictures to grasp an understanding of just how cool it is.

First run in 1978, the Dakar Rally was originally a race from Paris to, as the name suggests, Dakar in Senegal. However after the 2008 event was cancelled following a security threat in the African country of Mauritania, the rally moved to South America and is now held across Argentina, Chile and Bolivia in January each year.

You always hope with the Dakar you don’t have too many “stories” to tell because they usually mean things aren’t going so well!

It might be called a ‘rally’ but the Dakar is really an off-road endurance race featuring the toughest prototype off-road bikes in the world.

Taking place over thirteen stages in a two week period with hundreds of competitors, the Dakar can be quite complex to get your head around so we’ve pulled together a beginner’s guide with all you need to know…

The Dakar route varies each year, so don’t think that if you can learn the route this year you’ll be all set for 2016. There is an allocated route, but it’s not the cordoned-off track you might expect to find at other rally events. Navigation is part of the challenge of Dakar; if you get lost you lose significant time. 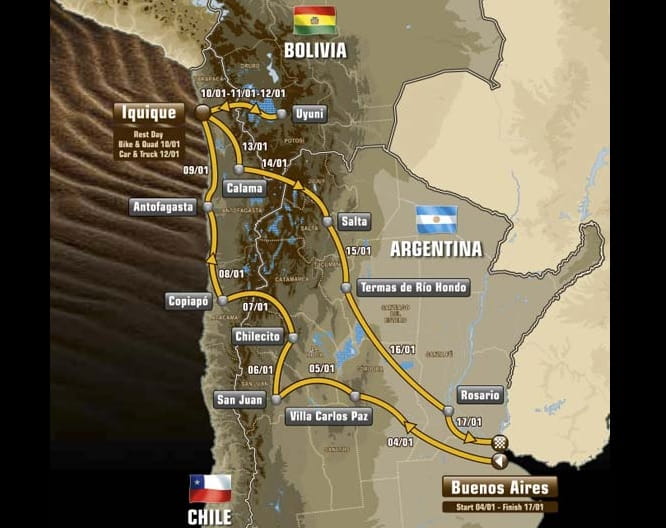 In total there are thirteen stages, which take place over fourteen days including a rest day. Each stage features both a ‘Road Section’ and a ‘Selective Section’. The road sections, as the name suggests, mainly follows the road networks as competitors travel, untimed, between the selective sections and the bivouac accommodation.

The selective sections, commonly known as special stages, are the competitive timed element of the event. These stages are largely off-road and involve a variety of challenging terrains, from mountain sides to sand dunes and swamps.

This year’s route forms a loop with both the start point and finish in Argentina’s Capital, Buenos Aires. The furthest point from the Argentinian capital is the Chilean city of Iquique. 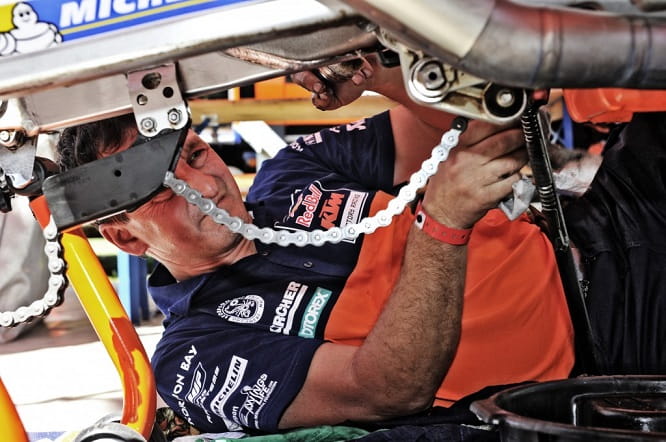 Two stages are chunked together as a Marathon stage, meaning there is only one winner for the two stages and overnight the riders are allowed no support from their crews. In fact, they stay alone with their bikes and only their riding team mates can help with any issues. This year’s marathon stage for motorcycles takes place between 14th and 15th January.

As previously mentioned, the bikes used for the Dakar Rally are off-road prototypes developed by manufacturers particularly for events like this. As of 2014, the bikes may be powered by single or twin cylinder engines up limited to a capacity of 450cc.

KTM has dominated the event recently. The factory, Red Bull supported outfit has been unbeaten since the turn of the millennium. Honda and Yamaha field strong factory efforts against the boys in orange but are yet to finish higher than second. Yamaha hasn’t won a Dakar since 1998 and it’s been some 25 years since Honda’s last victory. 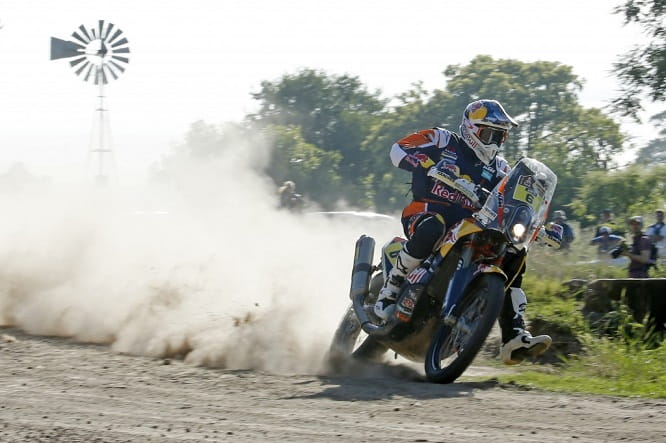 Favourite for this year’s Dakar is KTM’s four time winner Marc Coma. The Spaniard took victory in last year’s Dakar to mark his third win of the South American era.

Honda’s effort is led by Spaniard Joan Barreda, who won an impressive five stages in last year’s Rally before a crash saw ruled him out of the battle for victory. Barreda is one of the most promising riders in the Dakar but his nickname ‘Bang Bang’ didn’t arise without reason.

Many are touting Britain’s Sam Sunderland for success in this year’s event. After a strong 2014 rally, including his debut stage victory, the Dubai resident moves to the factory Red Bull KTM outfit this year. However, with Dakar King Marc Coma as his team mate – he won’t be the team’s number one priority.

After the defection of Dakar legend Cyril Depres to the four-wheeled category, Yamaha have pinned their hopes on 2014 third-placed man Olivier Pain. The Frenchman’s Dakar history has been blighted through injury and crashes, but he’s finished in the top ten for the last three consecutive years.

Keep an eye out for friend of Bike Social, Simon Pavey as he takes on the 2015 Dakar with his son Llewellyn for the first time!

Keep up with the goings on in Dakar with Bike Social's weekly round ups!