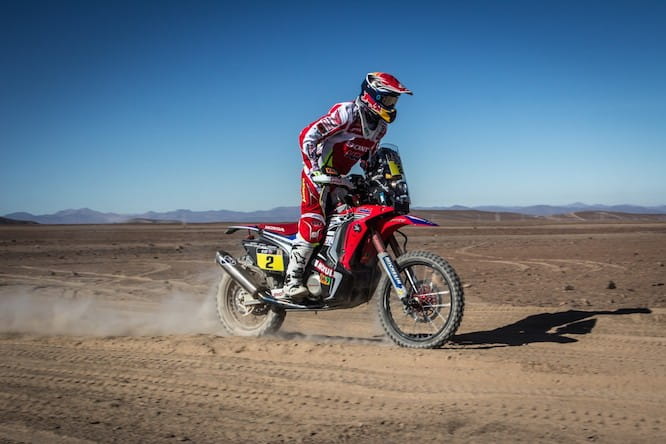 The first week of this year’s edition of the legendary Dakar Rally is now over and as would be expected, there has been no shortage of drama in the first seven days

After signing for the factory Red Bull KTM team for this year’s event, Britain’s Sam Sunderland was looking strong for a podium. Things got off to a strong start for the Dubai resident as he took his second ever stage victory on day one to lead the standings.

However the good luck didn’t last. A navigational error on the second stage saw Sunderland lose over two hours to his rivals, plunging him deep into the pack. A gallant effort saw him recoup good time in the third stage, but things would go drastically wrong on Wednesday as a crash saw him ruled out of the rally with a shoulder injury.

At the front, it was a strong first week for HRC’s Joan Barreda who leads the standings after the first seven stages by six minutes from KTM Dakar hero Marc Coma. Barreda took victory in the second and fourth stages with further podiums in stages three and five. 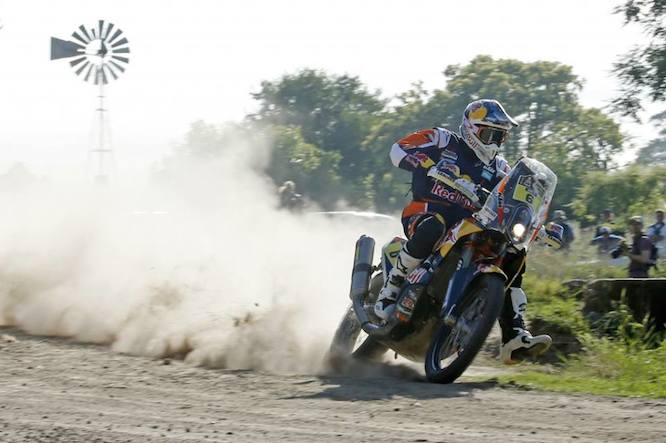 The Spaniard had led by an impressive 12 minutes ahead of the seventh stage, but a tumble in the closing stages of the seventh stage saw him lose significant time. Refusing to give up, Barreda rode the final 120km with his right handlebar hanging off, crossing the line just six minutes behind stage victor Paulo Goncalves and most importantly, second-placed Marc Coma.

Pre-race favourite, Coma is known to sit back and take things easy in the early stages. His first stage victory came on day five but a brace of consistent top five finishes ensured he’d remain close on Barreda’s tail.

Barreda will be banking on help from his teammates to fix up his crashed CRF450 Honda as no technical support is permitted from the team between the two marathon stages. If Barreda clinches the overall victory, it will mark the end of a 14-year KTM domination of the rally. 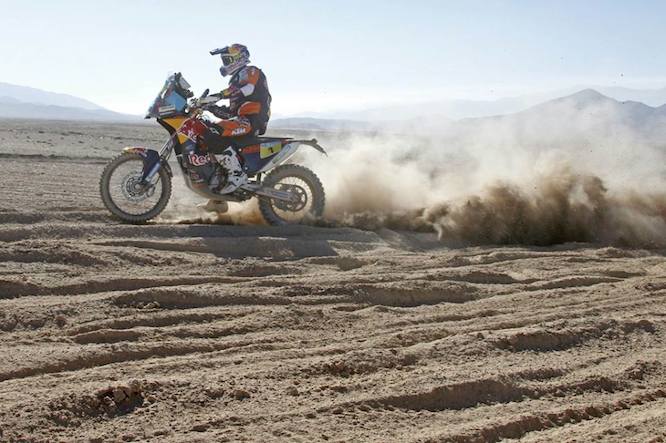 With just six minutes between the pair, Coma will undoubtedly put the hammer down to stop his compatriot as he looks to equal Cyril Depres’ record of five Dakar victories.

Paulo Goncalves sits comfortably in third some fifteen minutes ahead of Chile’s Pablo Quintanilla. Australia’s Toby Price is enjoying a strong rally in fifth, just 29 minutes off the leaders.

The battle is heating up between Simon Pavey, Dakar legend and friend of Bike Social, and his son Llewellyn. Pavey Snr currently sits 77th overall just three places behind his apprentice in 74th.

Unfortunately, the first week did not go without tragedy. Polish rider, Michel Hernik was found dead a couple of kilometers from the route on Tuesday.

Six more stages remain, including the remainder of the Marathon stage set to get underway later today, before the rally comes to its conclusion on Saturday after 9,300km.