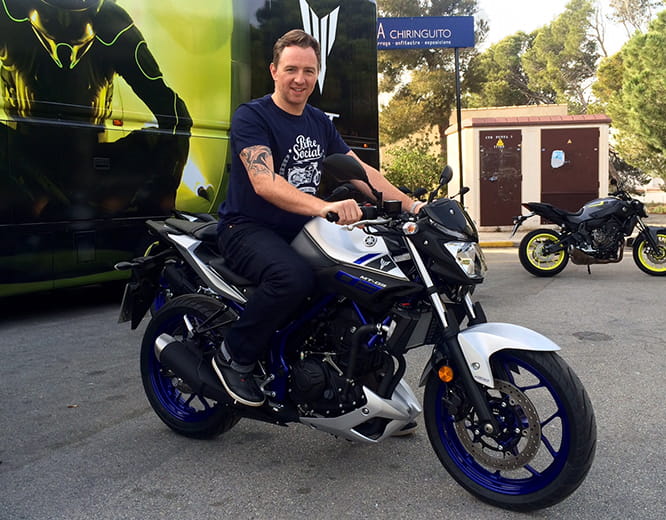 Offering younger riders a step up from a 125cc capacity machine, yet still remaining A2 licence friendly comes a new naked player to the game. Yamaha has taken it’s YZF-R3, launched only last April, whipped its fairing off and given it the MT makeover. Meet the MT-03.

MT stands for Masters of Torque and it’s been Yamaha’s golden goose of a range designation over the last three years ever since the middleweight roadster in the form of the MT-09 hit our streets in 2013. Since then we’ve seen a 125, several variations of the 07 and 09 plus the eagerly anticipated MT-10 coming very soon. These brilliant, budget-busting, ball-buzzing, beauties have a new family member; the £4499 MT-03. 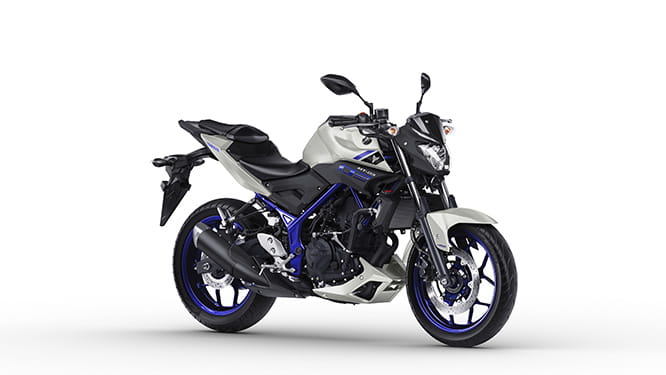 The MT-03 is up against some established and well-respected rivals in this burgeoning class in the shape of Kawasaki’s Z300 and KTM’s 390 Duke. Not forgetting of course, the forthcoming G310R from BMW, the German manufacturer’s first dip into the sub-500cc motorcycle market.

Bike Social’s Michael Mann was among the first to ride the compact and lightweight, 321cc, in-line twin at the press launch taking place in Spain today. With our full road test of the new Yamaha due later, here are our first riding impressions:

“Yamaha's MT-03 is ideally suited to an A2 licence audience or as a daily commuter. A low seat height which is narrow at the waist is perfect for the shorter rider and provides an upright position accessible for the higher, wider and closer handlebars than the almost identical R3. In fact this is the main of very many differences between the naked and faired version.

The engine is vibey and revvy and provides a great deal of entertainment on the fast, flowing Spanish mountain roads. It's smooth enough around town too, there's plenty of throttle travel. Performance wise the 03 has plenty to offer if the revs are high and keep the momentum. Under hard acceleration it runs out of puff before 9000rpm but then it's not designed to be a sports bike.

The twin cylinder bike has a typical MT appearance which is going to be attractive to younger riders, it looks cool. Its handling is extremely agile given its low weight and riding position. It turns quick enough for a 321cc street bike and the standard fit Michelin Pilot Street tyres do a fine job around town. This will be a popular bike among its target audience." 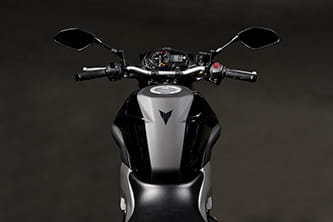 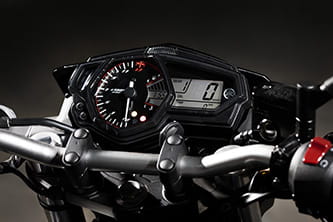