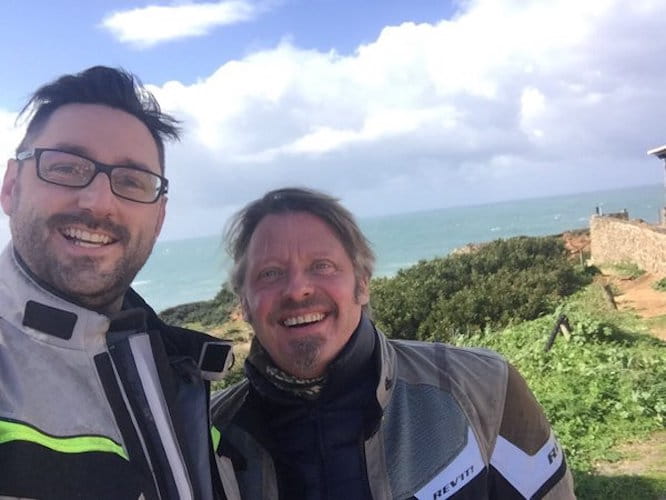 Renowned adventure rider Charley Boorman is in hospital with a suspected broken leg after an incident at the global launch of Triumph’s new Explorer in Portugal.

The ‘Long Way Round’ star was attending the launch as part of his new role as Triumph’s adventure ambassador when he collided with a car on the second day.

The incident comes just 24 hours after Boorman escorted a group of British journalists, including our own Marc Potter, around the southern Portuguese coast on the all-new Explorer.

Boorman's close friend and publicist Billy Ward tweeted: “Charley had an accident today in Portugal at the global press launch of Triumph’s Explorer. He was in a collision with a car and has been taken to hospital with a suspected broken leg."

All at Bike Social send Boorman our best wishes for a speedy recovery!