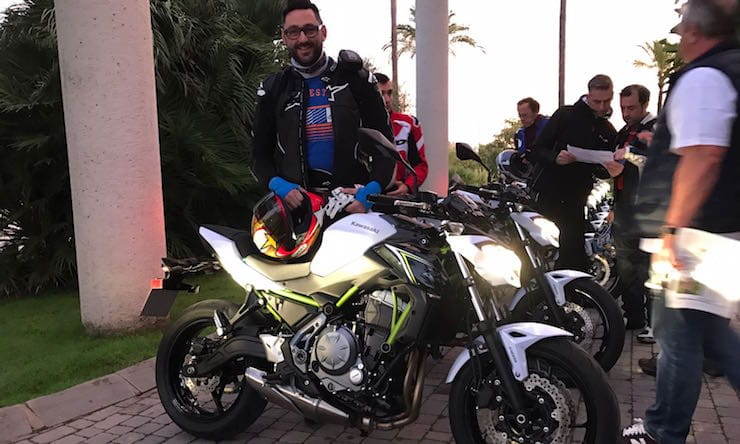 The new Kawasaki Z650 is a nimble, lightweight naked twin with a Euro 4-friendly 649cc motor making a claimed 67 British horsepowers and weighing in at 187.1kg with ABS.

It has a job to beat the faithful and much- loved Kawasaki ER6-n that it replaces. That bike made 71 of your finest British horsepowers, this makes 67.07bhp, as Euro 4 meddling means we’ve lost a few peak horses and the whole motor has been redesigned and refined.

The styling has been through the Kawasaki Z-styling department and echoes the Sugomi styling of the bigger Z900 and Z1000. It certainly looks sharp, and compared to the brilliant Suzuki SV650, it already makes that feel a little dated even though it was only updated last year.

The low 790mm seat height is noticeable as soon as you get on the bike, and in general it feels sharper, even easier to ride and a lot spritely than the ER6-n. The whole bike has been redesigned to become the Z650 and the biggest noticeable difference is the rear shock now sits in the middle of the bike, rather than on the side like the older ER6-n.

We'll bring you a full review of the Z650 in the coming days but for now, here are our experienced tester Marc Potter's first impressions, after around 60 miles in the saddle.

He says: "We’ve ridden 100km through the Spanish countryside near Seville on the new Kawasaki Z650. It may have lost a little bit of top end power but in the real world that doesn’t really matter as what you get is loads more bottom and mid-range, and that’s exactly where this bike is going to be ridden. The handling is sweet and it feels a lot lighter, and it is 17kg lighter (than the outgoing ER-6n) the brakes are adequate and the suspension is a little bit softly sprung for my weight, but then it is no sportsbike. It is fun. It’s nimble, it’s accurate and it’s light. The motor is friendlier and more responsive and it’s going to be a great bike for new riders and experienced guys alike."

Check back at BikeSocial for a full review soon. 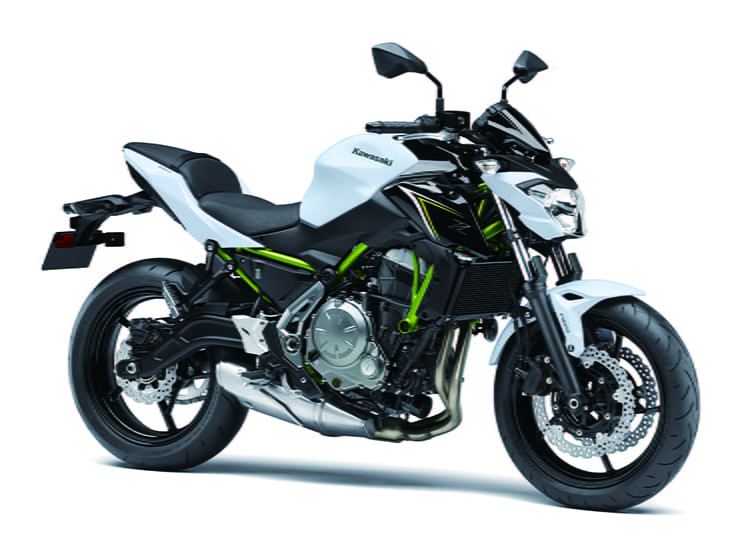