If 250bhp isn’t enough, what you need is an Aprilia RSV4 R FW-GP 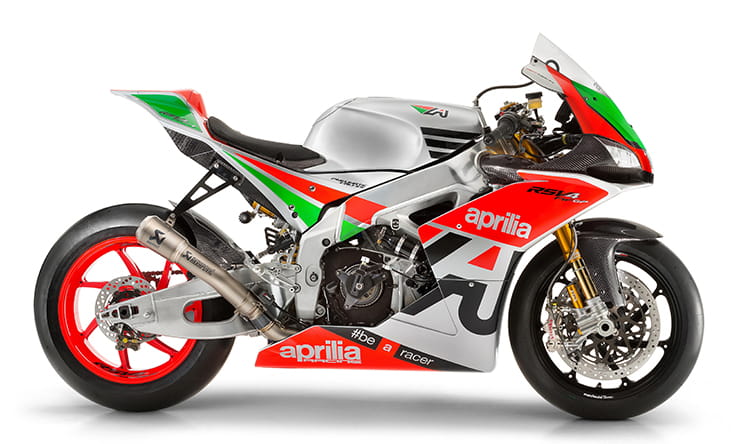 I don’t necessarily need an RSV4 R FW-GP in my life - I wouldn’t be that greedy but if I could just have a go on one that would be great.

Ducati have the Superleggera, Honda offer an RC213V-S and BMW have promised a HP4 RACE but if you bleed Aprilia and fancy trumping the lot then the RSV4 R FW-GP is not only a potential scrabble winning hand but also the name of the company’s new, MotoGP derived project. And what a project it is!

The RSV4 “Factory Works” project was introduced last year and promised customers advanced technology developed in compliance with the Superstock and Superbike championships for those who fancied racing or whipping their mates at a track day.

Now, in time for 2017, Aprilia have taken the programme to the next level by introducing an even more powerful version of the RSV4, called the FW-GP.

The most super of superbikes is fitted with the V4 engine with the bore taken to 81 mm and pneumatic valve timing included, a configuration similar to the one that Aprilia raced in the 2015 MotoGP world championship at the hands of Alvaro Bautista and Marco Melandri.

Aprilia say price depends on final spec and is available on application but the Piaggio-owned marque has confirmed the details of a full range of services before, during and after the sale including a factory visit to spec the new bike, live updates while its being built and a special track day with dedicated engineers to set the bike up.

Meanwhile, closer to reality, the new-for-2017, road going, straight-out-of-the-dealership version of the RSV4-RF gets upgraded suspension, brake and electronics though a price has yet to be confirmed yet. The 2016 version came with a price tag of £18,236 as well a claimed power figure of 201bhp however. 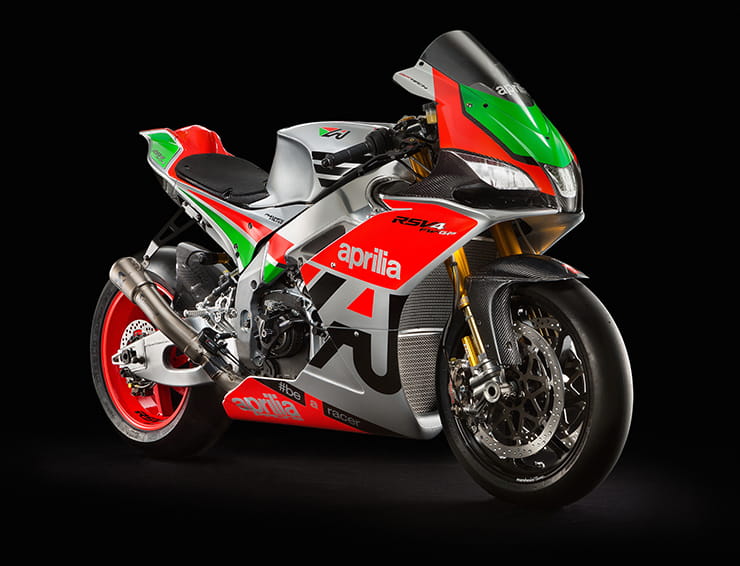 Romano Albesiano, Aprilia Racing Technical Manager said, “With the FW-GP, Aprilia Racing provides its customers, not only with the technology developed in MotoGP, but also with special treatment in terms of information, support and fine-tuning of the bike before, during and after the purchase, just like the riders have who race with Aprilia Racing, in order to allow them to take maximum advantage of this exceptional bike's full potential.”

All of the following versions of the Factory Works bikes begin with the 2017 Aprilia RSV4 RR Race Pack:

The starting point is the top of the range RSV4 R FW SBK, but the Aprilia V4 engine, derived from the unit in the RS-GP 15, has 81 mm bore and pneumatic valve timing to guarantee maximum power of more than 250 HP.