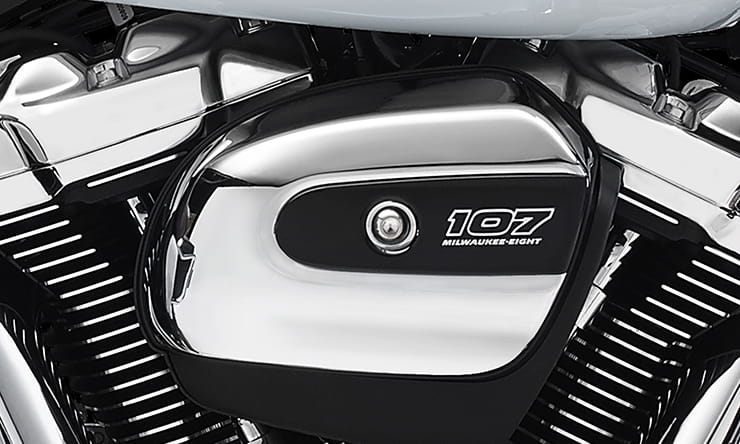 Harley-Davidson has announced an all-new V-twin engine, dubbed the Milwaukee-Eight, to be used in touring models from the 2017 model year.

The engine has a standard capacity of 1745cc, with a 1870cc version to appear in models from Harley's CVO (Custom Vehicle Operations) division. Although Harley's press material makes no reference to it, perhaps at the risk of offending the Harley faithful, the engine is water-cooled on several versions but well packaged to give the impression of a traditional air-cooled mill. In Harley's words 'a new heat management strategy for all Milwaukee-Eight engines improves rider and passenger comfort'.

Retaining the classic 45-degree V-Twin cylinder angle, the Milwaukee-Eight engine produces up to 11% more torque than the current unit and features four-valve cylinder heads that offer 50 percent more intake and exhaust flow capacity. The new powerplant is counter-balanced to cancel 75% of primary vibration at idle,which the company says will retain the classic Harley feel while being smooth at cruising speeds.

Despite its increased power, the Milwaukee-Eight engine delivers better fuel economy compared to previous motorcycle models and will no doubt be fully compliant with upcoming Euro 4 emissions regulations. 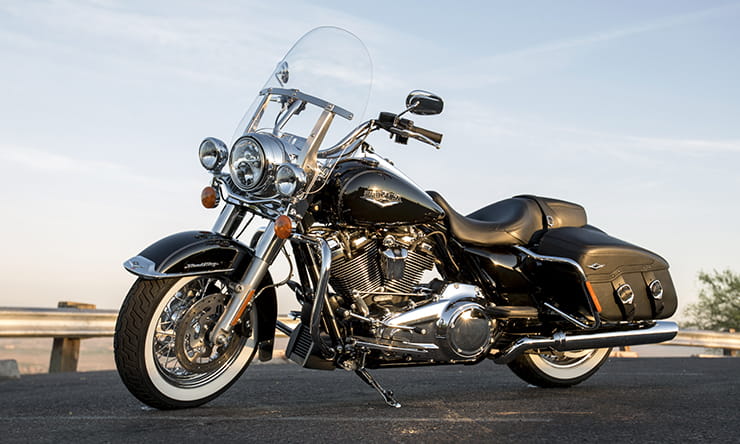 The Milwaukee-Eight is Harley's ninth V-twin design and, despite having a traditional look, is claimed to be new from the ground up. The company says that it has been designed based upon feedback from riders, no doubt looking for more refinement from their steeds, and initially it will be fitted to bikes in the company's Touring range, which consists of the Road King (Classic version pictured above), Street Glide, Road Glide and Ultra models.

No exact power figures, availability dates or prices have been announced yet, but expect for these to be confirmed in the coming weeks.

Harley has also announced three new CVO models. The CVO Limited and CVO Street Glide will both feature the performance version of the new Milwaukee-Eight engine, while the CVO Pro Street Breakout, which is powered by Screamin’ Eagle Twin Cam 110B air-cooled V-Twin engine.