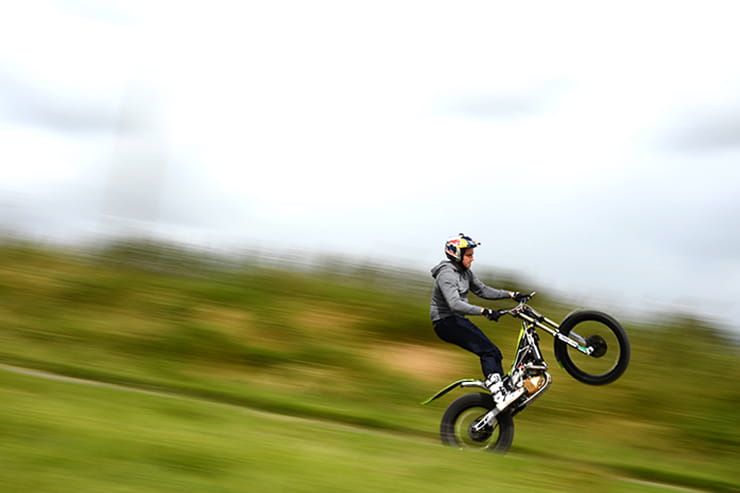 Trials riding ace Dougie Lampkin plans to wheelie continuously around the 37.7 mile TT course and his attempt will be broadcast live on Red Bull TV on Saturday 24th September 2016.

Leaving the famous start line in front of the TT Grandstand at 5pm, 12-time World Champion, Lampkin will look to use all his incredible bike control and experience as he sets out to complete one of the most iconic laps in motorcycle racing with its two hundred corners and variety of road surfaces to negotiate.

The ‘Mountain Course’ is better known for its high speed exploits, the current lap record stands at just under seventeen minutes with an average speed a touch shy of 134mph, Dougie's progress will be much slower but spectacular in its own fashion.  The 40-year old (yep, 40, doesn’t seem five minutes since Kick Start!)  hopes to complete his challenge in a time under 2-hours with an average speed of around 20mph, and all on one wheel.

Lampkin will be riding a Vertigo Combat two-stroke fuel injected trial machine, the motorcycle has been highly adapted for the challenge of riding solely on the rear wheel along the TT course. While the bike has been heavily updated, Lampkin has spent the last 6 months training and preparing for the task. 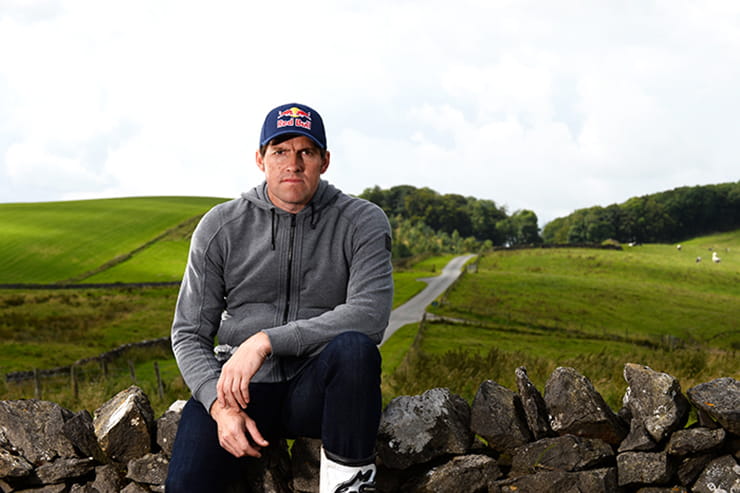 Local authorities will make sure this unique challenge will take place under a rolling road closure order (left hand lane only - course direction 5pm to 8.30pm). To assist with the challenge Lampkin will be joined by safety and warning vehicles and Lampkin's own team of advance motorcycle riders will keep him advised of forward conditions, completing the rolling convoy will be Police outriders who will ensure his uninterrupted passage through all the major junctions on the extended route.

LIVE coverage will be captured by the pursuit motorcycle and a helicopter and the onsite live studio will discuss Lampkin’s progress. Red Bull are adding another dimension to the whole experience, by offering viewers the opportunity to play along via a free smartphone simulator game that will be released for download ready for the challenge date on Saturday 24th September 2016. More game details to be released in due course.

With just over a month to go, Dougie said. "I have taken on some big tasks before, but this one is absolutely massive as there are so many unknowns. Over the last six months it has given me a lot of sleepless nights, and although we have made good progress in more recent weeks I am under no illusion just how tough it is going to be on the day. What started out as just an idea, which I have had for a few years now, will soon become reality thanks to the support of Red Bull once again. Like everything I do, I will be giving it 110% to do my best to succeed." 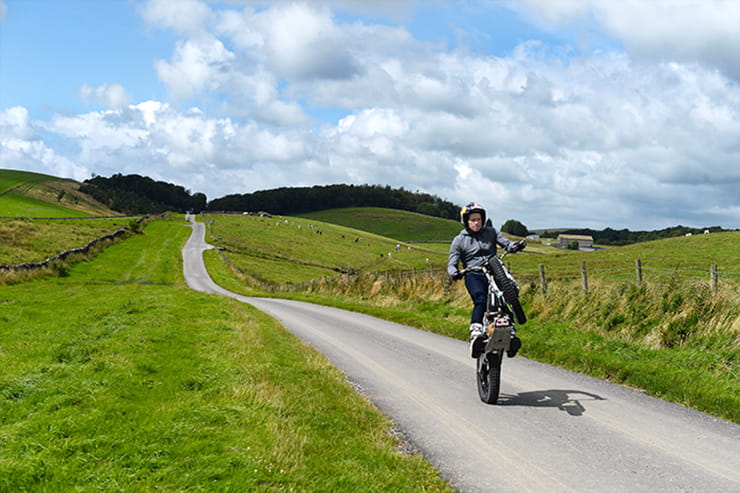