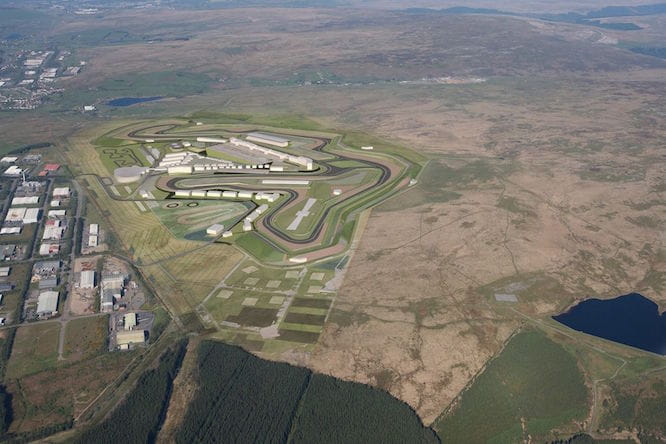 The Circuit of Wales project took a huge knock this afternoon as the Welsh Assembly opted to withdraw its financial support.

The government had been asked to underwrite the entire £357 million investment from insurance firm Aviva but identified this as an ‘unacceptable risk’ given the ‘significant questions around the viability of the project’.

Economy Minister Edwina Hart wrote in a letter: “As you will be aware we have been working to support this project for a significant period of time and have already in effect spent around £9m in support of its development.

“We also explored sharing the risk with several local authorities, and as you are aware that option also failed unfortunately.

“In these last few days we have considered that a guarantee of 80% of the total value of the project may have reduced our risk to an acceptable level, but the Circuit have not been able to secure any real private risk capital and so this option has not been possible.

However, the Minister stated that the door would be kept open should any new investors appear to move the project forward.

Michael Carrick, CEO of the group behind the circuit responded to the news by saying: "We fully recognise and appreciate the support and commitment of The Welsh Government and the private sector partners over many years to get a project as complex as The Circuit of Wales to a point where construction is imminent.

"The Circuit of Wales is a significant mixed-industry development with the potential to deliver widespread regeneration benefits to the South Wales region. Many observers near to the site will have noted that the pre-enablement works and ecology activity has already commenced and we have a range of contractors engaged on creating sustainable employment opportunities in this challenged area.

"We respect and understand the Ministers decision on the support for a 100% guarantee for our private funding. While this was our clear preference and reflective of the negotiations we have held over the past six months, we accept that the project will need to progress on revised terms.

"We will continue negotiations with The Welsh Government, the local authorities and Aviva Investors to advance the development on revised terms that will be acceptable to all parties."

The news will come as a major knock to the Circuit, which already has a contract to host the British Grand Prix until 2025 and hopes to do so from 2018. The race is currently sub-contracted to Silverstone and Bike Social understands today’s news will have no impact on the upcoming 2016 British Grand Prix.