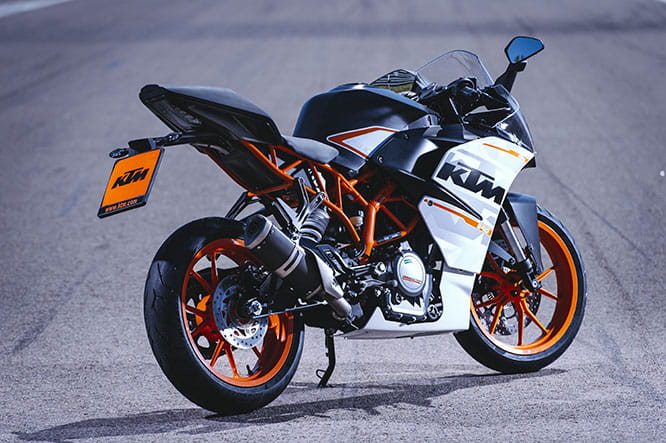 KTM has introduced a number of small but important changes to its 373cc sporty single, the RC 390, aimed at improving rider comfort while making the bike compliant with the latest EURO 4 emissions regulations.

The most obvious change to the 2016 model RC (which stands for Racing Competition) is the switch from the previous underbelly silencer to a more conventional side exit unit with redesigned lower fairing. The Austrian manufacturer has also introduced a ‘ride by wire’ throttle system to the 2016 bike, along with a slipper clutch that promises to make the bike more settled when downshifting into corners. Based on feedback from the various international RC 390 Cup championships, the latest bikes roll out of the Bajaj/KTM factory in India with a single 320mm front brake disc, rather than the previous bike’s 300mm item.

Other changes to the £5,049 machine are aimed at comfort and practicality, with adjustable brake levers, bigger mirrors and a more padded seat.

KTM claim that specs and performance of the EURO 4 compliant machine match that of its predecessor. Power remains at 44bhp, with a claimed dry weight of just 147kg. 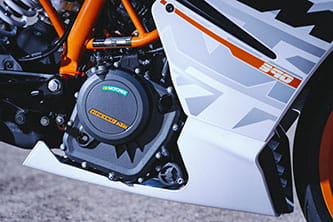 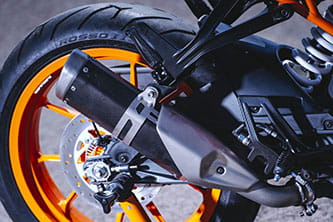 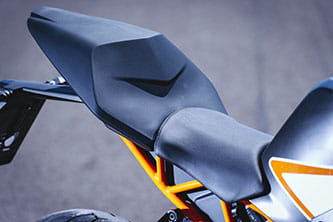 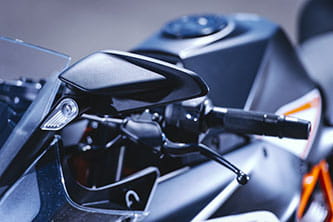