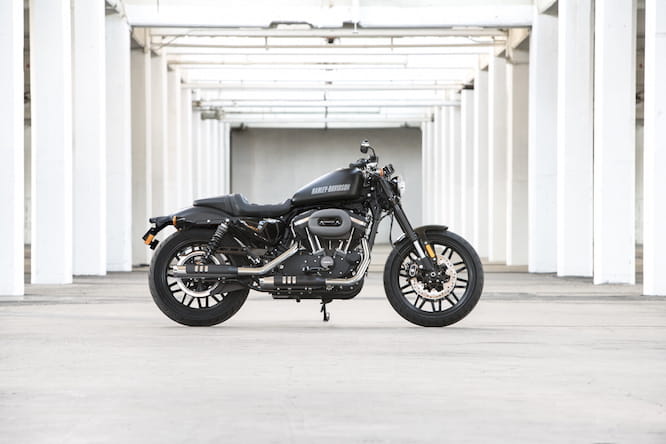 Harley-Davidson has released details of an all-new Roadster, the latest model to join the iconic American marque’s sportster range.

The Roadster is what Harley are calling a ‘mash-up of styling genres’, featuring a minimalist design which is said to be inspired by classic race bikes and the current trends of stripped down customs.

“We wanted to give the Roadster some DNA from the high-performance KHR models of the mid-50s, and later Sportsters tuned for the drag strip,” said Harley’s Director of Styling, Brad Richards. “Those bikes had fenders cut to the struts, the small fuel tank, and were stripped to their bare essentials to achieve a singular performance purpose.”

Available with ABS as standard, the Roadster puts its rider in an ‘aggressive’ posture with a new low-rise handlebar and mid-mount foot controls, placing the rider’s weight central to the 12.5litre sportster fuel tank.

The rear fender has been clipped shorter in-line with the stripped down styling, a slotted belt guard and muffler shields mimic the lightning holes drilled through race-bike components and a single four-inch diameter instrument tucked low in front of the triple clamp features an anologue tachometer with an inset digital speedometer.

The Roadster will be available in Harley dealerships from June 2016 with prices starting at £9,695.

We’ll be riding it next week so check back for the full review! 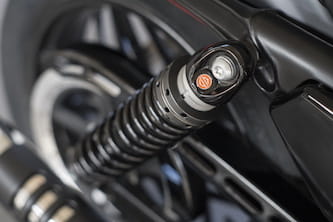 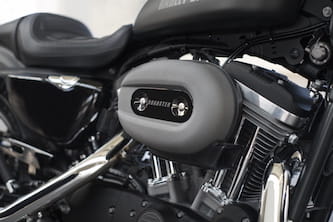 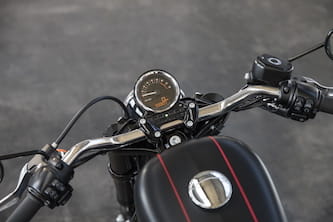 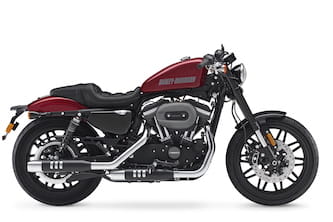