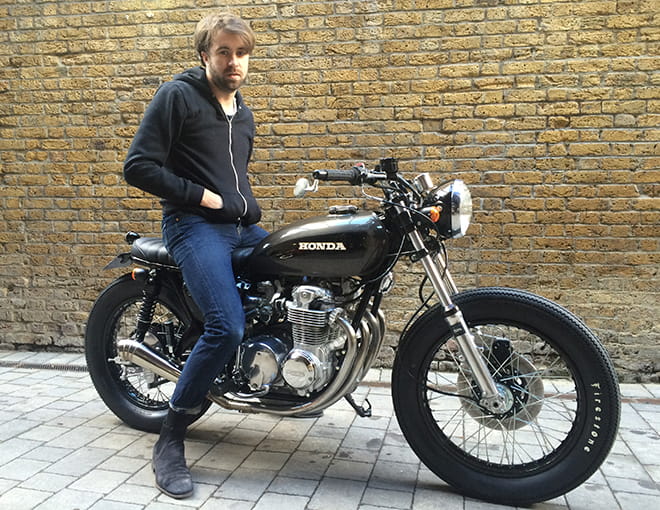 When you’re the front man of a indie rock band who’s had a number one album, played to sold-out gigs, been nominated for Brit awards and are one of the main acts at Reading and Leeds festivals this summer, what do you do to fill your time? Learn to ride a motorcycle and buy a one-off rebuilt custom classic Honda of course.

That’s exactly what lead singer of The Vaccines, Justin Hayward-Young did. A year ago the 28-year-old passed his test. He’s been riding in America where he spends a lot of his time on the road, but earlier this week he picked up a totally rebuilt 1976 Honda CB550K built by IDP Moto where it was handed over at The Bike Shed.cc in London.

Justin told Bike Social: “I’ve always been into this kind of bike and hankered for something with a classic look. I went to The Bike Shed.cc, spotted the CB550 and fell in love with it and had to buy it.

On picking the bike up, Justin told us: “I’ve just been standing there looking at it, there’s nothing I don’t like on the bike, every angle, everything I look at, and it rides so sweetly.”

Justin has plenty of mates who ride and his dad rides a Triumph Daytona T595 too, so bikes are definitely in the blood. He hopes to get to a British Superbike round later this year too.

The bike was built by IDP Moto in Silverstone to emulate a stripped-down, simple look so it gives the vive that it could have almost been built by Honda in that style. 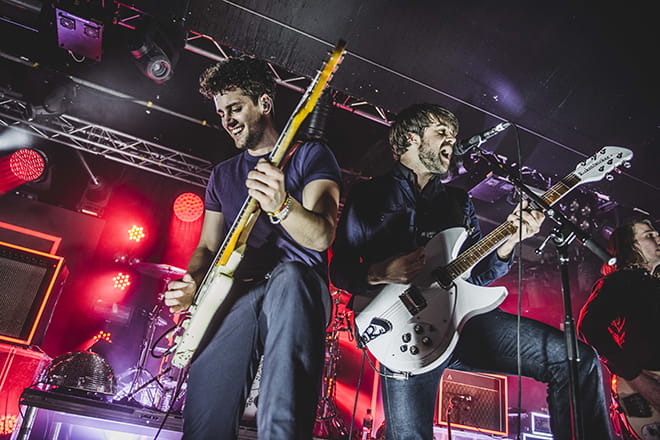 Darryl Young of IDP Moto explains: “We try and keep it simple, rip all the crap off it, and make it look like something Honda could have built. The entire bike is rebuilt and stripped to the last nut and bolt, the sub frame shortened, every nut and bolt is either replaced or replated and the frame powder coated.”

Paint was done by in-house paint man Spidey to keep a classic, simple theme going, a full exhaust system was made by Geoff Cain of Co-Built and the seat was hand-stitched and made by Steve Adams.

Darryl at IDP Moto wouldn’t tell us what The Vaccines front man paid for his bike, and fair play to him, but he reckons if you wanted one built then it would cost in the region of £10,000 depending on the condition of the donor bike that was sourced.