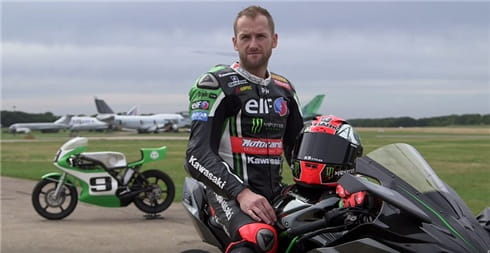 So it's no surprise that he owns one of the world's most powerful production bikes; the new-for-2015, supercharged, £41,000, Kawasaki Ninja H2R.

However, it's slightly more surprising that he also owns its predecessor, a 1974 Kawasaki H2R race bike and is therefore possibly the only man in the world to own both, according to the Japanese firm.

Not to shy away from a little publicity, the Huddersfield-born 30-year old took both machines and a film crew to enjoy a blast around the Bruntingthorpe Proving Ground in Leicestershire.

Given the choice of just one of these to be nestled in your garage which would it be?