Victory Motorcycles has unveiled its 2016 line-up with new colours and design updates across its cruiser, bagger, touring and electric models.

17 years after the first Victory motorcycle was produced in its Iowa-based factory, the firm has announced its 10-model line-up for 2016, nothing to revolutionary but it is a growing brand with its eyes on the European, Middle East and African markets as well as the US.

However, Victory also confirmed the road-going version of the Empulse TT bike, which finished third and fourth in the Zero TT at the Isle of Man TT back in June, will only become available in Europe subject to demand.

The bikes subject to the biggest changes are the two 1731cc V-Twin Vegas machines, each with lighter, stronger wheels, colour-matched frames and a sleeker headlight. 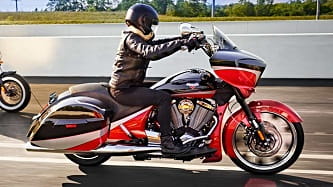 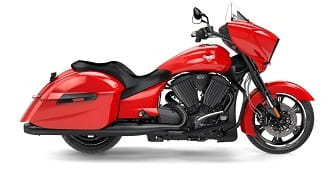