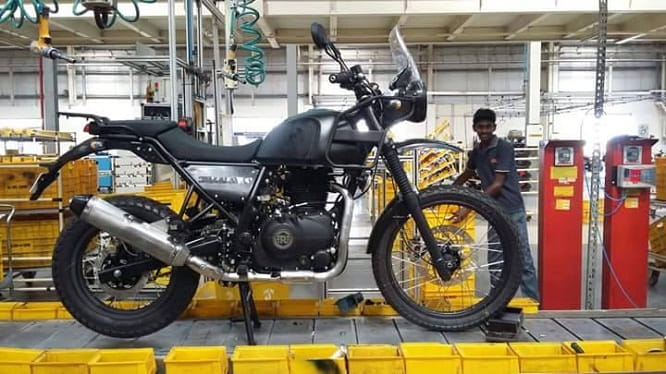 Royal Enfield has made no secret about expanding its range and becoming a real force to be reckoned with in modern motorcycling in Europe over the next few years. And as these pictures of the new Royal Enfield Himalayan show, the firm means business. 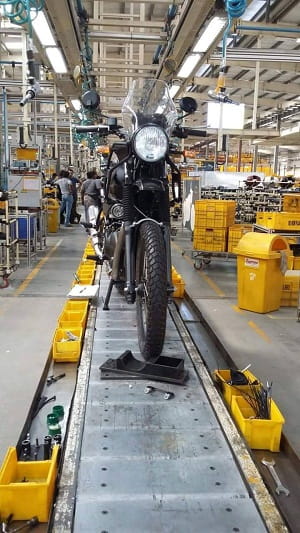 The pictures were snapped in India yesterday by the Royal Enfield Bullet Club who then published them, and show clearly the new bike in its production format.

Spy shots have been seen, but as far as we're aware, this is the first time the finished bike has been spotted.

It looks like a whole new engine for the bike, which is thought to be a single-cylinder of around 400cc, which will then lead to other models aside from this pseudo adventure bike designed to take on BMW's F650GS. The Himalayan’s main target is still the Indian market but it could be a promising option for those looking for a tough commuter machine.

Royal Enfield has been buying up British talent and expertise in recent months following their acquisition of Harris Performance, the same guys who designed and built the prototype Continental GTs. They have also acquired a top British motorcycle design agency, and hired in one of Triumph's former engineering chiefs, Simon Warburton, and a host of his former colleagues.

The firm has set up an entire R&D operation in the UK at a new facility in Bruntingthorpe, Leicestershire.

No further information on the Himalayan is known yet, but it certainly looks a world away from the classic Royal Enfields of old.

Royal Enfield’s Chief Executive, Siddartha Lal, confirmed to Bike Social back in May that the firm were working on two new middleweight engine platforms. He said: “We will look to stay in the middleweight category, not heavyweight or super-expensive. We have really understood what the gap in the market is globally and as a result of that we are looking at how we can address that gap.

“All our plans are for middleweight motorcycles, nothing sub 250 and nothing above 750cc. Two new platforms in addition to the new platforms, 350 and 500. The engines are already under development and so are the motorcycles. The UK will take the lead for developing these bikes.” 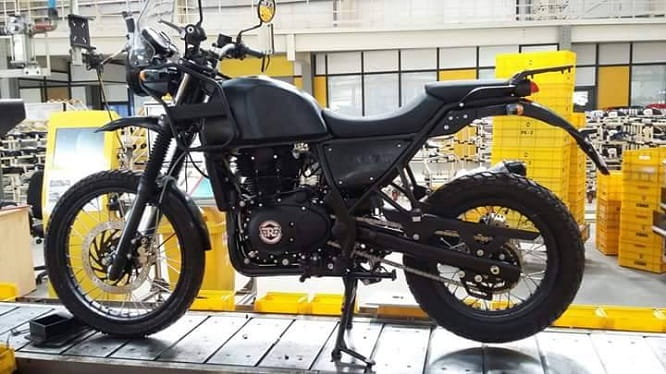 Is there a market for a smaller capacity adventure bike in the UK?