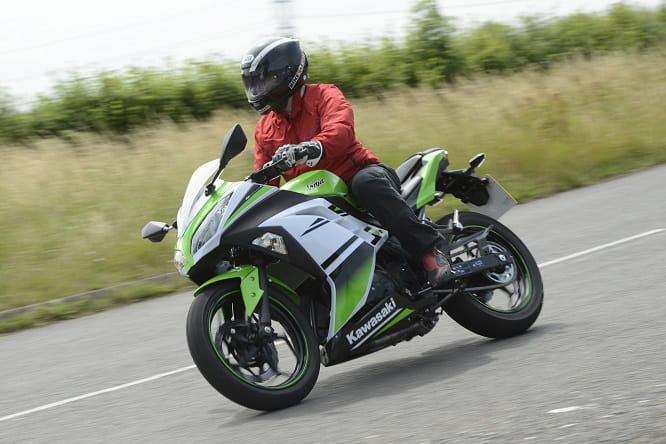 Decades ago, new riders cut their teeth on small, sporty bikes. Two-strokes like the 250cc Suzuki X7 and Yamaha RD350LC were the bikes to have in the 80s, while 90s newbies usually lusted after the amazing RGV250 and a host of super-trick Japanese-spec grey imports.

Small was cool, small was fun. Small was a great way to get into motorbikes.

Then came Direct Access, bewildering licensing laws and dwindling numbers of new motorcyclists. Sub- 400cc machines became almost extinct as a new generation of riders got straight onto big bikes, but now they are making something of a comeback, and that’s great news for young riders.

This new generation of tiddling sports bikes comes in spite of our licencing laws, rather than because of them. As the European and American motorcycle markets collapsed in the late noughties, manufacturers turned their attention to the emerging Asian markets, like India and Thailand. The result was the emergence of some range-topping new models for these emerging markets, where sub -200cc bikes swarm the streets and 300s are the rock star superbikes. The result was pretty cool, which is how we’ve also ended up with some neat new models like the Kawasaki Ninja 300 and Yamaha R3 on our shores too. 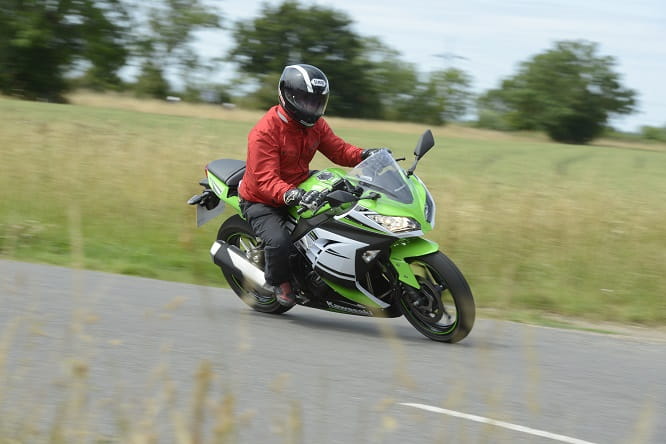 At first glance Kawasaki’s 300 looks a lot like the race-replica ZX-6R and ZX-10R with which it shares the Ninja moniker. But unlike the decadent mini-superbikes of the 90s (think ZXR400, NC30 and FZR400RR) these latest generation of entry level sports bikes have been built to a price. Look closer and the Ninja 300 sports a pretty basic steel frame, conventional right way up forks and budget IRC tyres. Still looks ace though.

Of all the manufacturers, Kawasaki were the ones that never really abandoned the small bike sector. The Ninja 300 can trace its roots back to the EX250 of 1986, which wore various frocks as it metamorphosed into the GPX250, ZZR250 and ZX250 Ninja, before arriving at its current 296cc version in 2013.

With prices starting at £4,499, the Thai-built Kawasaki comes in at £300 less than the new Yamaha and despite the budget components, it does have a nice quality feel about it. Thumb the starter and it whispers into life, sounding more like a basic 125 than a race-winning Ninja and confirming that the Ninja 300 is a day-to-day commuter more than anything else.

That’s not to say that the little twin can’t get down and boogie. Despite the ageing design, there’s a fair bit of modern tech in the 300, including a slipper clutch, lightweight cylinders and pistons, as well as dual throttle valves. Wring its neck and there’s 40bhp on tap, delivering a three figure top speed and video game fun. Ride it hard and life begins at 10,000rpm on these little bikes, with the soundtrack changing from whispering commuter to rasping sportster, in relative terms, of course as you dance with the gearbox to extract maximum performance from the little engine. 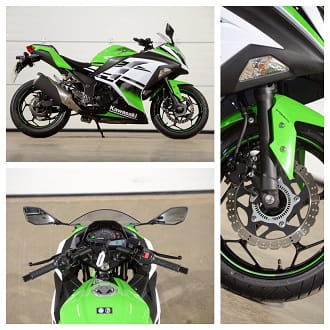 I spent two weeks in the company of the Ninja 300 and really fell in love with it. In addition to the Kawasaki, we also had access to the Honda CBR300R, KTM RC390 and Yamaha YZF-R3 for our recent group test, but for two trips to London, my daily commute and a 100-mile riding assessment the Ninja was my mount of choice. It wasn’t the fastest, the lightest or the cheapest, but it felt the most complete package of the four bikes.

Indeed that is one of the big problems faced by inbetweeners like the Ninja 300. It’s a fine A2 compliant machine, but chances are that many of those riders are going to be somewhat strapped for cash. Sitting either side of the Ninja 300 in the Kawasaki line-up are the £3,849 single cylinder Ninja 250 and the excellent ER-6 range, which starts at £5,399 and can be restricted for the A2 licensee. Good as the 300 is, many prospective buyers may well be tempted by other models in the range.Our test bike was the £5,049 30th Anniversary edition, coming in the almost obligatory lime green colour scheme. Ours was also fitted with the optional anti-lock braking system (an extra £400) which worked really well and is a worthwhile safety addition. Kawasaki also offers a ‘performance’ version with a sports exhaust, bigger screen and solo seat cover but, at £500 more, the price starts to get a bit too steep for an entry level bike.

For young riders looking to earn their spurs, there’s no doubt that the Ninja 300 is as good a day-to-day proposition as anything out there. I can also see it appealing to older riders who are perhaps starting to find bigger bikes a little unmanageable but who want to stay on two-wheels with something light, sporty and unintimidating – just like they rode back in the day. 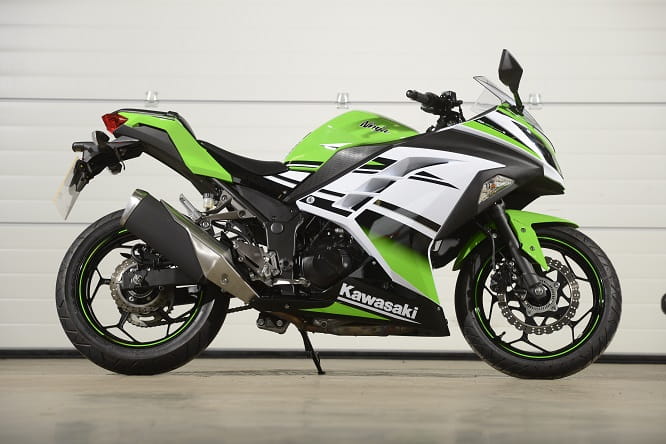