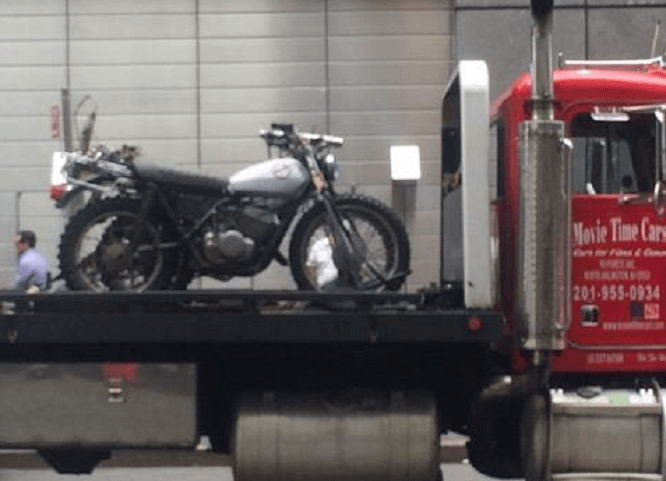 Bike Social reader Marcus Orme has fired us this photo from the set of the new Ghostbusters film, featuring what has been revealed as the ‘Ecto-2’ Ghostbusting scrambler.

While the original, 1984 film didn’t feature a bike, the new rendition, set for release in summer 2016, will see the ghoul-busting gang expand their fleet, with what is believed to be a Honda-motored scrambler built by Massachusetts firm Madhouse Motors. 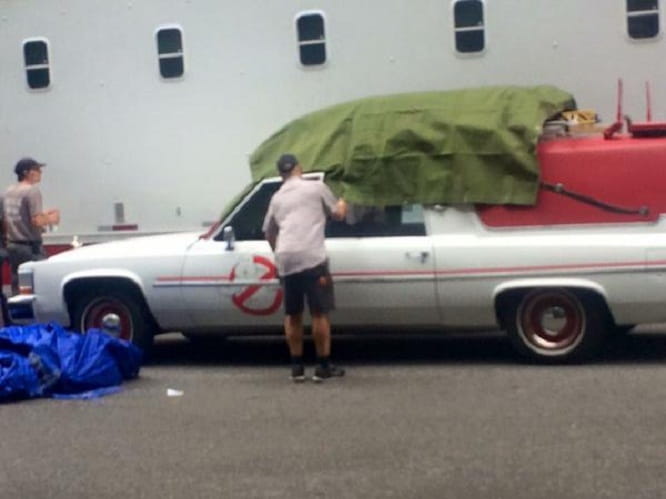 The air-cooled, single-cylinder scrambler is relatively basic, but includes a number of add-ons which can only be assumed are essential for spook-splatting.

The film, which, unlike the original, features women in all lead roles, is currently being filmed in Boston.