Evel Knievel and The Fonz’s iconic bikes up for auction 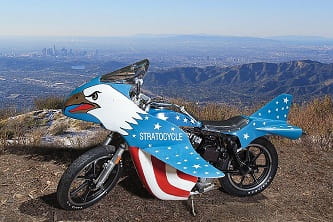 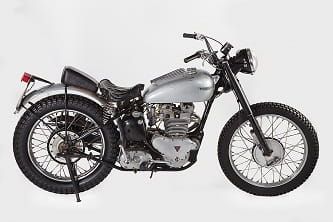 Evel Knievel and The Fonz’s iconic bikes up for auction

Two iconic motorcycles from small and large screen are set to go under the hammer at a Hollywood Memorabilia Auction taking place in California at the end of the month.

From the 1977 film ‘Viva Knievel!’, is a modified 1976 Harley-Davidson XLCH Sportster 1000, known as the “Stratocycle” which was ridden by Evel Knievel himself in the film in the rescue sequence when he breaks his alcoholic mechanic, played by Gene Kelly, out of the mental hospital.

Its appearance in the film prompted a toy version of the Stratocycle to be made by Ideal Toy Company which became the most valuable and collectable of all Evel Knievel toys. 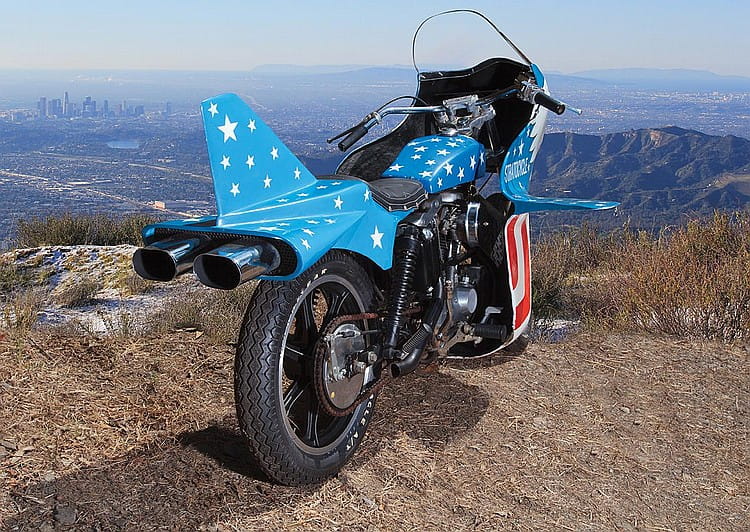 The Stratocycle comes with original California registration card issued for (VIN# 4A20750H6) from AMF Harley Davidson MTR Co. to Warner Bros. Inc. as well as an original invoice from Harley-Davidson Motor Co., Inc., dated 14th August 1978, selling the motorcycle following the production to “Rich Budelier Company” (the Los Angeles Harley dealership which provided the motorcycles for the film) with the following note:

The auction takes place on 1st October and this is the only known film-used, stunt-ridden motorcycle by Evel Knievel to reach the auction block. 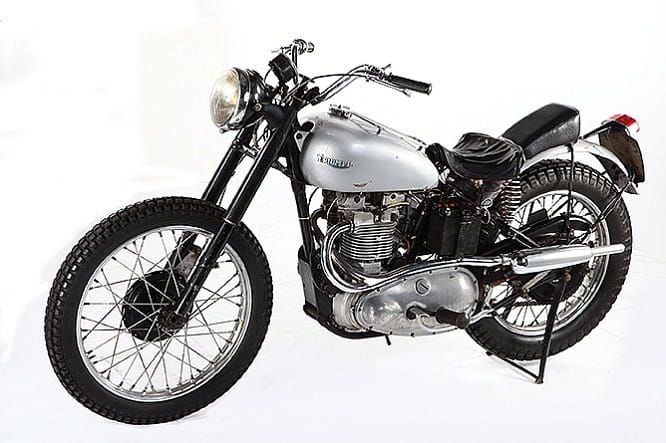 The second two-wheeled icon is the 1949 Triumph Trophy TR5 used by The Fonz in Happy Days.

Going under the hammer a day earlier than Knievel’s Stratocycle, on 30th September, is the motorcycle that made Henry Winkler’s character, Arthur ‘The Fonz’ Fonzarelli, cool. Happy Days ran between 1974-84 and at its peak was watched by some 40 million Americans.

The Triumph Trophy 500 Custom (frame number TC11198T) was originally owned by Hollywood stuntman, racer and provider of bikes to the studios Bud Ekins (it was Ekins who actually jumped the barbed-wire fence in The Great Escape, doubling for his friend Steve McQueen).

This ‘49 Triumph is one of three Triumph’s used during the show’s run. According to Ekins, all three Triumphs used on the show were 500cc Trophy models of various years – two of which went missing/stolen, or raced to the ground and sold for parts.

When the show ended, Ekins sold the third Triumph to friend and motorcycle collector Mean Marshall Ehlers where it resided since 1990.

It was often rumoured that Winkler was frequently pushed on the bike by stage-hands, confirmed by his own admissions due to his inability to ride a motorcycle. It remains untouched since appearing on television screens over 30 years ago.

Head to http://www.invaluable.co.uk/ for more info or to place your bid. If you do, let us know won’t you?