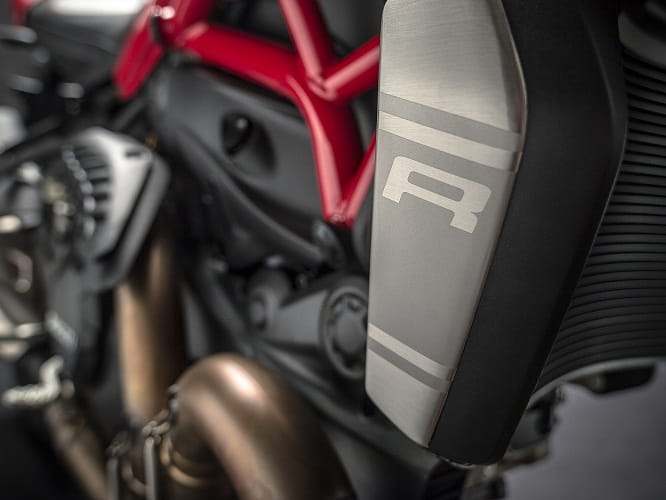 Ducati have released a teaser photo of what they are calling their 'most powerful naked ever'. Full details are set to be released on Monday 14th September and we'll be riding the Monster 1200 R at the world press riding launch at the end of the month.

The new Monster 1200 R has a more powerful engine, a sportier chassis and an advanced design say Ducati.

The existing Monster 1200S, which we had on long term loan last year, packs 145bhp, and is a firm favourite thanks to its versatility and we can expect to see much of the Monster's finest components taken to the next level on the brand new 'R' model. What Ducati do have up their sleeve is the new-for-2015 Desmodromic Variable Timing (DVT) 1200cc engine, used in the Multistrada, that gives smooth response at low-revs, and punchy top-end V-twin power, with 160bhp.

The tubular steel tellis-framed naked Monster's were introduced back in 1993 and we look forward to reporting on this, the most powereful naked ever, soon.

What are you best Monster memories?  or !