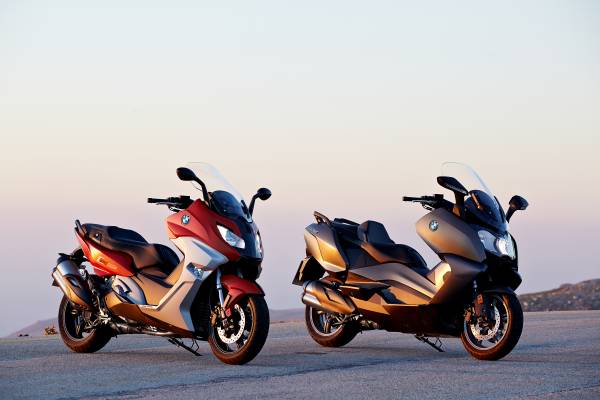 Ahead of the motorcycle shows in November where the manufacturers traditionally unveil their 2016 model range, BMW have today taken the covers of their maxi-scooter upgrades.

The new C 650 GT and C 650 Sport cater for riders’ requirements for combining practicality, cost-efficiency, riding fun and touring comfort, according to the BMW press release. The differences between the Sport and GT versions emphasise BMW’s target to reach a broader audience.

The GT model comes with an optional safety feature which BMW claim this is a “world first for two-wheel vehicles”, as yet unseen on a motorcycle, called Side View Assist. When changing lane, the bikes four sensors monitor the blind spots for vehicles within a 5m radius and alerts the rider via a flashing hazard triangle on either the right or left-hand rear-view mirror. 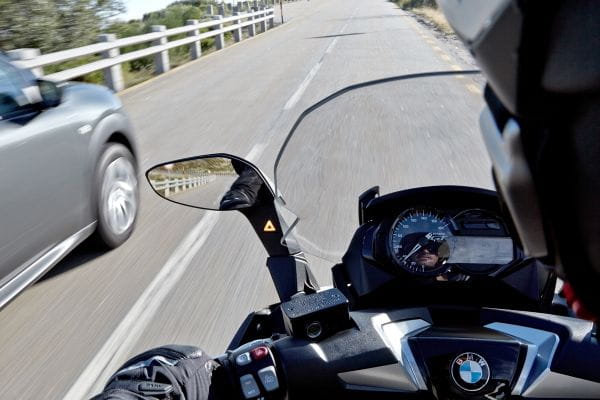 The same in-line twin cylinder, 647cc motor is used in both models providing 60 bhp at 7500rpm, while a restricted A2-licence variation is also available. Engine mapping has been redefined to comply with Euro4 emissions requirements, the drivetrain modified, suspension settings enhanced and the design revised, particularly on the C 650 Sport. 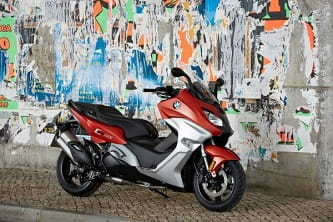 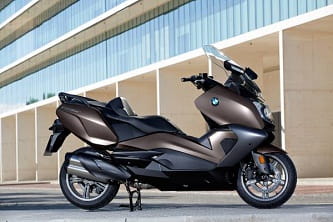 Drivetrain modifications include a new CVT set-up in conjunction with revised clutch linings for more dynamic clutch engagement and quicker acceleration. New suspension and damping set-up based around the swing-arm unit offer a better compromise between sport and comfort while retaining its 115mm travel. A new silencer offers both a visual and audible enhancement as well as complying with noise test regulations.

ABS and ASC (Automatic Stability Control) are included as standard on both models. The C650 Sport has been completely redesigned while the GT has been fine-tuned including new instrument dials and handlebar trim while automatic daytime light and revised centre stand are additional upgrades. 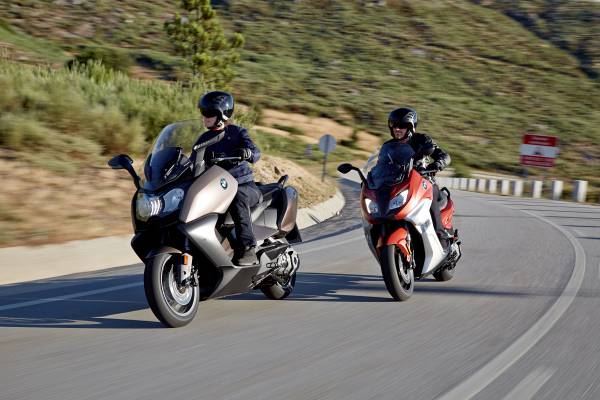