At £6249, the XSR700 is priced very competitively, just £500 dearer than the ABS version of the MT-07. It’ll be in dealerships from January 2016 but Yamaha will have a handful available to ride at Motorcycle Live at the NEC at the end of November. 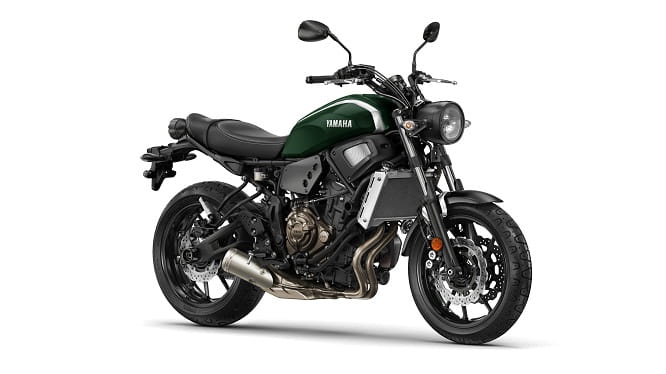 The MT-07 is Europe’s second best-selling bike and much of the internals of the new bike have been commandeered yet it’s the style and possibilities of the XSR700 which make it stand out on its own two feet compared to its popular brother.

Designed by Yamaha’s external design house, GK, Jun Tamura (Head of Design) introduced a 5-stage concept brief for the bike: he aimed to interpret the words modern, timeless, original, neutral and universal and has created a retro-styled, lightweight bike for riders of all abilities.

An alternative frame using the engine as a stress member leaving no down or bottom tubes on the frame surrounding it is one of the main differences. The short tail section and bolt-on subframe offer easy access for customising. The seat is taller by 10mm over the MT-07 because the handlebars have been moved towards the rider, creating a more upright riding position.

The retro classic has new, round lights front and back as well as a new round (spot the theme) instrument display.

The XSR700 has been designed with customisation in mind with removable aluminium side covers on the fuel tank and front mudguard just two examples, along with new Pirelli Phantom tyres. 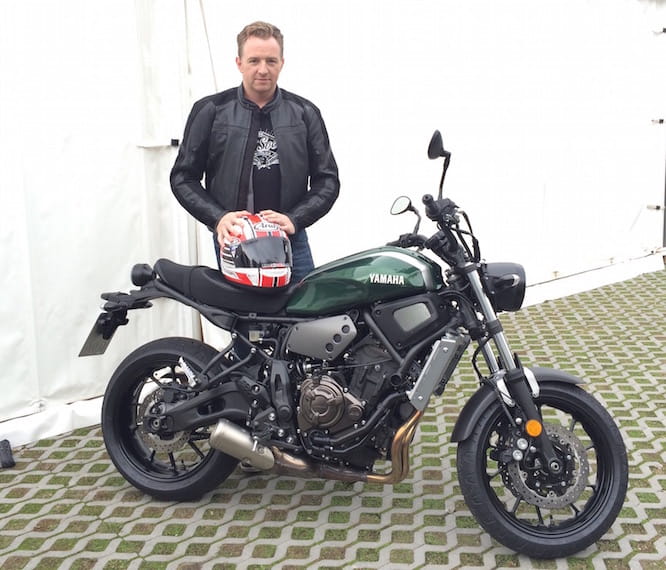 Bike Social's Michael Mann is in Sardinia on the world press launch and ahead of the full review, here are his first riding impressions:

Yamaha’s new retro-style XSR700 offers a very similar ride to the Yamaha MT-07 on which the new XSR700 is based. The torquey parallel twin delivers its 75bhp very smoothly with an instant throttle response and a tidy 6-speed gearbox.

The two-texture leather vintage style seat pushes you forwards into the narrow waisted tank. It fits well with the slightly more upright riding position on the 10mm taller seat. It’s comfortable enough although we've only covered 25miles of Sardinian mountain roads so far.

Like the 07, this in an extremely easy bike to ride: the light clutch lever has a late bite point but the bike will pull away with only a handful of its burbly revs emitting from the short, stubby side exhaust and the twin-cylinder engine.

Suspension and ABS-assisted brakes might not be GP spec but they serve a purpose and perform well given the price point of the Yamaha.

New Pirelli Phantom tyres are an ideal accompaniment to the lightweight and agile nature of the bike. Easy to flick from side-to-side on the twisties thanks to its sweet handling chassis.

The handlebars are closer to the rider than on the MT-07 which offers a slighter more upright riding position, this also means the new, round digital display is closer and not within glancing range of a 6-footer.

It's not a huge deal to move your head instead of your eyes but that depends on how much you rely on the information provided.

Overall the XSR700 has a more refined finish than the MT version with its smattering of brushed aluminium parts and new round LED lights.

Check back soon for the full road test and video, coming soon to Bike Social.