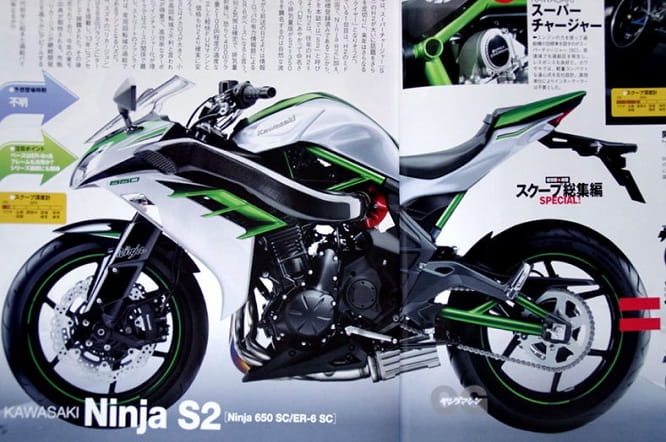 Kawasaki are set to bring out a smaller version of the supercharged Ninja H2, according to a Japanese magazine.

Young Machine, who are often on the ball when it comes to new models from Japanese manufacturers, are featuring images of what they’re calling the Ninja S2 in their latest issue.

It’s thought the S2 is a 650cc version of Kawasaki’s mental supercharged superbike and it makes complete sense. When Kawasaki unveiled the H2, and its bonkers brother, the H2R last year speculation ran wild that the factory’s experiments with superchargers could lead to high power yet economical smaller capacity machines.

In 2013, Suzuki unveiled the Recursion, a 598cc turbocharged concept that they said could make the power of a 1000cc bike, but retained the handling and better economy of a 600cc model. With Governments across the globe cracking down on emissions, this could well be the direction motorcycle manufactures go down to get around such restrictions. 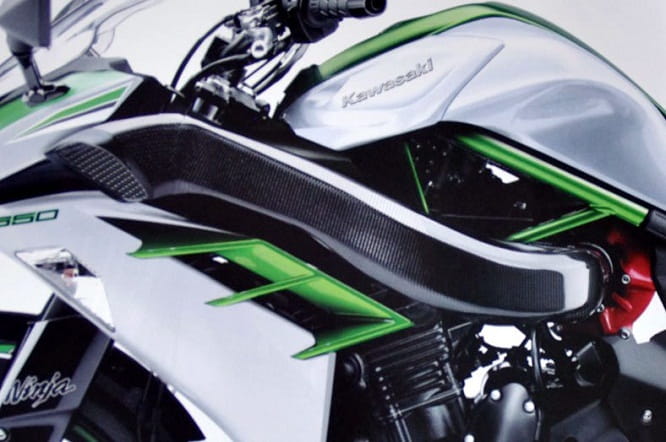 While we’ve seen a resurgence in litre sports bikes over the last year, with Yamaha’s new R1, the 1299 Panigale and BMW’s S1000RR, the 600 supersports category is very much dead. Could this be the way to revive it?

While many were hoping that Kawasaki's next supercharged machine would be based on the ZX-6R's inline four, these mock-ups appear to show a twin-cylinder powerplant like that used in the ER-6. Coupled with the upright bars and half-fairing, could this suggest that the Ninja S2 will be more of a sports commuter?

Kawasaki has recently unveiled the new ZX-10R, suggesting the Japanese firm may have other ‘big’ new bikes to unveil at next month’s Milan show. Watch this space!