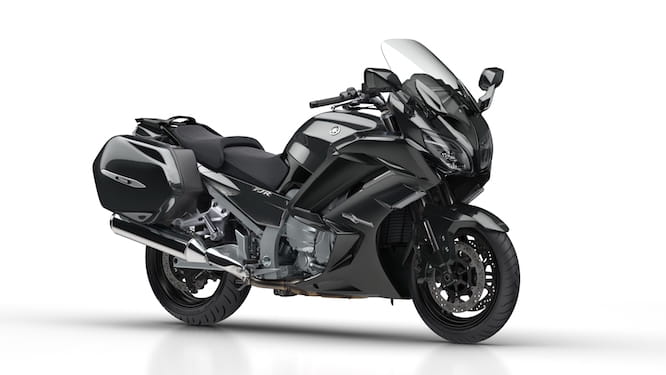 Yamaha have revealed the FJR1300 line-up will get an updated specification for the 2016 model year at Motorcycle Live.

The iconic sports tourer is set to get a range of upgrades, including an entirely new 6-speed transmission that’s said to give increased acceleration together with reduced rpm during high speed top gear cruising.

The entire gearbox has been redesigned and the FJR becomes the first Yamaha to feature a separate dog clutch with newly designed helical gears. The new gearbox is some 400 grams lighter than the 5-speed conventional transmission found in earlier models.

The FJR also gets a new A&S (Assist and Slipper) clutch, similar to the one found on the all-conquering Yamaha YZF-R1. The A&S clutch utilises a slanted cam located between the clutch boss and pressure plate, enabling smoother downshifts for improved chassis stability when decelerating.

All new LED lighting at the front and year modernises the look of the FJR, while new cornering lights enhance the bike’s night riding capabilities. Refined instrumentation and a new Matt Silver colour option round off the changes.