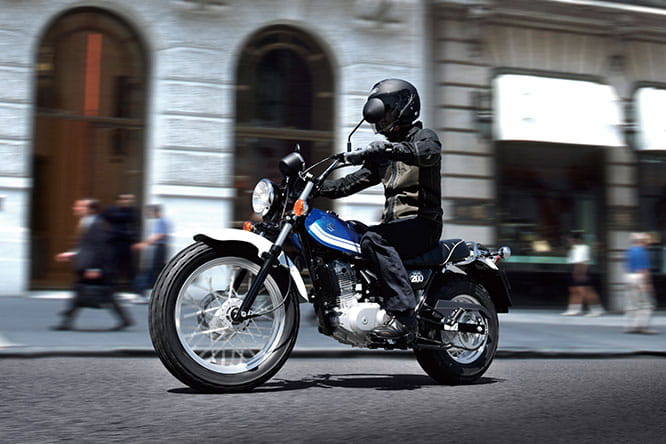 The iconic, small capacity, retro Suzuki VanVan gets a brand new engine for 2016, taking its displacement up from 125cc to 200c but one less gear. It's now a 5-speed, not a 6-speed bike.

It remains as an air-cooled, 4-stroke, single-cylinder lump with the emphasis on low-to-mid range power.

The learner-friendly machine also retains its classic looks and uber comfortable and wide seat, spot on for both rider and passenger. And at just 770mm high, same as the 125cc, it’s a viable option for the shorter or less confident rider.

To soak up the pot holes and man holes, 33mm-innner-tube telescopic front forks and single-shock absorber rear suspension with 130mm of wheel travel combine with an 18-inch 130/80 front tyre on an aluminum-rim wheel and extra-wide 14-inch 180/80 rear tyre. 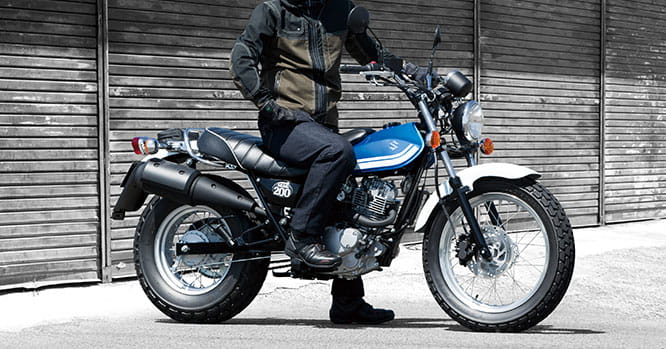 A slim shaped 6.5-litre fuel tank will be enough for short commutes and town riding while a white on black, glow-in-the-dark speedo also adds to its retro feel. 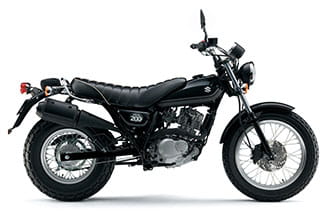 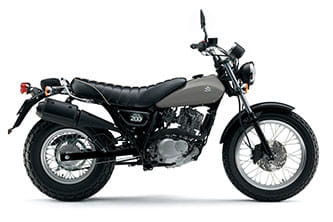 Price, availability ad power figures are set to be released imminently. Stay tuned to Bike Social as we report live from the Milan Motorcycle Show.