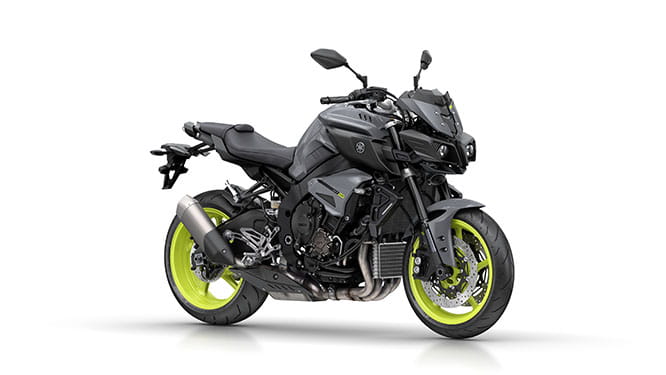 Having stolen the show last year with the latest YZF-R1, it was almost inevitable that a Yamaha would come out with a naked version for 2016.

Using a version of the R1-S motor with steel valves and steel conrods rather than the titanium items in the atest Yamaha R1, it is the biggest and most powerful MT yet and will be in UK dealerships from May.

No power figures are being claimed yet but, as is the norm for unfaired models, the 998cc lump has been retuned at the top-end to give a beefier bottom to mid range. We understand however the engine will be similar spec to the US only R1S model, which is about 5bhp down on the standard bike, and with a wheelbase of just 1400mm we’re imagining that this will be a feisty one.

Although final details are not yet confirmed, we do know the MT-10 retains much of the R1’s sophisticated electronics, with the fly-by-wire throttle system, three power modes and three traction control settings. There is also a slipper clutch fitted as standard.

The pistons and fuel injection systems are specifically designed for the MT-10 and a new feature is the addition of cruise control, which can be activated from fourth through to sixth gear, between the speeds of 50kph (31mph) to 180 kph (120mph).

The chassis and suspension is based on the R1, with recalibrated 43mm KYB front forks and four-piston, 320mm discs. Abs is standard, as are Bridgestone tyres.

The MT-10 is available in three colours: Night Fluo, Tech Black and Race Blu and will be in dealerships from May 2016. 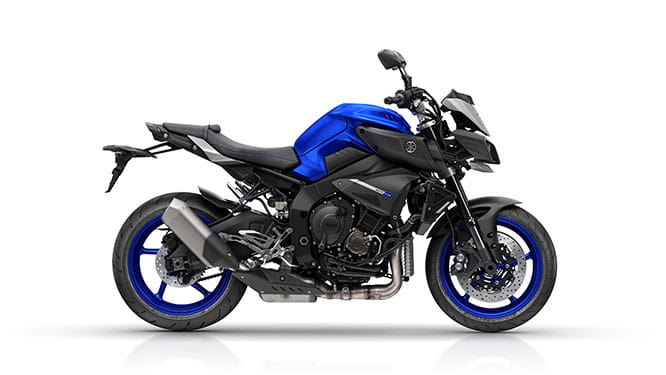