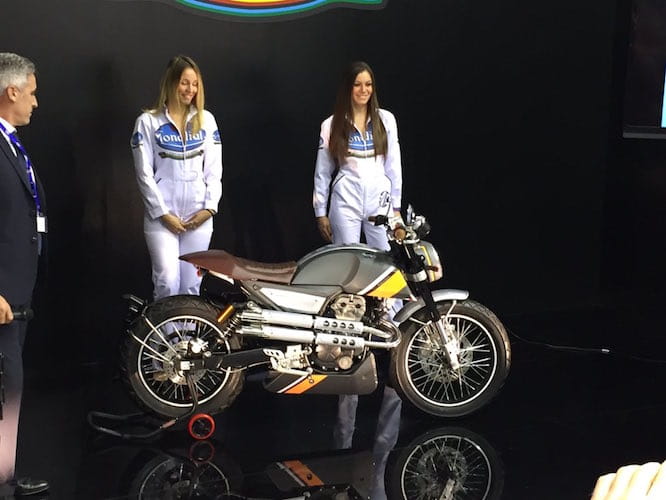 Legendary Italian motorcycle manufacturer Mondial is back in business and building a new 250 and 125 retro bike called the Hipster.

The firm was reborn by brand owner Pier Luigi Boselli and Italian business man Cesare Galli, who had a dream to bring back the famous manufacturer and get it going again.

Back in 2014 the owners started to lay the foundations for a new motorcycle and designed the new Hipster during 2015. It features upside down front forks, retro styling and weighs in at 130kg dry.

The Mondial Hipster features a single-cylinder engine and is available in either a 125 or 250 version.Mondial also plans to grow their brand in to other areas with new bikes planned to be launched in 2017 and continuing to launch until 2023.

Plans include everything from a Scrambler, a Cafe Racer, a street fighter, an enduro and a super sport bike using a range of different engines from leading manufacturers.

Mondial were founded in 1948 in Lombardy, Italy and were made famous by winning 10 Grand Prix world championships between 1949 and 1957, and three TT victories in the fifties. They closed down in 1972. But were then reborn with an ill-fated and brief attempt at building a superbike under different owners using a Honda SP-1 Honda back in 2002 called the Mondial Piega.