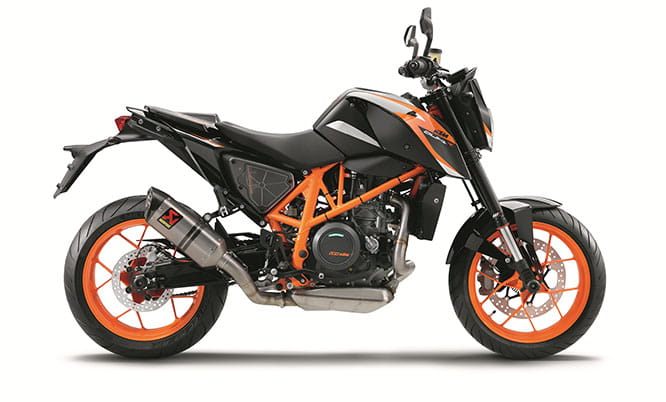 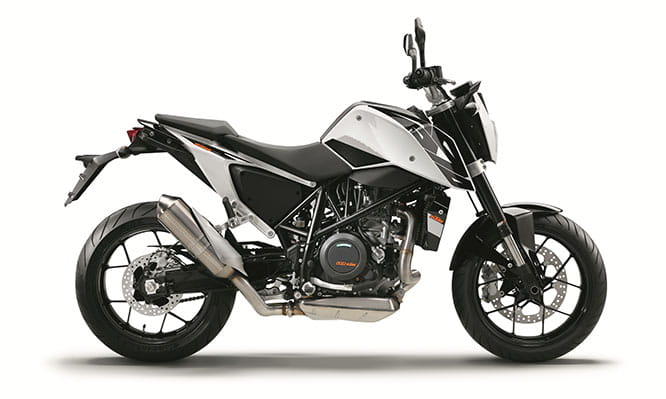 The new 690 Duke and Duke R get a tweak with 1000rpm of extra revs thanks to a new cylinder head, refined exhaust and inlet systems, and another balancer shaft to smooth out the punchy single-cylinder motor. It gets new mapping too and updated fuel injection system helping the standard four-stroke 690 Duke make a claimed 73bhp, and the Duke 690R produces 75bhp making it the most powerful production single-cylinder motorcycle. 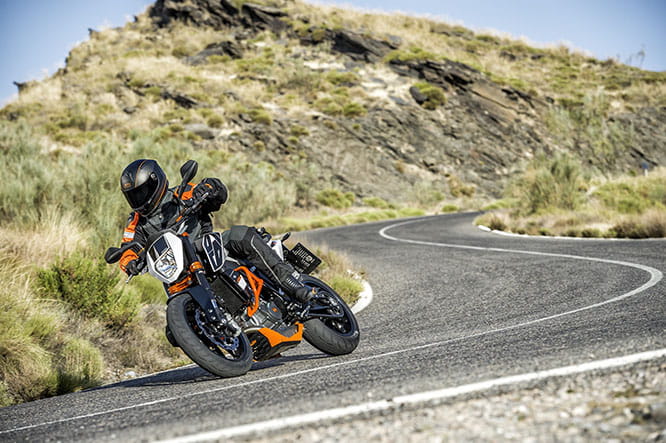 Other tweaks include new steering geometry to improve stability and cornering precision, ABS as standard and an optional track pack which includes a sport and rain mode, traction control and Motor Slip Regulation (MSR), or electronic engine brake control which seems to be the new buzzword for 2016.

The R also gets the lean angle sensitive ABS, traction control and the Motor Slip Regulation, plus a Supermoto riding mode to allow the bike to be a bit more loose in turns. Or backing it in as the kids call it.

Like the 690, the R gets a full-colour TFT display dash and the chassis change. Visible changes include the orange frame, LED indicators and a racy seat cover. 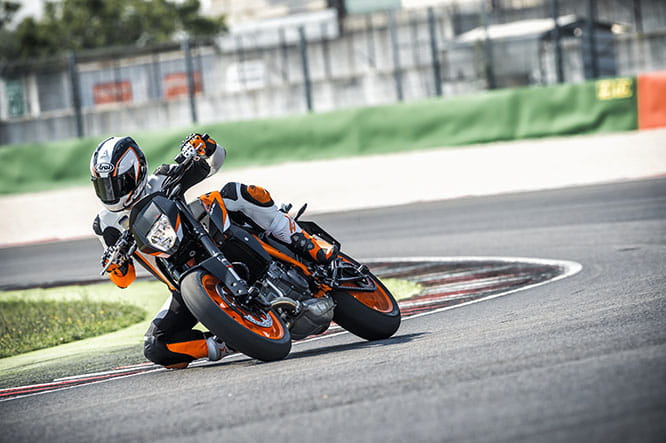 The Austrian manufacturer has produced 50,000 since 1994 and claim this is the most sporty, modern and versatile of the 5 generations.

No prices are yet available but Bike Social will be riding both bikes at the beginning of December.